Okay not really. Instead I escaped to Sebright Gardens, I just liked the flashback title, what can I say—I'm feeling nostalgic lately. It had been awhile since I ventured south to Sebright and things in the 'hood were getting a little chaotic (long story) so the time seemed right to get away for a few hours. I was not disappointed. 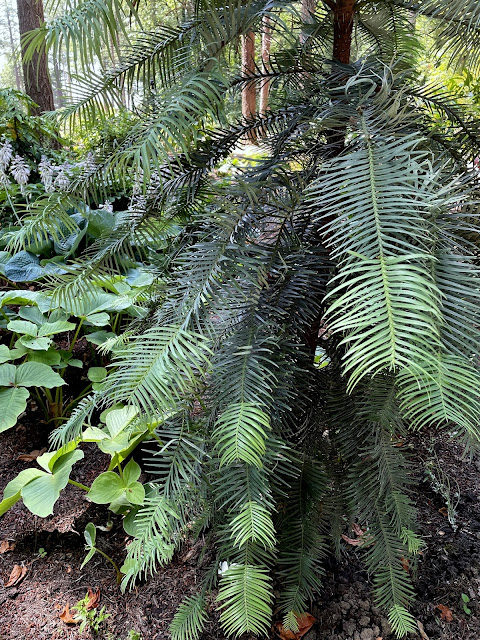 The display gardens at Sebright were under expansion the last few times I visited. In fact in the COVID isolation days Andrew and I were treated to a guided tour through the under-construction areas by Thomas Johnson, half of the Sebright power-duo that owns the place. I was shocked by how much everything has grown since then. Their Wollemia nobilis is the healthiest specimen I have seen of this unique Australian conifer. 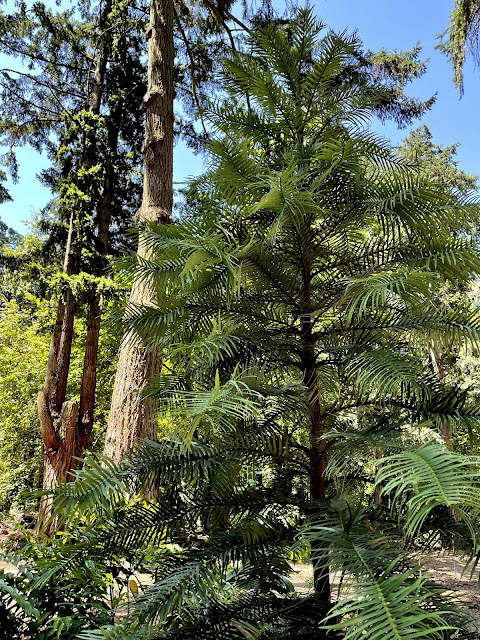 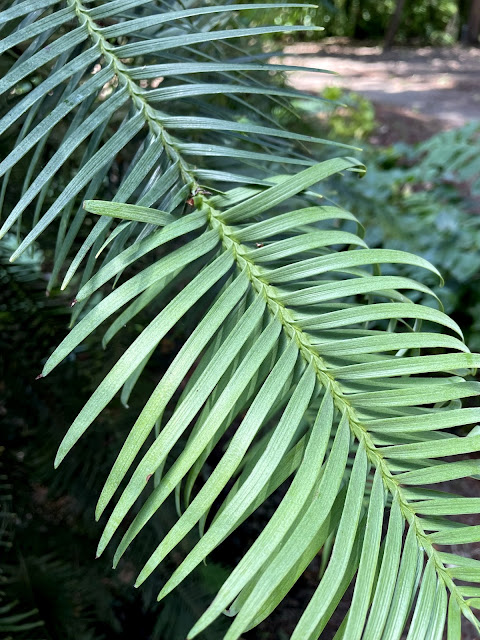 Many plants stopped me as I wandered, but I only took photos of the truly remarkable ones. This variegated daphniphyllum was the next to fit that description. 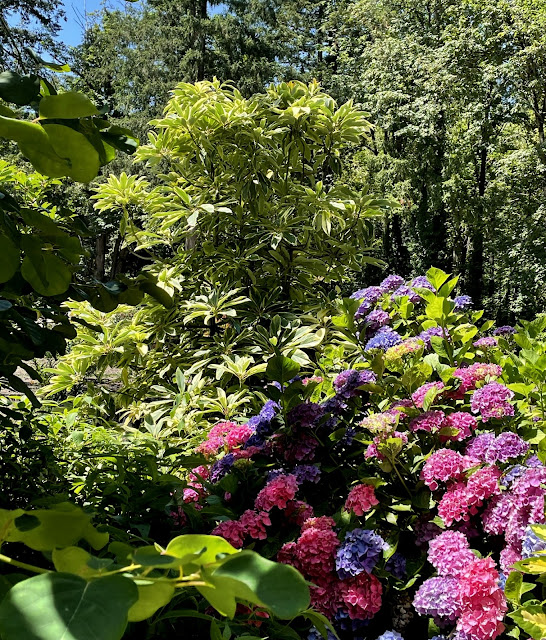 Labeled as Daphniphyllum himalayense macro. var., this is the same as one I visit at the Bellevue Botanical Gardens up in the Seattle area, variegation-wise. 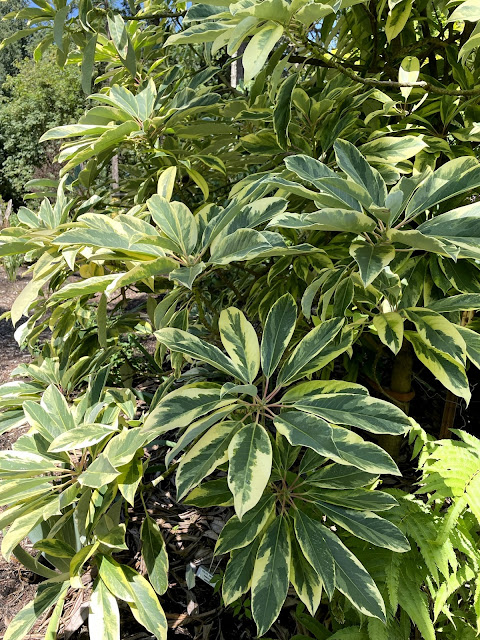 Good to know there's more than one of these here in the PNW. 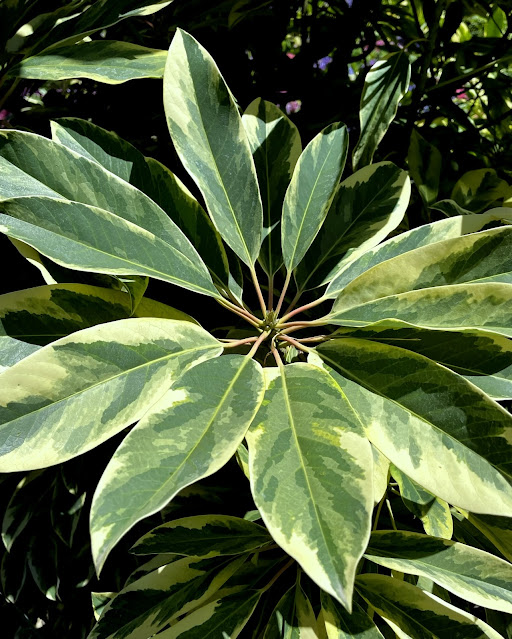 Not sticking to just the fancy, hard-to-find versions, there are also a couple plain green Daphniphyllum himalayense in the garden. 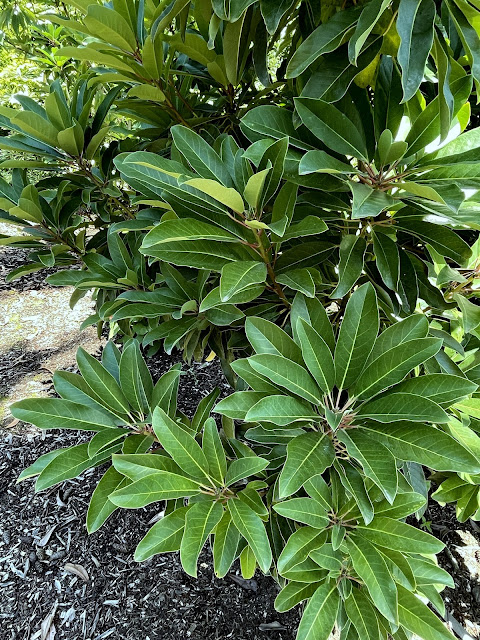 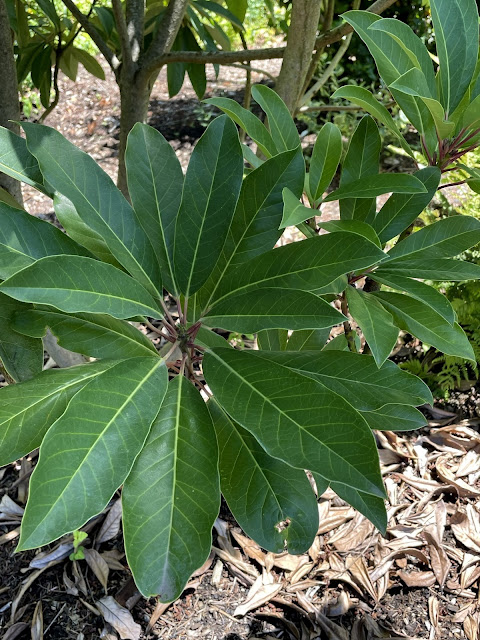 And the green on green variegated version that I have. 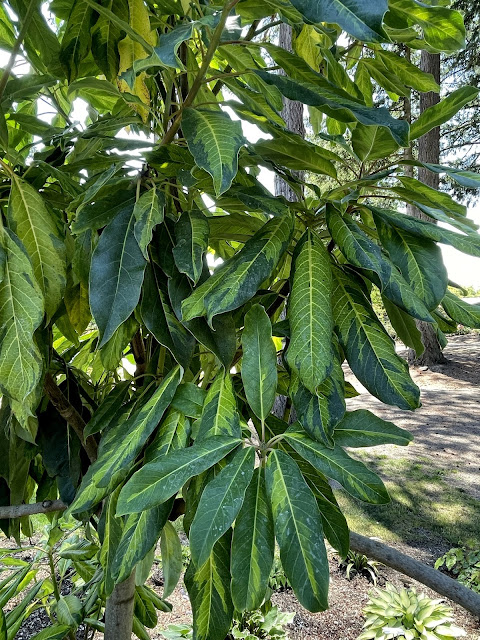 Now I know where to go to see ALL the daphniphyllum in one place. 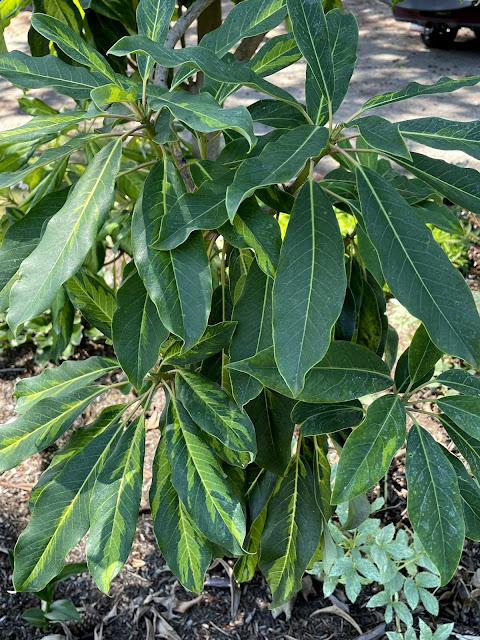 My favorite oak—Quercus dentata, aka the Japanese Emperor Oak—is growing in the older section of the display garden. 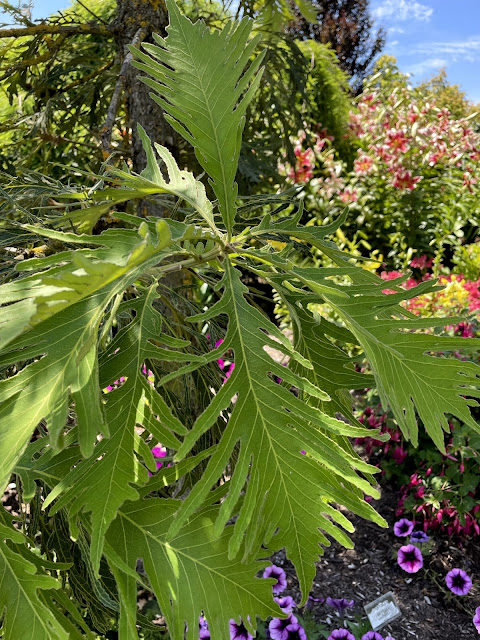 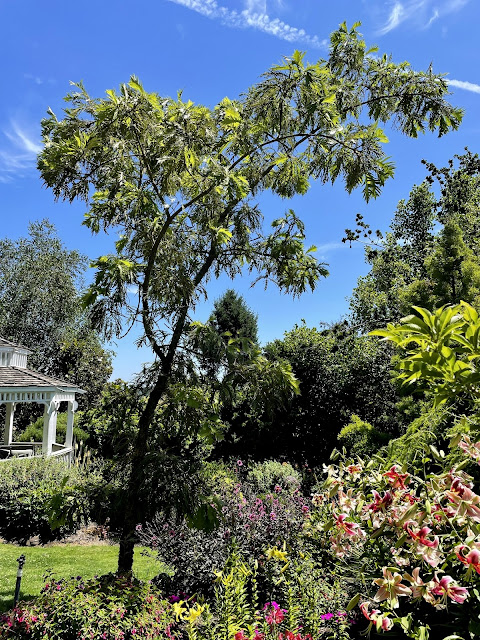 Thankfully there's also an agave in the garden—and not just any agave! Agave americana var. medio-picta 'Alba', one you don't generally see in the ground in these parts. It's happily pupping away too. 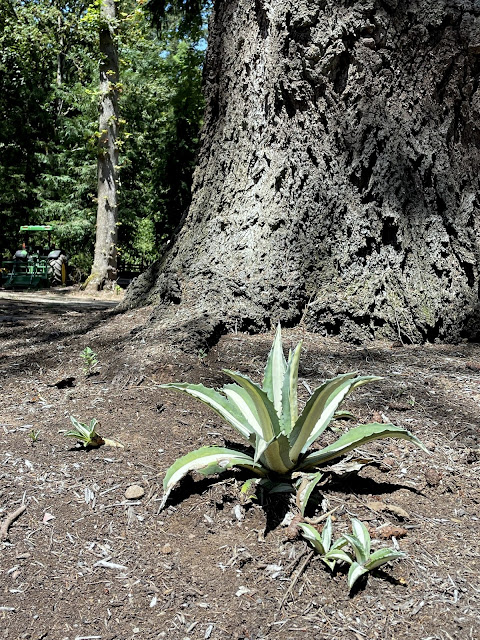 Naturally I bought a couple plants. It seems I can't say no when I see a well grown Coniogramme emeiensis 'Golden Zebra', I also grabbed a pair of Pellaea viridis, aka green rock fern...I don't recall seeing this one before. 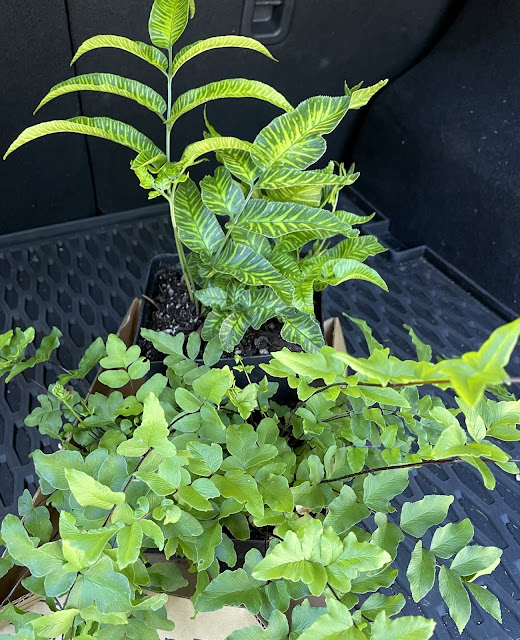 Since I was down south I also made a stop at Bauman's Farm and Garden. As I wandered there I realized I was a little overheated, dehydrated and hangry... so no photos. Thankfully my condition didn't stop me from purchasing this big bad boy—Epiphyllum oxypetalum—for just $24.99! 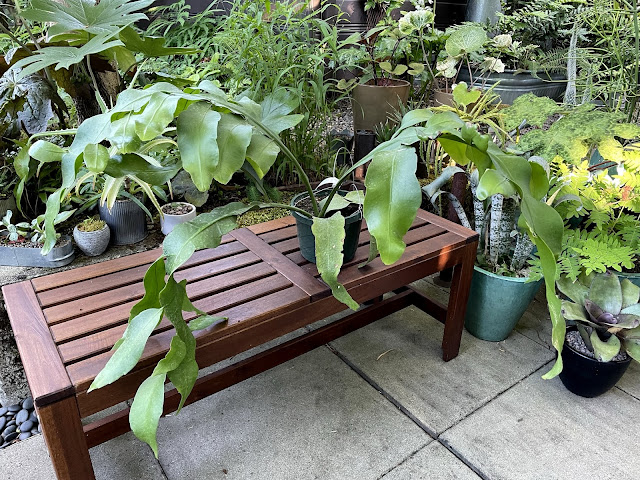 I mean I wasn't really in the market for another epiphyllum, but when you find one this large, for such a reasonable price, well you jump. 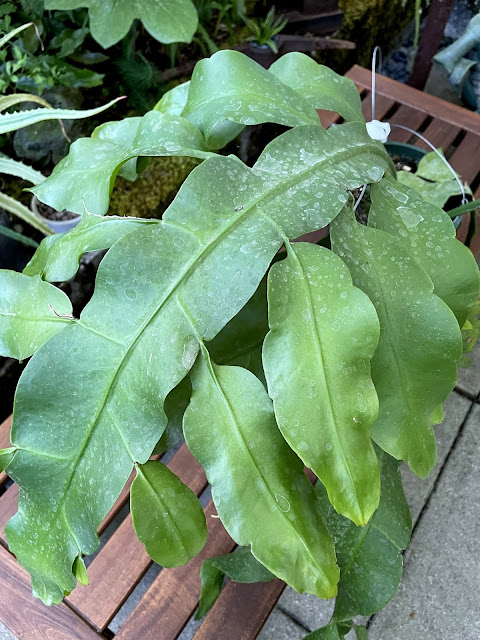 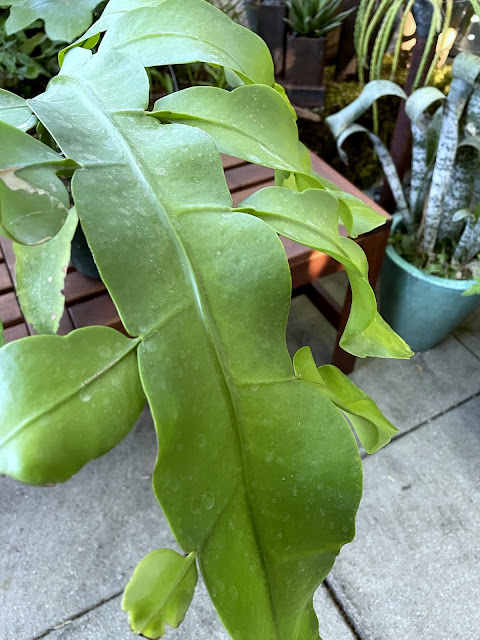 Escape to Witch Mountain was a film and book from my childhood, read about it here. All material © 2009-2022 by Loree Bohl for danger garden. Unauthorized reproduction prohibited and just plain rude.