Into the mountains, the San Gabriel Mountains 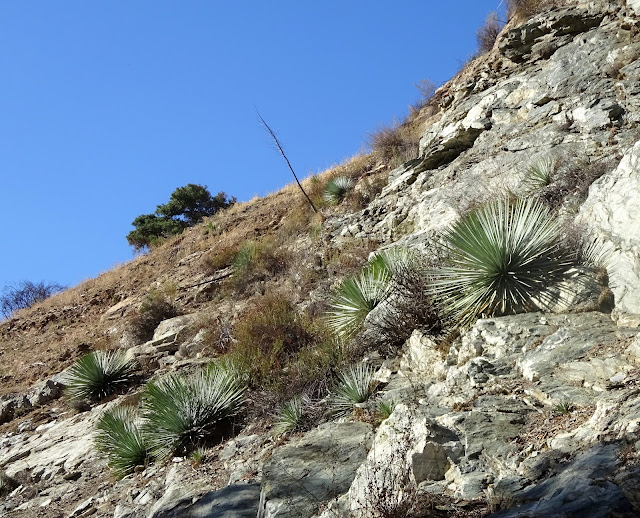 While planning our November trip to the Los Angeles area, Andrew hatched a plan to fish an area up in the mountains. I was thrilled to have the chance to venture up and see them close. 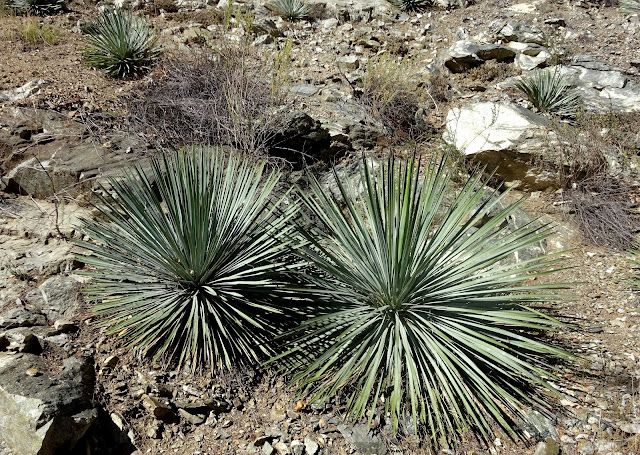 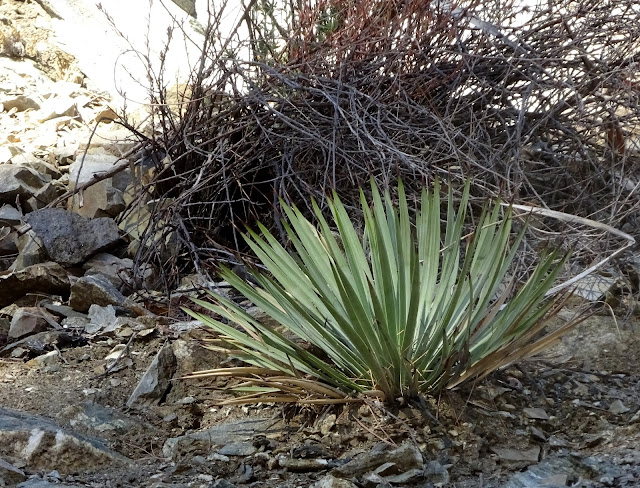 We drove for miles up, up, up on very curvy roads, I was in awe of the yuccas hugging the rocky sides of the cliffs. 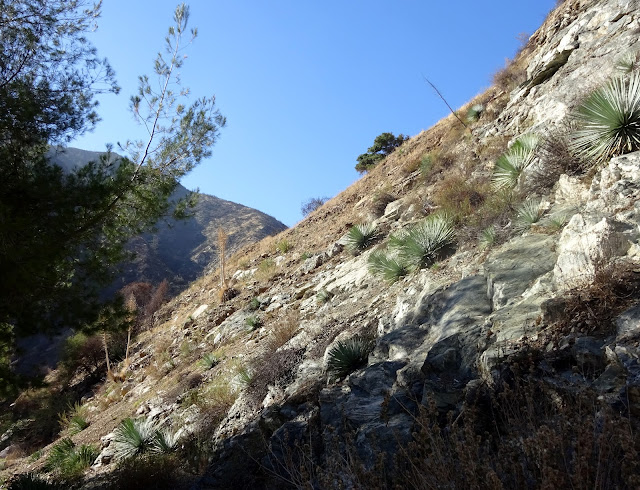 There were small yuccas, huge yuccas, and bloomed-out dying yuccas. 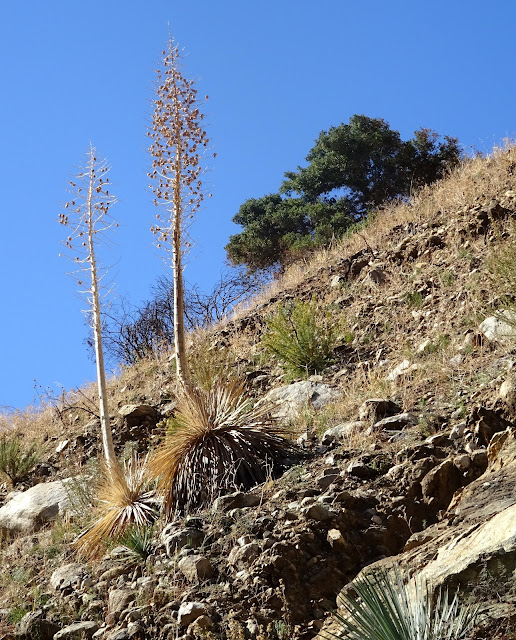 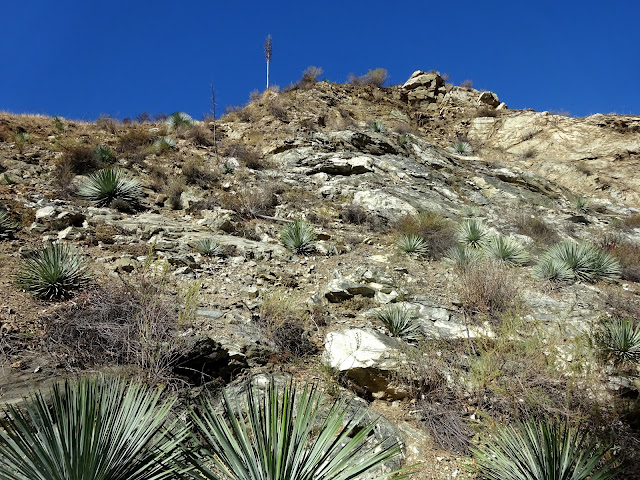 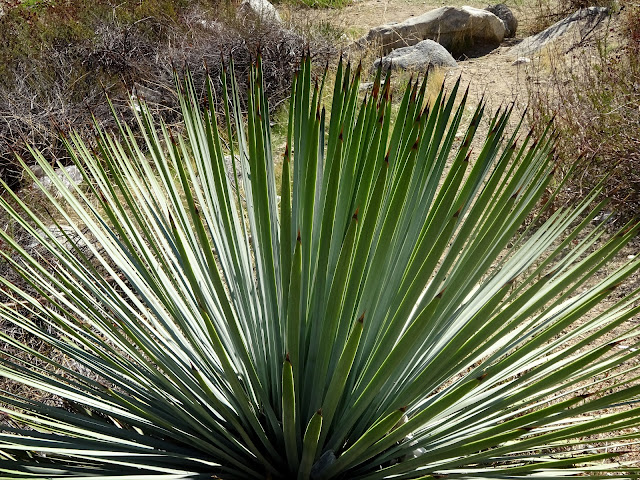 The plan was I'd drop Andrew off, he'd fish for a few hours, and I'd backtrack down the mountains and visit the LA Arboretum. Then—at the appointed time—we would meet back up by the side of the road. Except he had no cell phone service, so if anything went wrong (broken leg, nefarious visitors) I'd have no way of knowing where he was, or how he was. I left him here, and hiked back to the car... 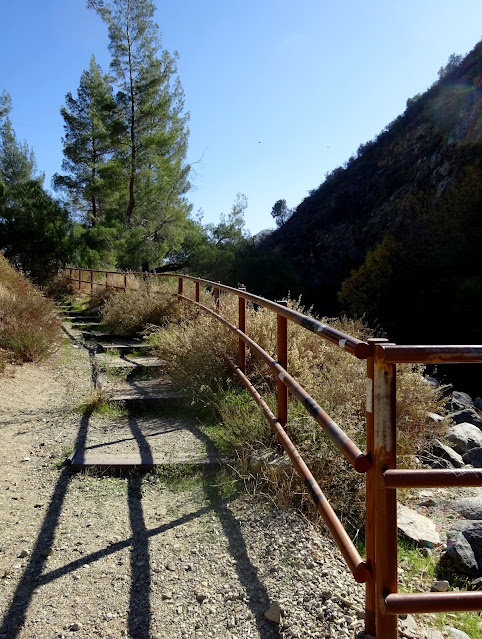 When the time came for my return trip I was worried (would he be there?), but still managed to stop to take a photo of the mountains and the reservoir on the way. 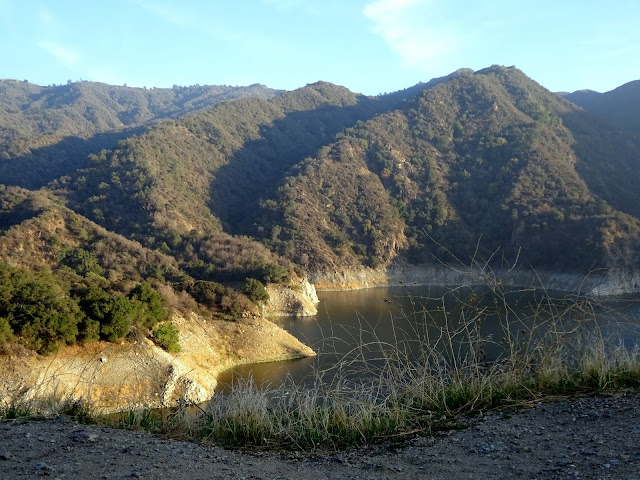 I arrived, parked, and waited. I decided to get out and take a few more photos to pass the time. 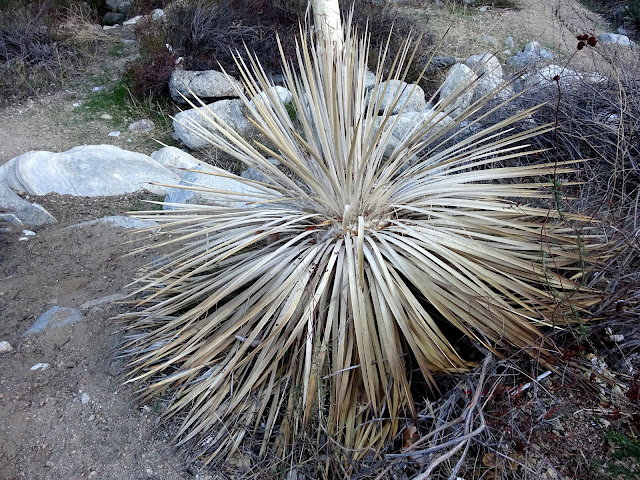 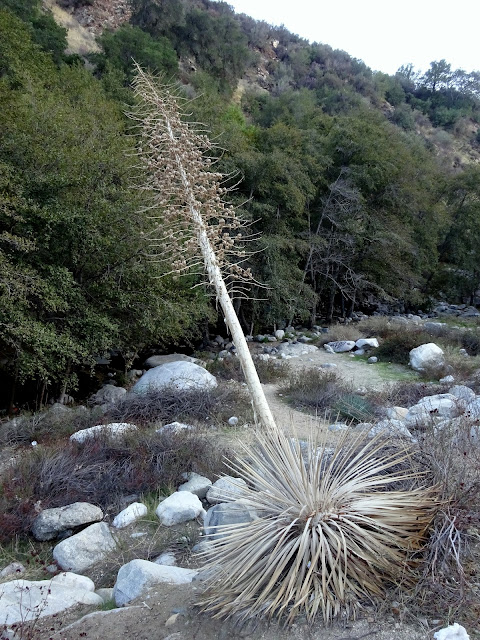 Oh! Pay attention to the base of this tree... 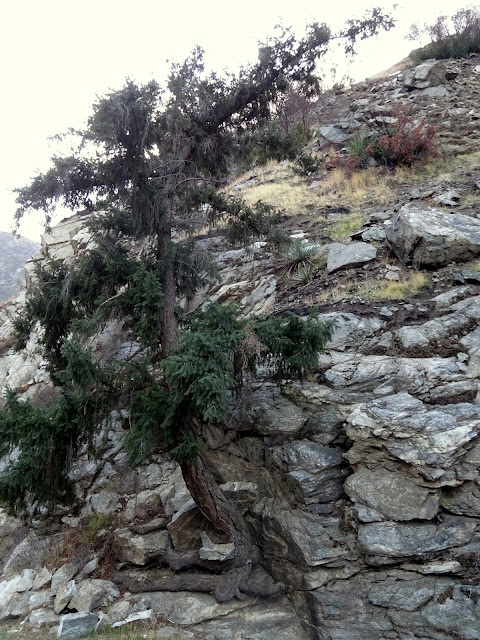 It's grown and busted the rock, taking some of it along as it grew. 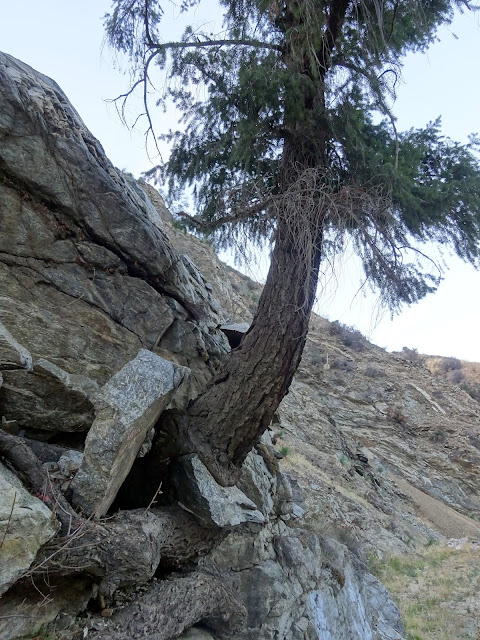 Thankfully Andrew walked up to the car as I turned after taking this shot. We both had a great day and were off to enjoy dinner and a glass of wine... 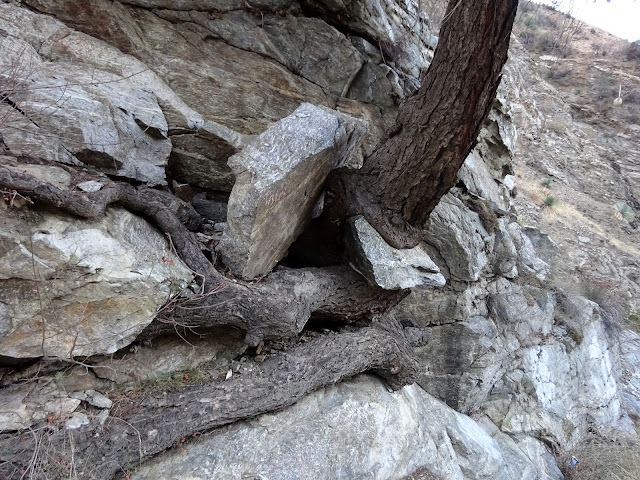