When shrubs get leggy...

I've done light tip pruning in the past to promote new growth and/or to keep shrubs on the small and bushy side, but cutting into older wood—wood with no leaves—has always scared me. What if I make the plant even uglier? On the flip side, when the plant is ugly enough that I'm considering getting rid of it anyway, what is there to loose?

The first example I have to share, my Daphne x houtteana, wasn't quite that level of ugly—yet. However our late winter snow and ice did a number on the early new growth, and broke a few branches too; giving the small shrub and even more awkward look. Here it was deep in snow, you can see those exposed legs too... 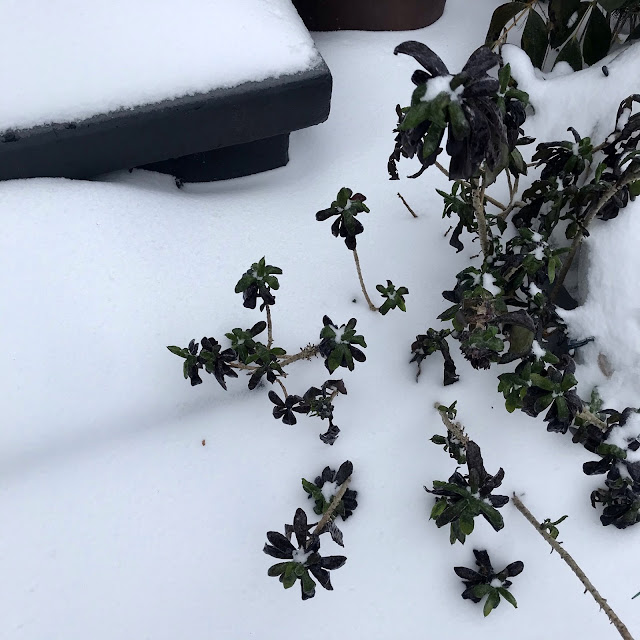 There was a nice thick coating of ice to top things off, it seems there always is. 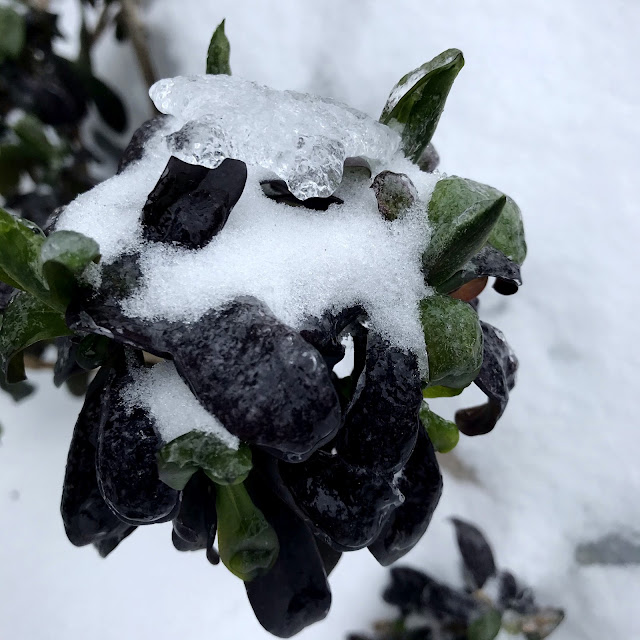 Here it is now, looking pretty darn wonderful, better than it has in ages. Of course the fact it's hugging one of the pair of Agave ovatifolia 'Frosty Blue' by our front steps helps amp up the sexy factor. 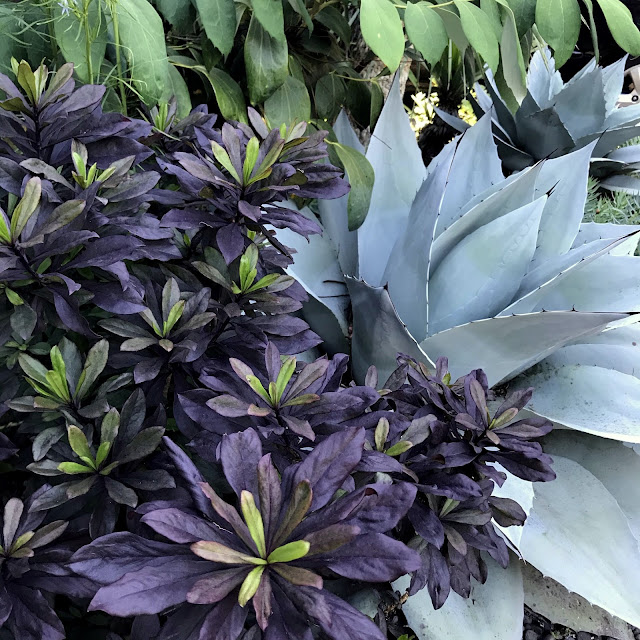 It was really hard to cut into those leafless branches, afraid I was making things worse, but the new growth that's emerged is so lush! 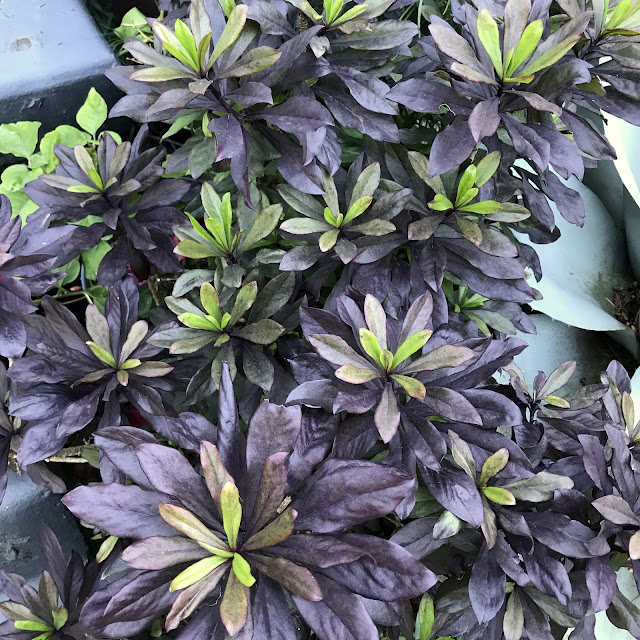 The next victim in my crosshairs was this Rhododendron pachysanthum, you can see why. 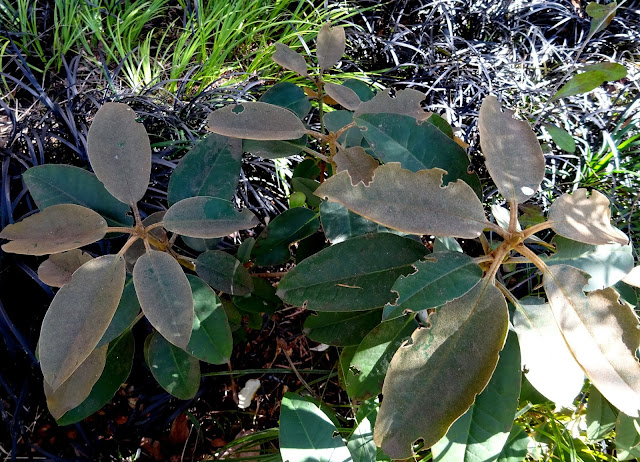 Here's the post-pruning new growth. It's not really colored up much (but it will, that happens later) and all I have to offer is a lousy iPhone photo—taken carefully leaning in on crutches—but you get the idea... 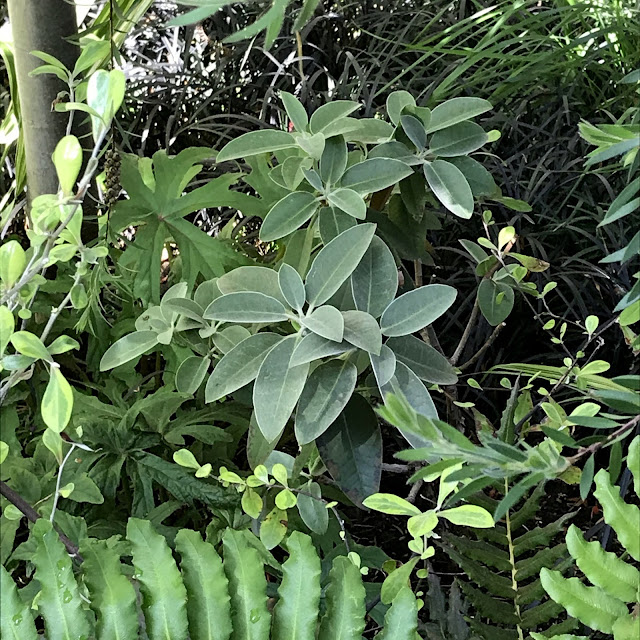 Pseudopanax x 'Sabre' was the next experiment, and it was a drastic one. Because of mixed reports on hardiness—and the fact I live in a particularly cold spot—I resisted planting it in the ground for too long. It had become quite tall and gangly. Here it is last spring, 2020, circled in orange... 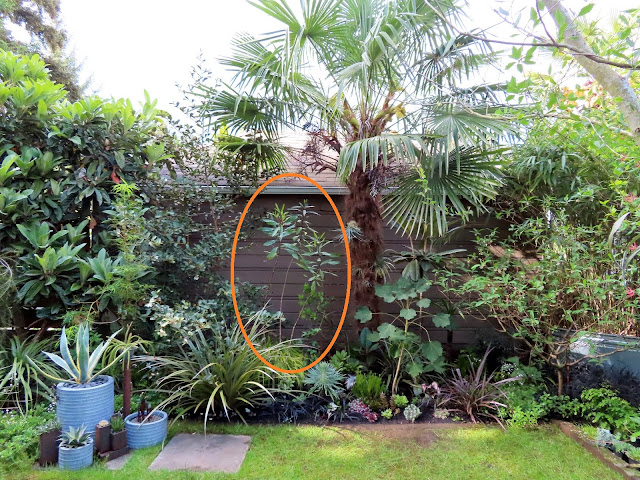 And a photo from when I first brought it home, in 2013, those leaves! 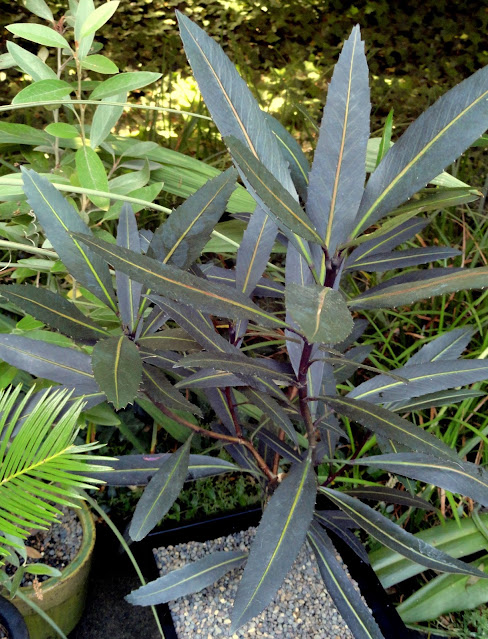 This one was definitely at the point where I just didn't care. It had flopped over even more, and wasn't really contributing to the garden in any positive way. I was ready to just get rid of it, but then a local gardening friend posted a photo on Facebook that had me wondering. Her plant wasn't new, but it was short and full. Did she hard prune it? Back to old wood? She said she did and I decided what the hell! It required a saw and left a three-pronged stump. For the longest time nothing happened and I was certain that was the end of this plant, but then... new leaves! 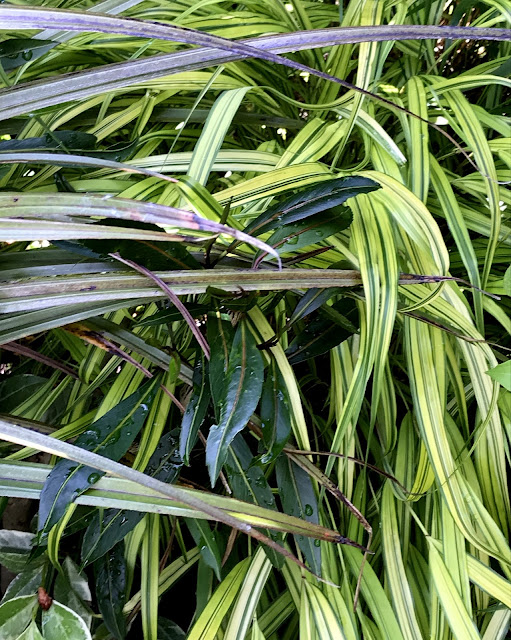 So exciting! Pardon the tip of my crutch. Seriously I thought I'd managed to get it out of frame, but hey, such is life when you're taking photos balanced on one foot and using your crutch like an arm. 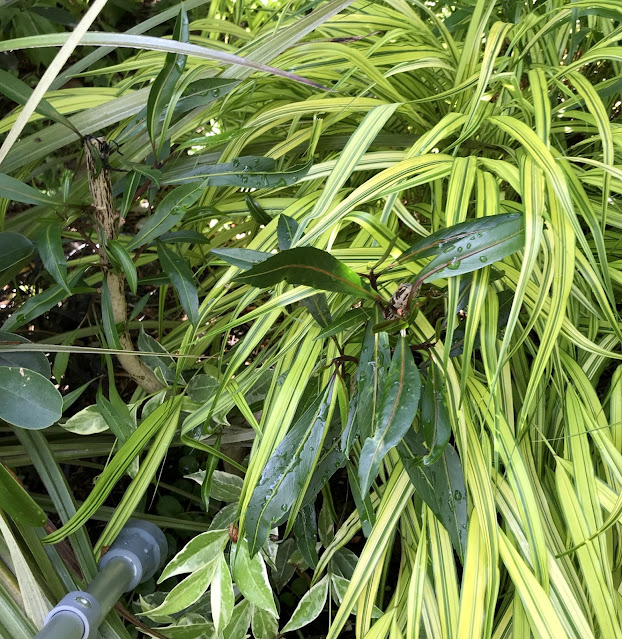 You can see one of the "stumps" from which the leaves sprouted on the left, just above my crutch. I am thrilled this plant is responding so well to the tough-love treatment.
Got the time for one more example? This one was the hardest for me to cut into, my Strobilanthes gossypinus. After seeing it at the NWFG Show in 2016 and falling hard, Peter tracked one down for me just a few months later—it's a Dan Hinkley plant and he happened to be at a sale where it was available. That foliage! This photo from when it was new to my garden... 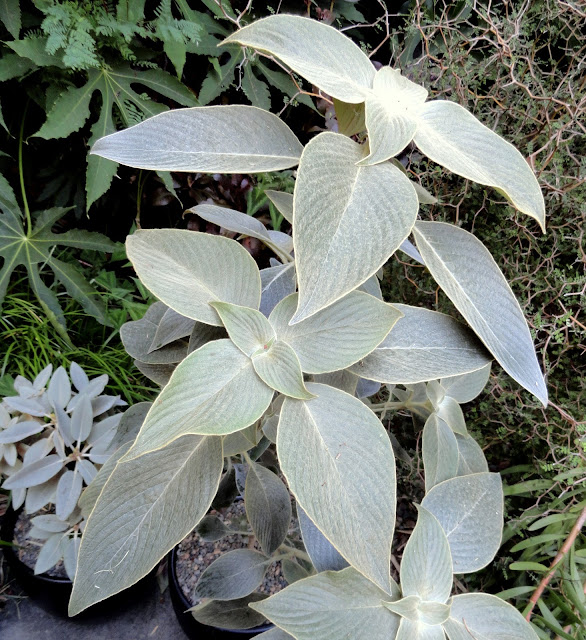 Since it's not hardy in my garden, it's grown in a container. However with time it had grown long legs that just weren't pretty. Dustin Gimbal (garden visit here) also grows it in a container, and encouraged me to be ruthless. So I was. The plant sulked. I worried. But then—several weeks later—little leaves have finally started to appear! Photo taken last week... 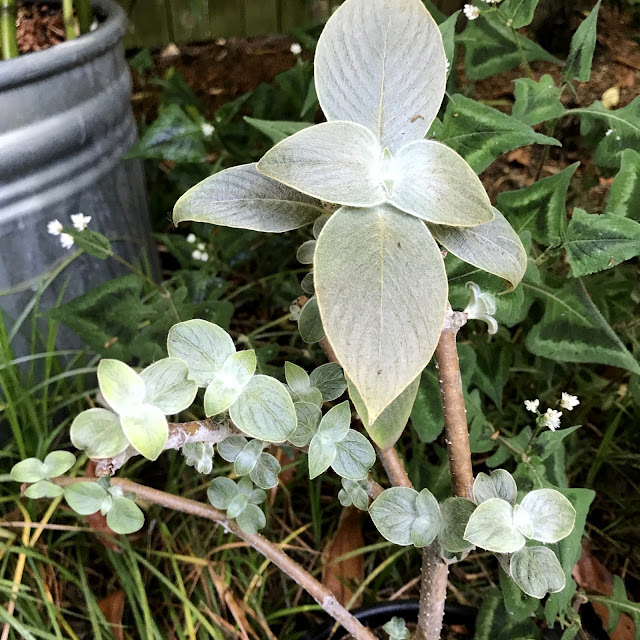 So what's your approach to pruning? Only the lightest touch, or look out here I go!? 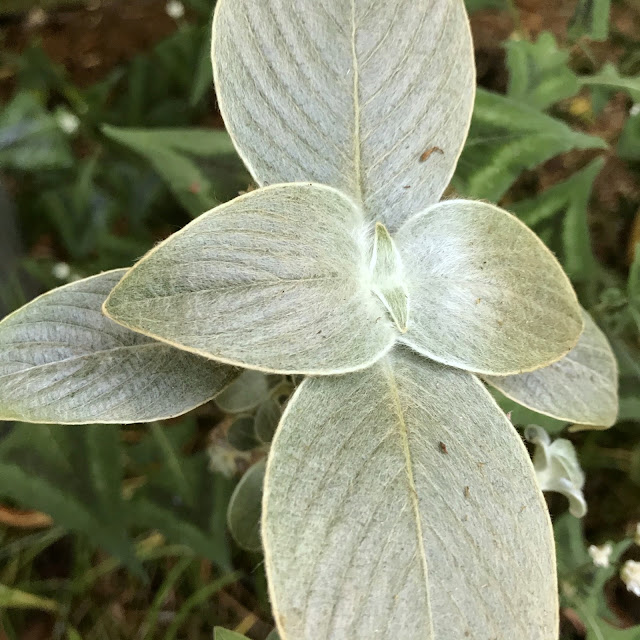