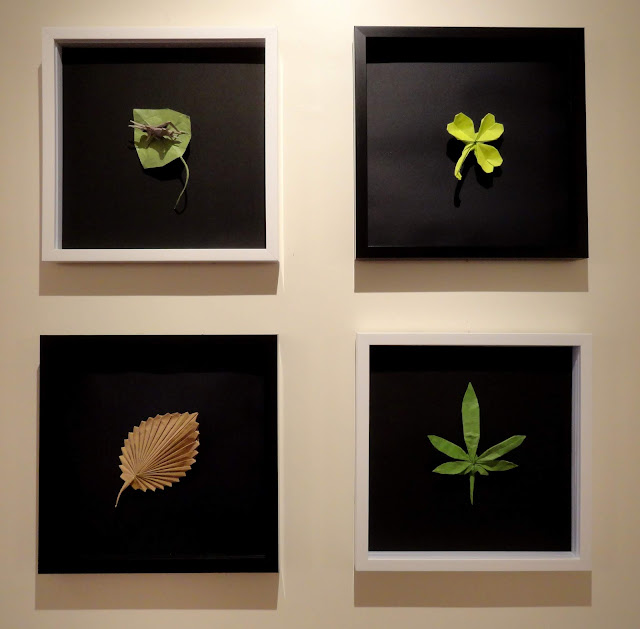 Quoting from the Lotusland website: "In anticipation of the re-opening of the Japanese Garden, we are presenting an exhibition of master works of origami — an art form that has its origins in Japan, and is now hugely popular worldwide. The exhibition features folded paper sculptures created by 13 local and national artists whose work has clearly transcended the craft of origami and entered the world of art. Co-curated by Asian art historian Meher McArthur, and artist Holly Sherwin, the exhibition is divided into three themes, each representing one aspect of Lotusland: Flora, Fauna and Ganna." 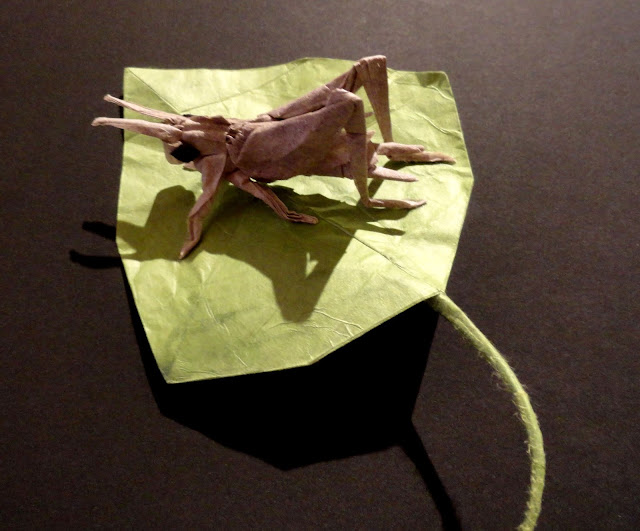 I mistakenly thought the pieces were all the work of the same person, and thus did not photograph the signage with each work, just one. So I can't give credit where credit is due. 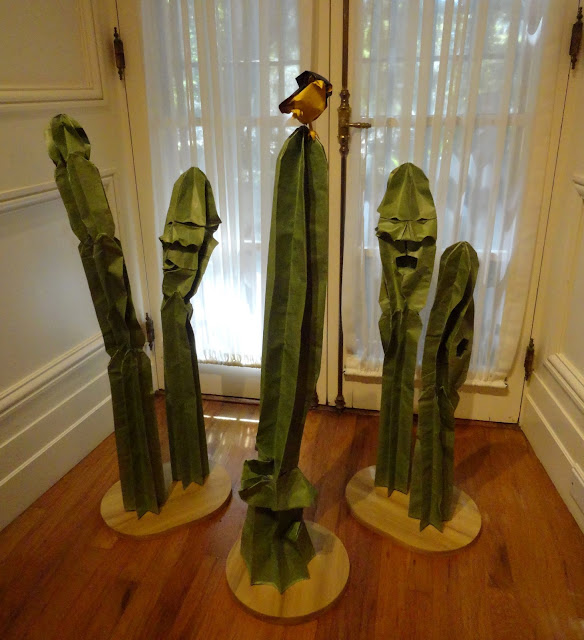 Did you notice the faces? 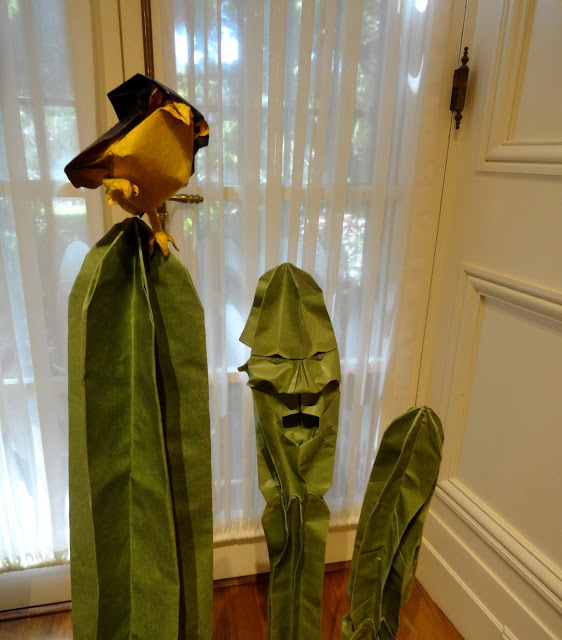 Of course the agaves were my favorite, and horribly difficult to photograph. The lighting made for a nice show, but I took poor photos. I guess you'll just have to check it out in person (runs through May 18th). 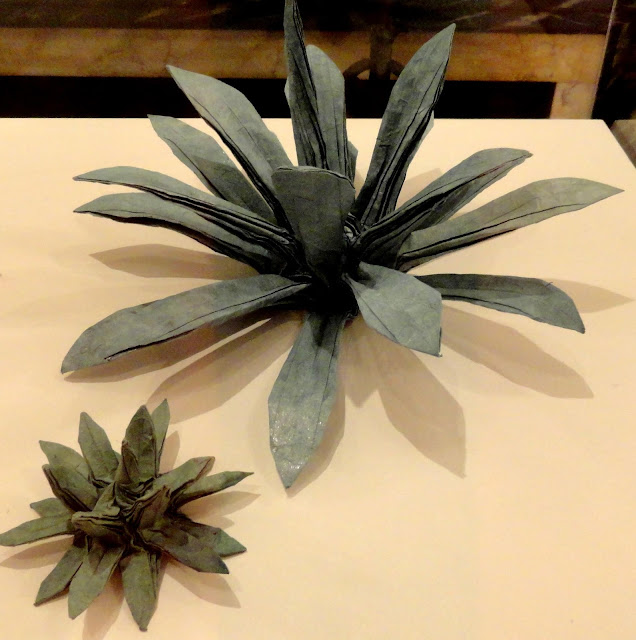 I'd hoped perhaps there would be small origami agaves for sale in the Lotusland gift shop, but no. 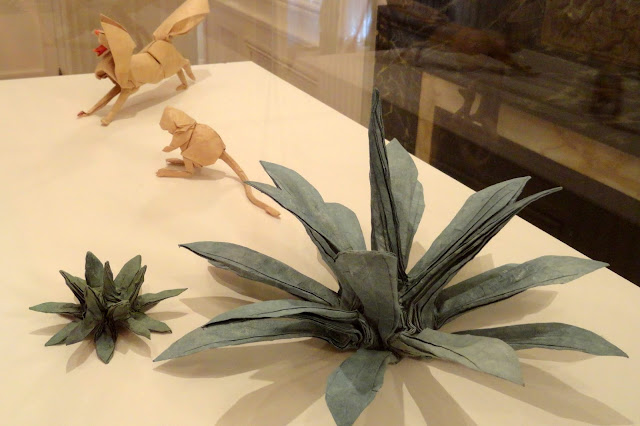 Folded from one piece of paper, can you imagine? 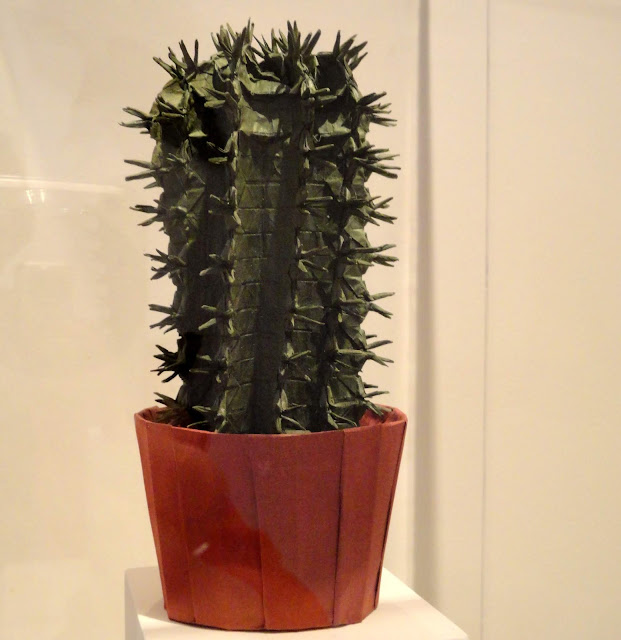 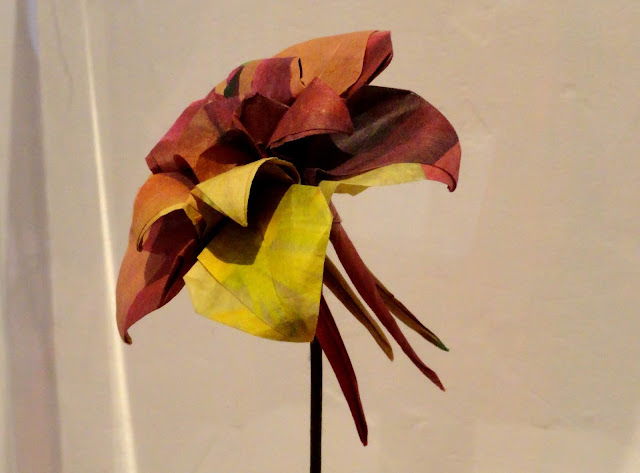 I loved the crows. 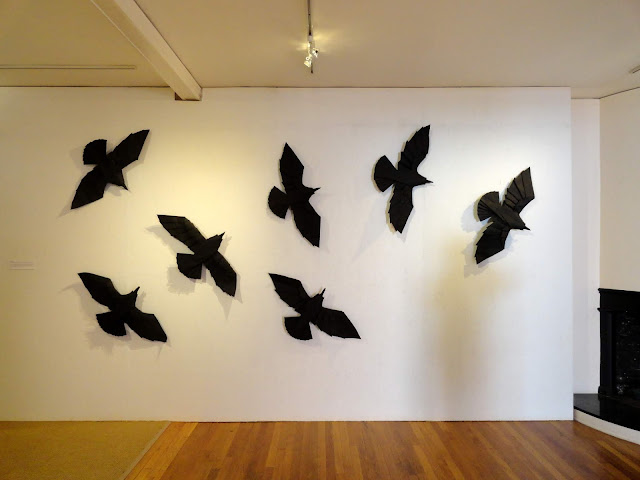 Their shadows added to the drama. 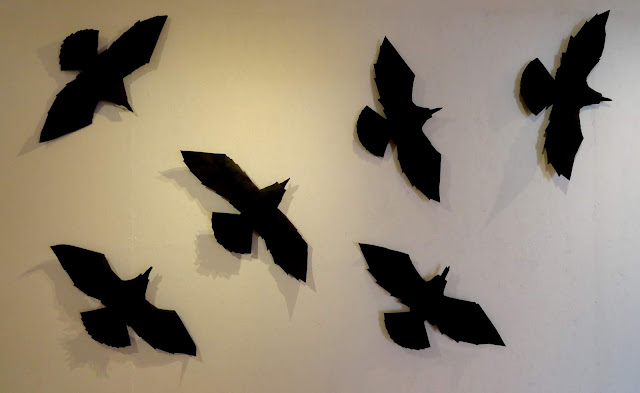 Were these lights meant to represent lotus flowers? They kind of felt that way to me. Or maybe cactus? 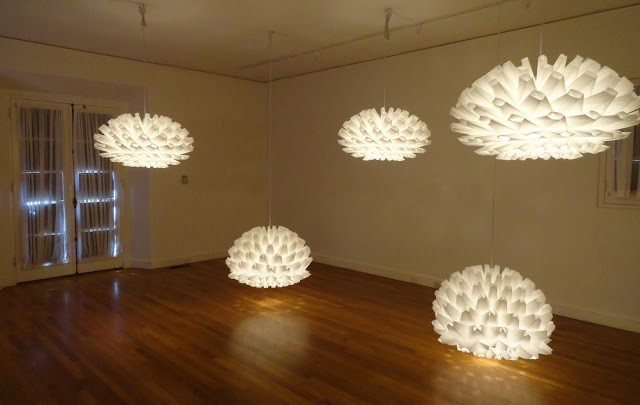 Either way this show was a fun bonus to my Lotusland experience. 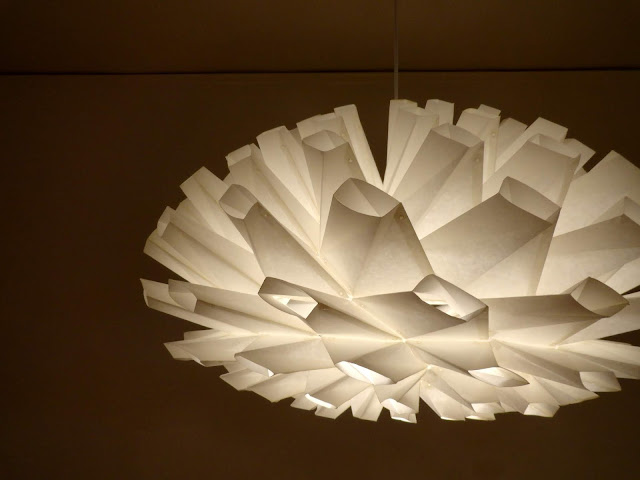