Oh November, you were cruising along all dreamy and then...bam! That harsh east-wind kicked up and things got cold. Not that the garden has had a freeze, which is nice, but it hurts to be outside. I bundled up, grabbed the camera, and recorded what's in bloom. These two Abutilon: A. Nuabyell... 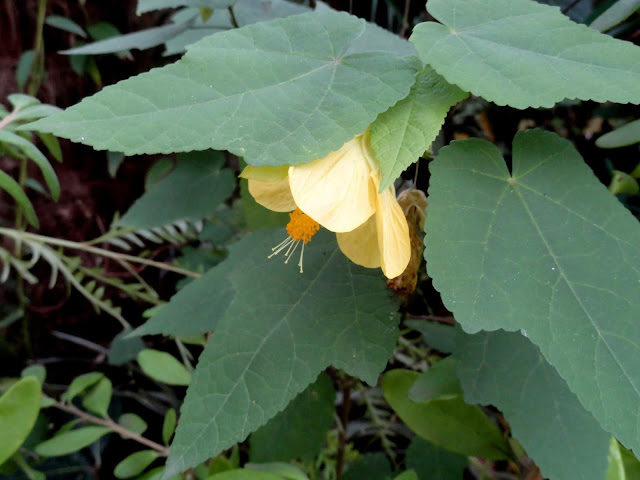 And A. Nuabytang have been going for months now. 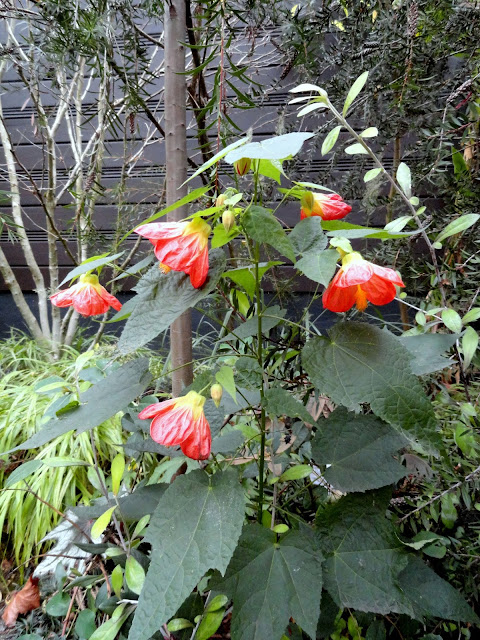 As has Anemone 'Honorine Jobert' 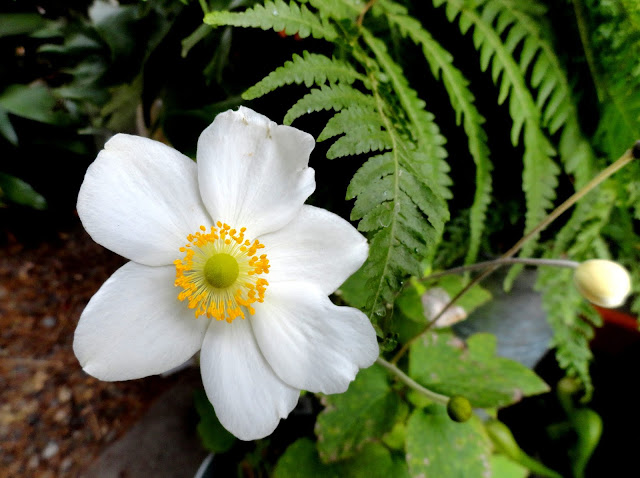 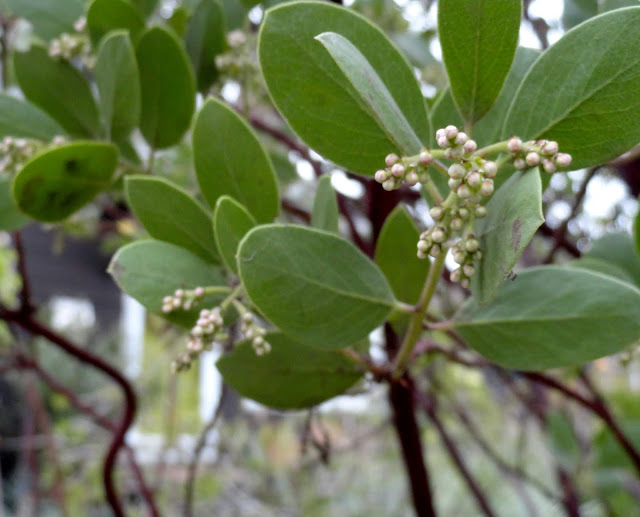 Begonia 'Jurassic Silver Point' is in the basement for the winter, mainly to protect the ceramic container from freezing but if the plant lives too, well that's a bonus. The flowers, I do not like them. 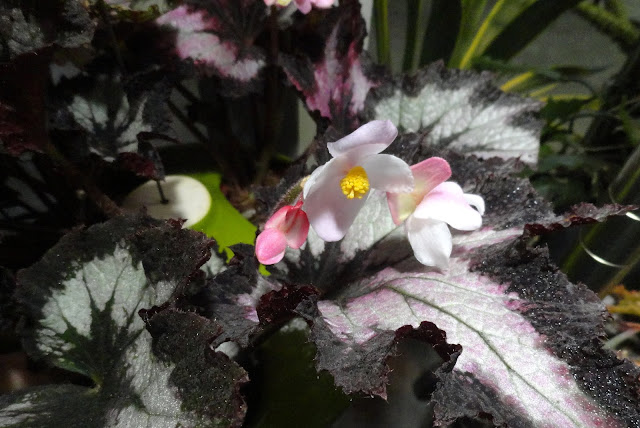 Nor do I like the flowers of Begonia 'Little Brother Montgomery' — with foliage like that who wants flowers? 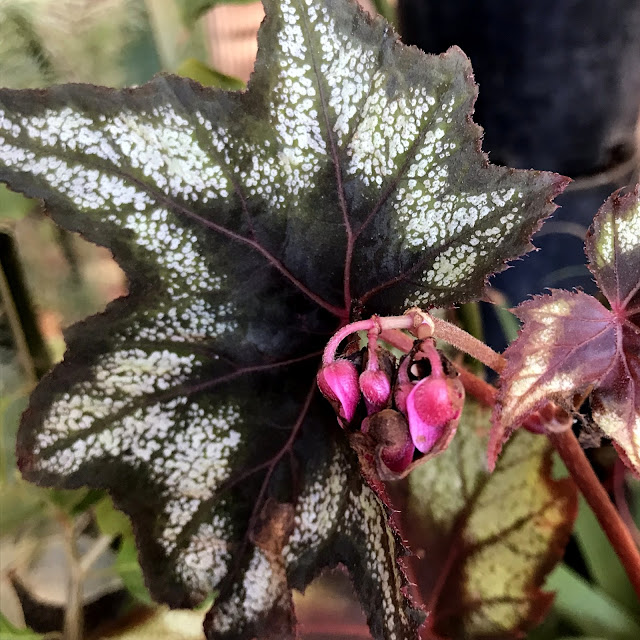 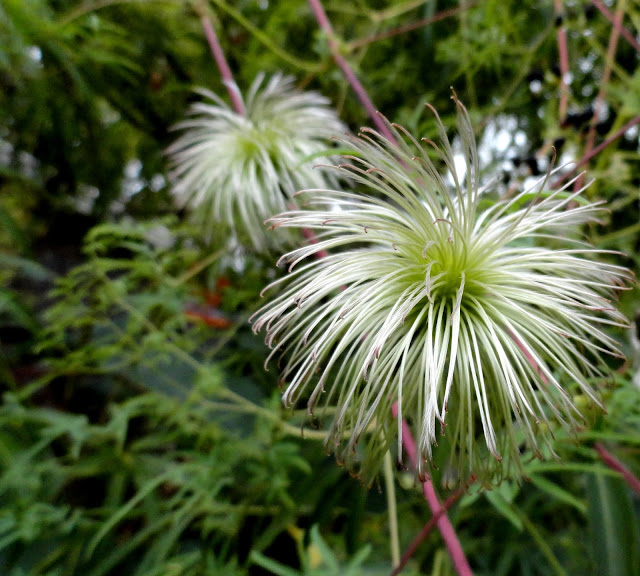 Seemingly overnight the Fatsia japonica are in flower. 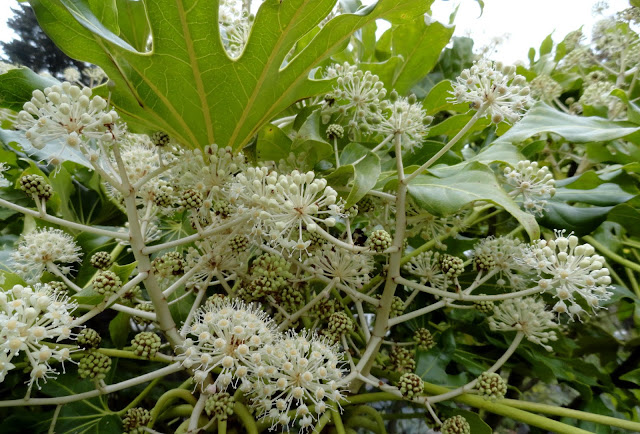 Normally they're covered in buzzing creatures, I think the wind was keeping them away during this photo shoot. 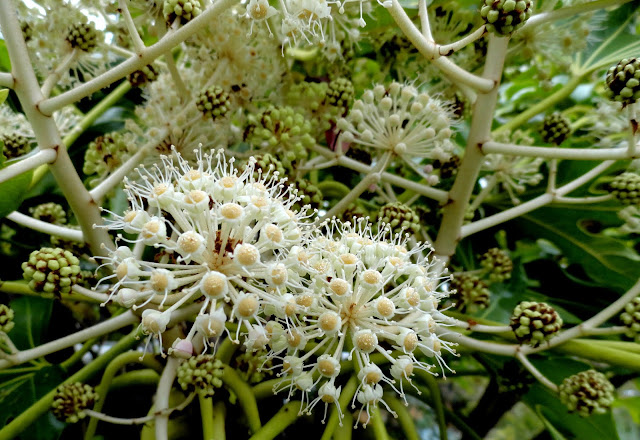 The variegated version is also in fluffy bloom. 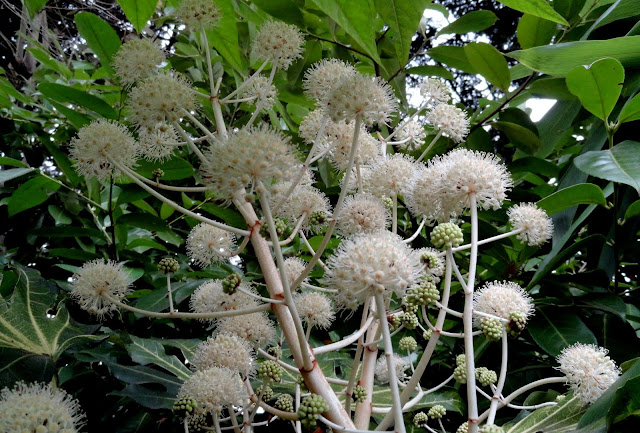 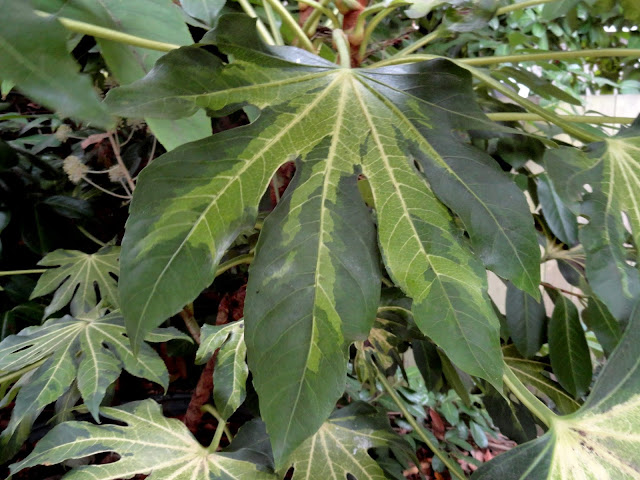 Grevillea miqueliana is covered in buds, many of them starting to open. 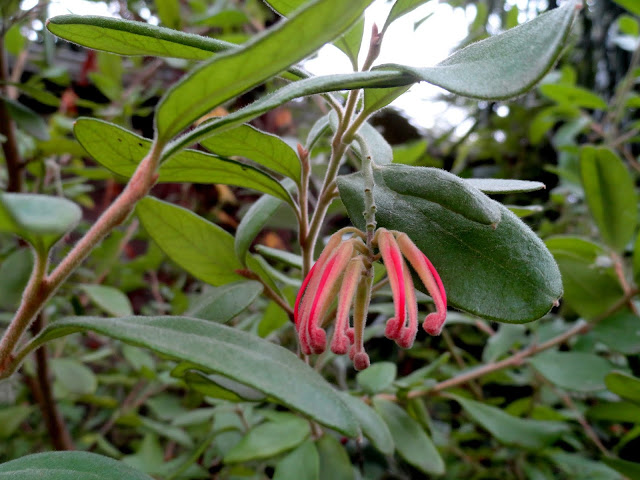 And there are lots of flowers on the Eriobotrya japonica (loquat) this year. 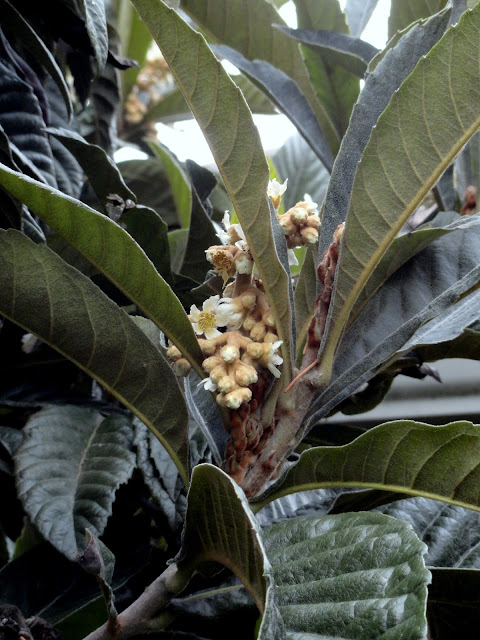 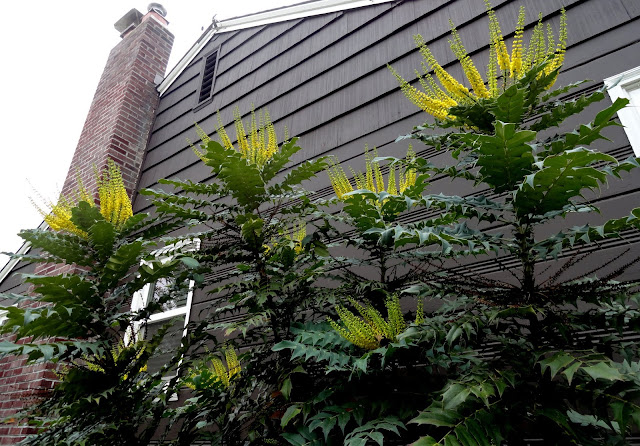 Luckily there are still a couple shorter branches so I can see the flowers. 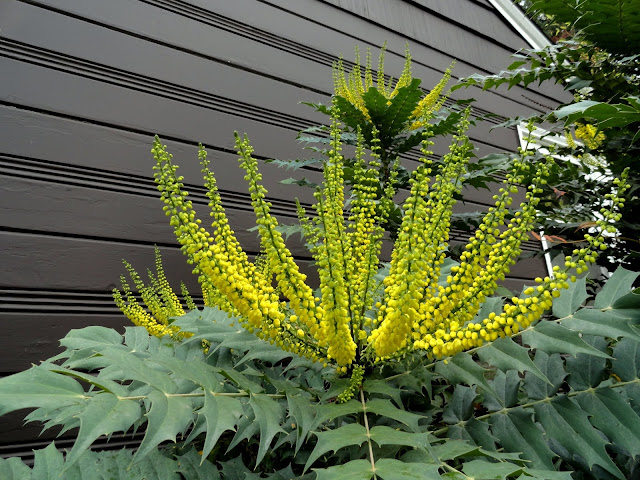 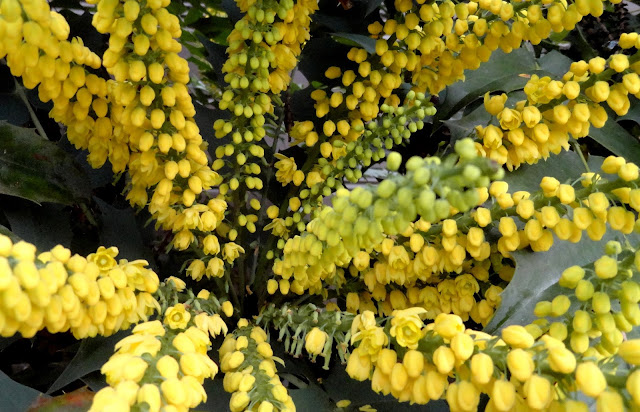 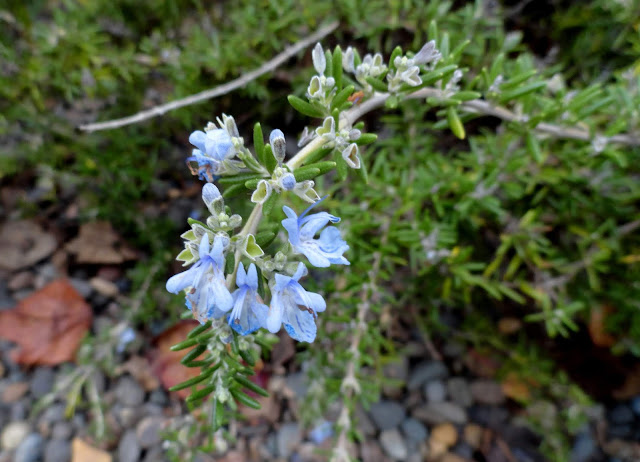 And of course I have to record the race of the Tetrapanax flowers (to open before a freeze). They're ahead of where they were last year on November's Bloomday. 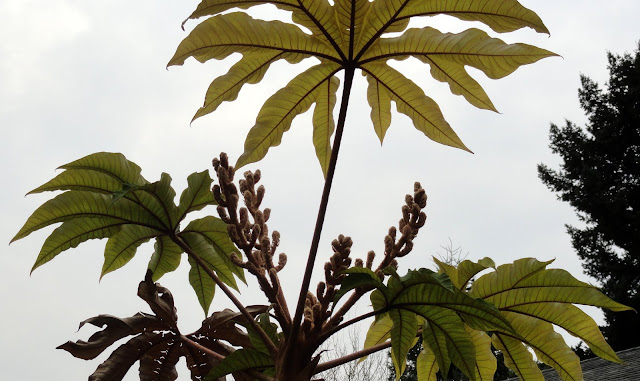 Finally, speaking of racing a freeze, my volunteer tomato is still blooming, but the fruit is held in green limbo. I'm leaving it to see just how late in the year it can last, although I've given up hope of any fruit ripening. 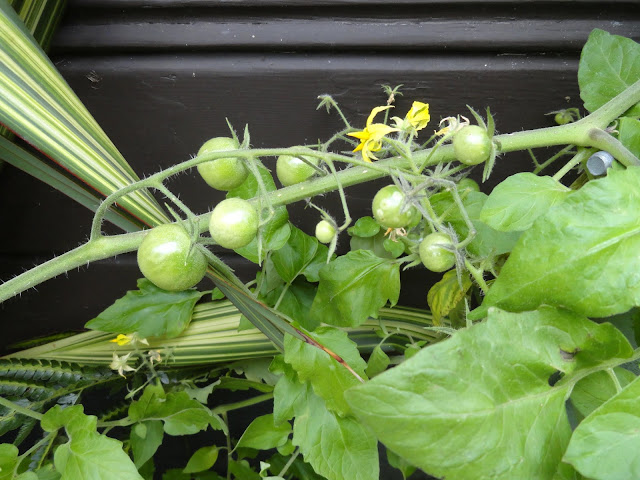 As always visit May Dreams Gardens for links to all the bloggers posting for Bloomday.