Plants with Style, a book review

I have this bad habit. When I start reading a book that makes me really happy I put it aside. I want savor that happiness, I'm afraid to devour it too quickly. However, when I noticed Kelly Norris will be speaking at the Northwest Flower and Garden Show next week, I knew I had to just suck it up and finish his book; Plants with Style. How could I look him in the eye and say “ya…it’s been on my desk for 3 months but I haven’t yet finished it?” That doesn’t sound like a compliment does it? And you know what, I love this book! I mean really, look at the cover and then look over there, in my right-hand sidebar. See anything that looks familiar? 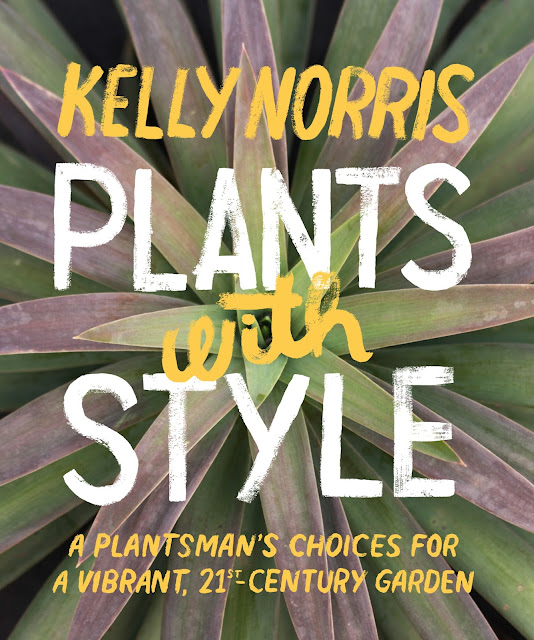 Someone once told me that my gift to horticulture is my enthusiasm. What I lack in knowledge I make up for in enthusiasm. I think they meant that as a compliment. Really. But Kelly (Director of Horticulture for the Greater Des Moines Botanical Garden) is the whole package. Enthusiasm that makes me look indifferent. And knowledge? Well this guy is a walking encyclopedia of cool plants.

If you want to get a feeling for what I'm talking about give a listen to Kelly's appearance on the podcast "Real Dirt" with Ken Druse (here), it will give you a great idea of what reading the book is like. It's not a series of lists or a "how to" book. Instead it's like a conversation about plants – unusual, stylish plants.

Reading through the pages I found myself frequently reminded of a plant I'd seen previously and lusted after; for example the Comptonia peregrina above, and Lonicera reticulata 'Kintzley's Ghost' below (and let's not forget the amazing Agave desmettiana 'Joe Hoak' up top - all photos Kelly Norris). However, while there are a lot of pictures, not every plant mentioned in the book has a sexy accompanying photograph. There were times I found myself putting down the book and grabbing my iPhone. Turns out that might be exactly what Kelly intended, for the book to be a sort of launching-pad to discovery. In his interview with Mr. Druse they touch on the fact the book will inevitably have you "Googling" to learn more.

Kelly also makes no apologies for the lack of a "where to find that plant" directory at the back of the book, noting that's a moving target. He does give nods to purchasing plants online, saying (in the Ken Druse interview) that mail-order nurseries might just be the future of horticulture (I paraphrase...and admit to being biased since plantlust.com is all about sharing the possibilities of cool plants and making sure they're available to everyone).

The book is divided into five sections:
Environment: Planting at the Intersection of Place and Ecology
Structure: Living Framework
Emblems: Keeping Pace with the Seasons
Vignettes: Expressing Yourself in the Garden
Essential Kitsch: Horticultural Odds and Ends

As you might guess I had to turn immediately to "Essential Kitsch"...just to see what might tempt me. 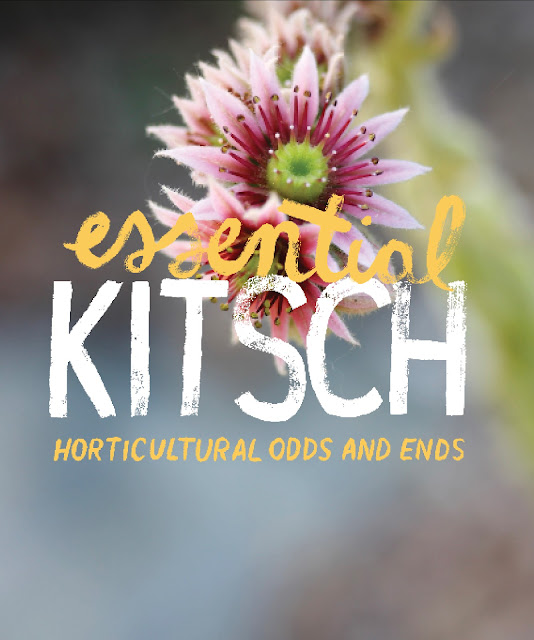 Bukiniczia cabulica! Kelly says "This is one of those plants so bewilderingly fabulous, you'll wonder how you've gotten along without it for this long. With speckled and splattered aquamarine foliage held in tidy rosettes, this Pakistani monocarp tops my list of essential rock garden weeds, whether grown intentionally between rocks or allowed to wander into the gravel paths around your garden." Want!

Proving nothing is off limits I was thrilled to see this Plantago major 'Purple Perversion' (via plant breeder Joseph Tychonievich) included. Yes it's a weed...but "it's a damn purple weed."

Of course I should note that I received a complementary review copy of Plants with Style from Timber Press, and for that I am grateful (more money to spend on plants). Still I would have tracked it down either way. I've had the pleasure of hearing Kelly lecture and I knew his book would have the same infectious tone.

Are you going to the Northwest Flower and Garden Show in Seattle? If so you should plan to attend one of Kelly's talks: