Tired, dirty, and ready to head inside after along (fabulous) day in the garden, I was coiling up the hose when I spotted this growing along the foundation of the house. The twigs belong to Parthenocissus, as do the tiny red/green leaves. It's those bright green leaves dead center that grabbed my attention. There is really only one thing they could be... 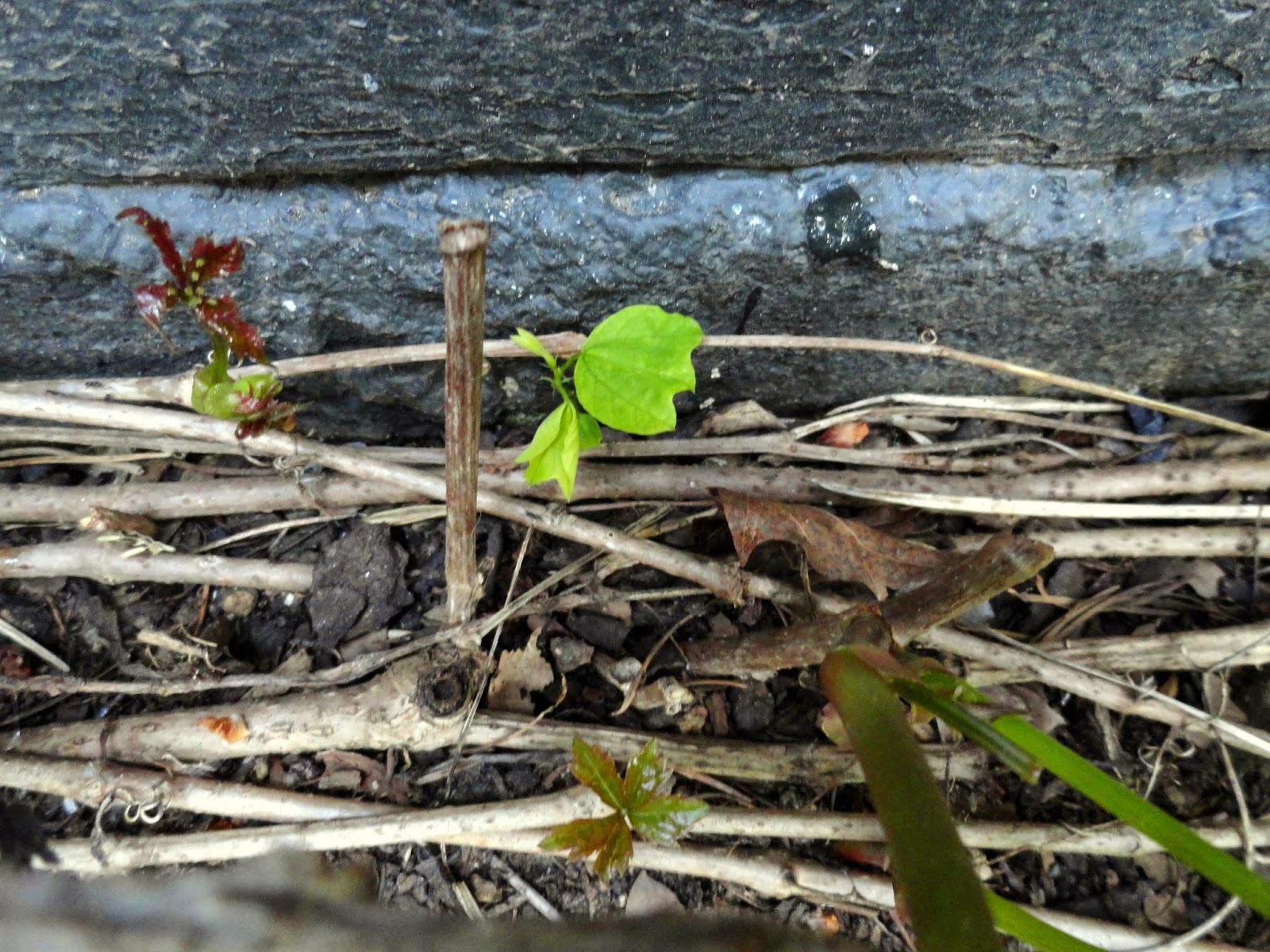 A baby from this, my Passiflora 'Sunburst' - which is theoretically impossible because that plant is only USDA Zone 10 hardy. We had a fairly mild winter by my garden saw a low of 21 F and plenty of nights in the mid 20's. 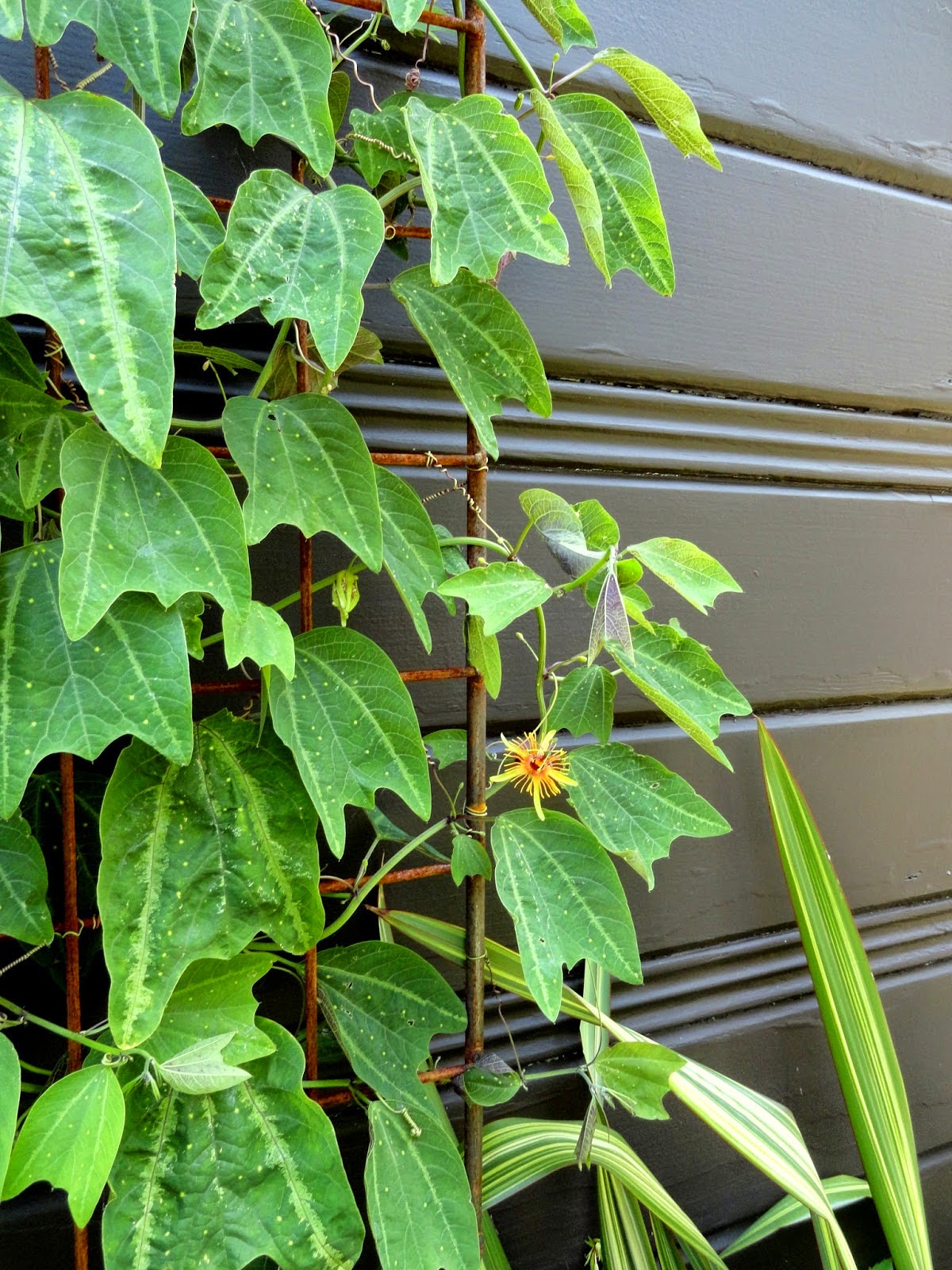 After a winter indoors the original vine is back outside, planted at the base of the trellis and doing fine. What, you can't see it? 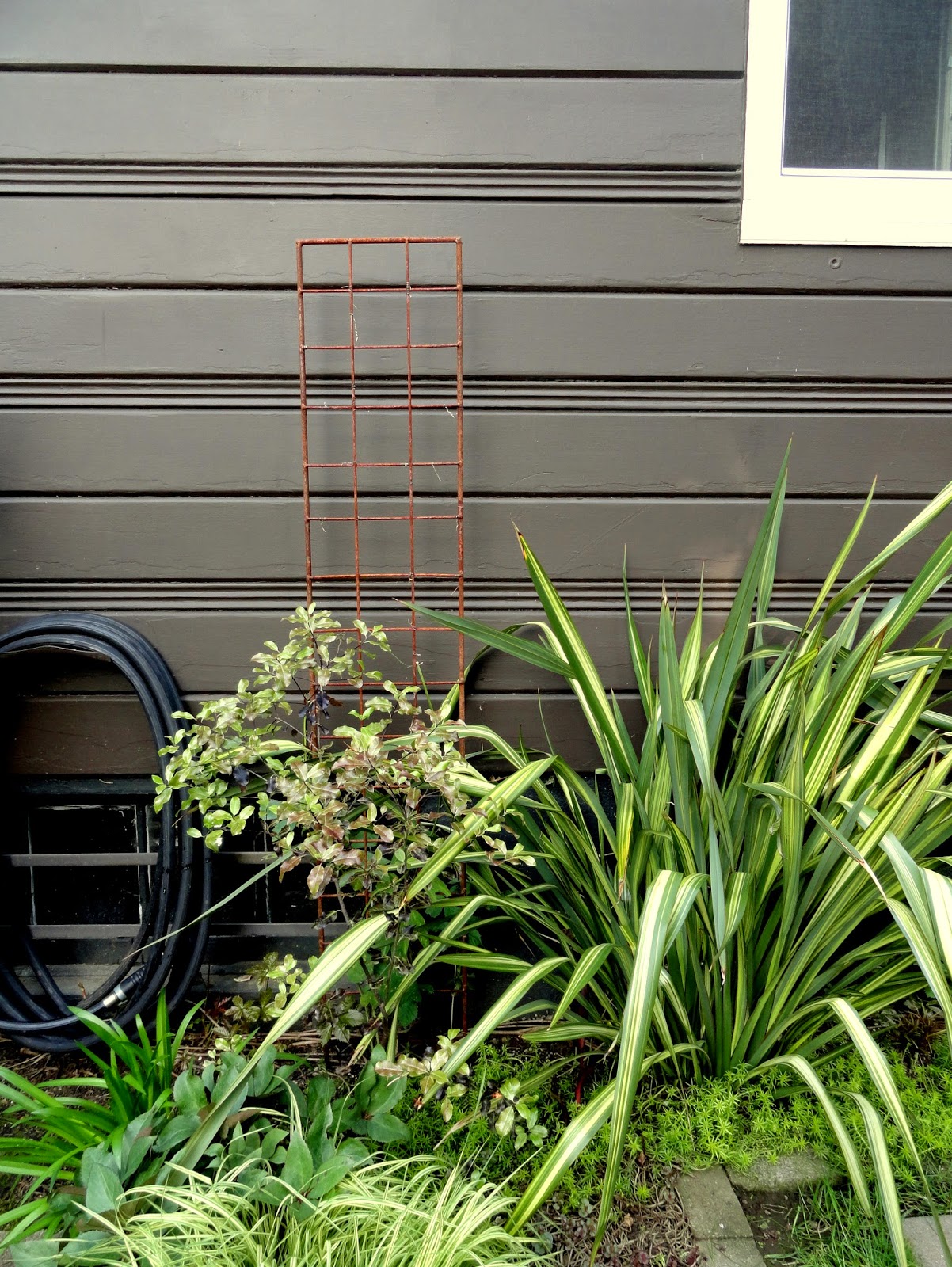 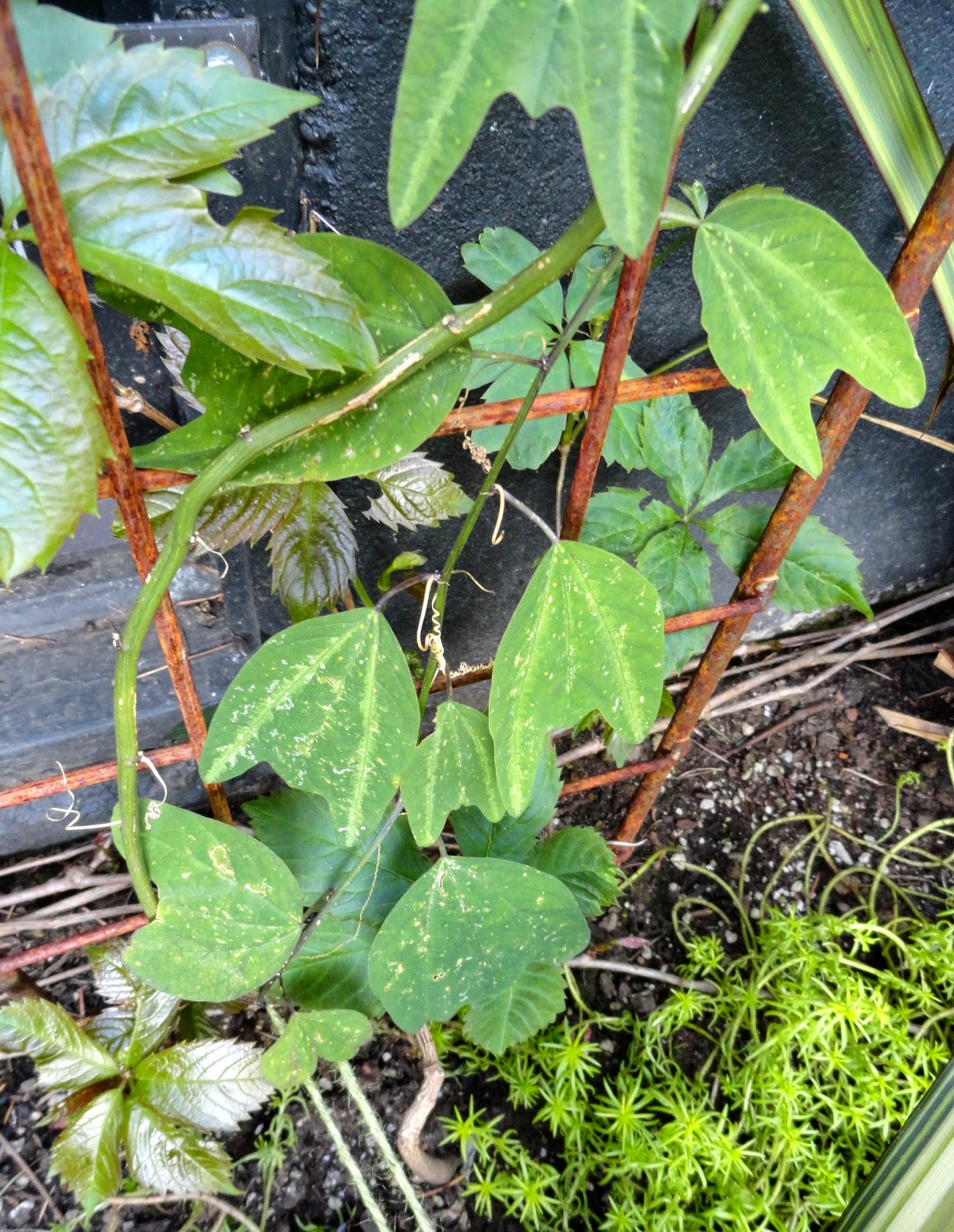 After several failed attempts to propagate the plant via cuttings I did a quick dig late last fall, severing most of the roots but getting just enough to keep it alive. 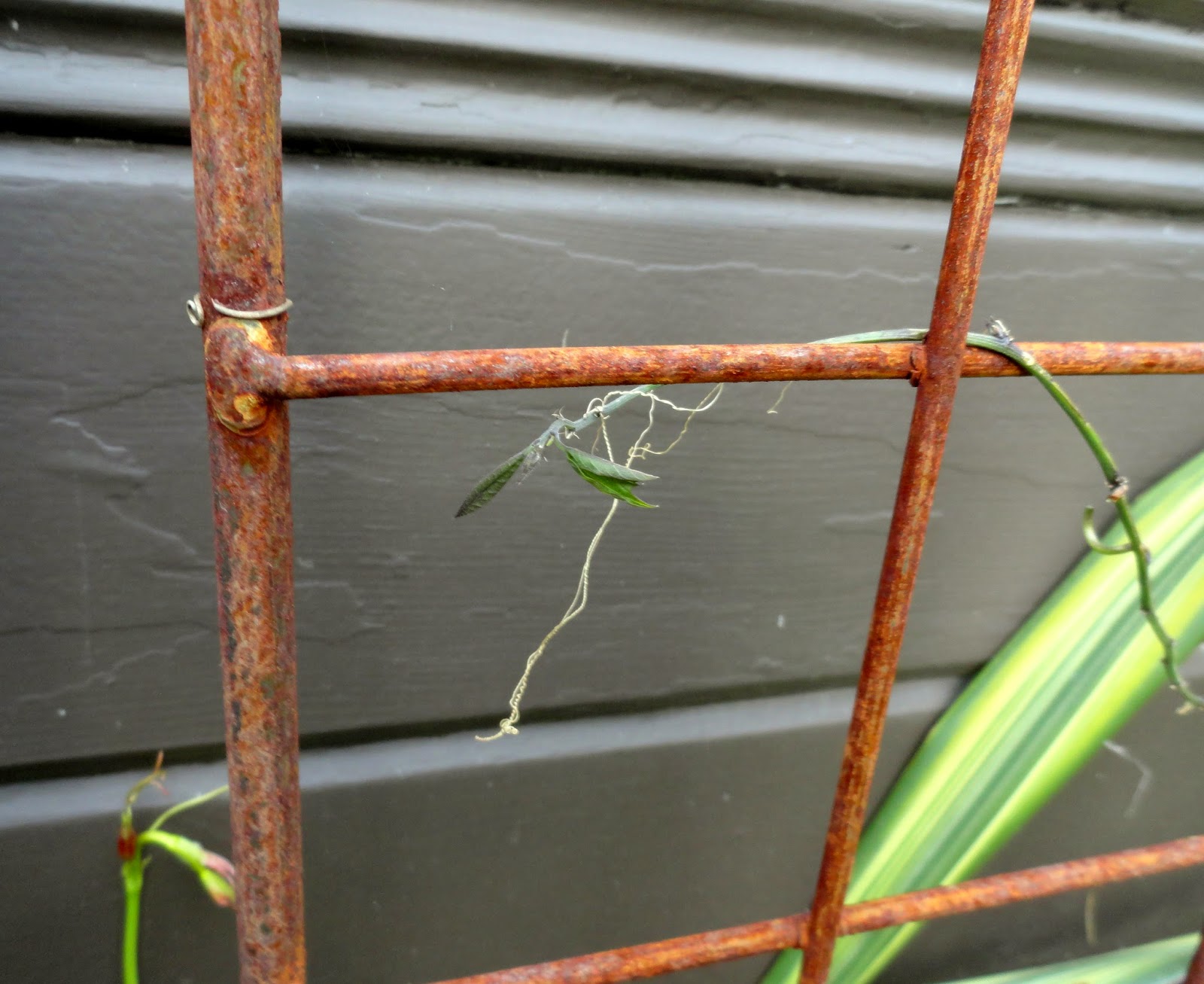 That new baby must be coming up from last years roots? There were no fruit to have provided seed. To say that I'm thrilled is an understatement, after trying so hard to keep this plant alive I'm amazed that it's gone and done something like this. Up against the house and next to a basement window must be quite the magic micro-climate... 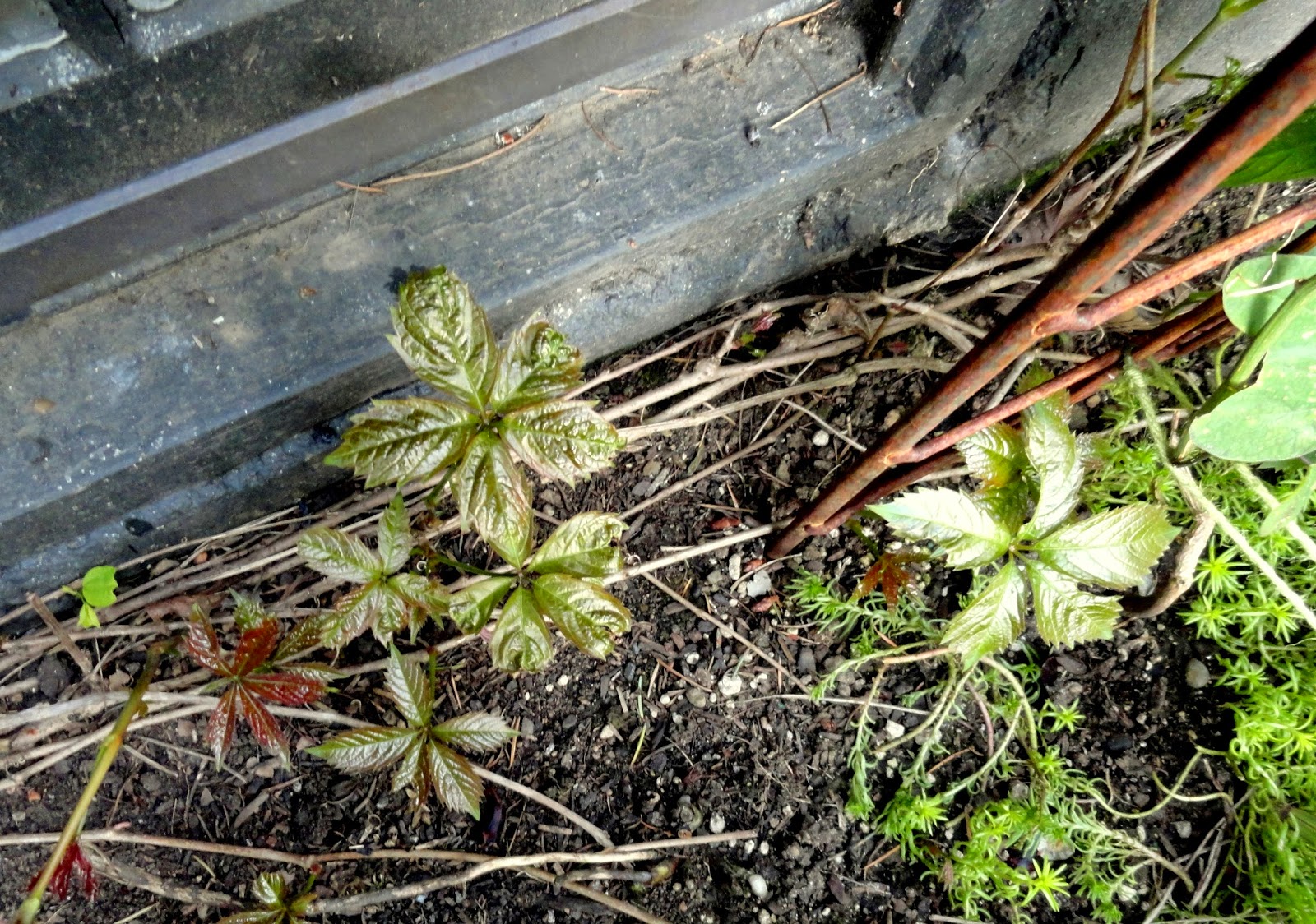 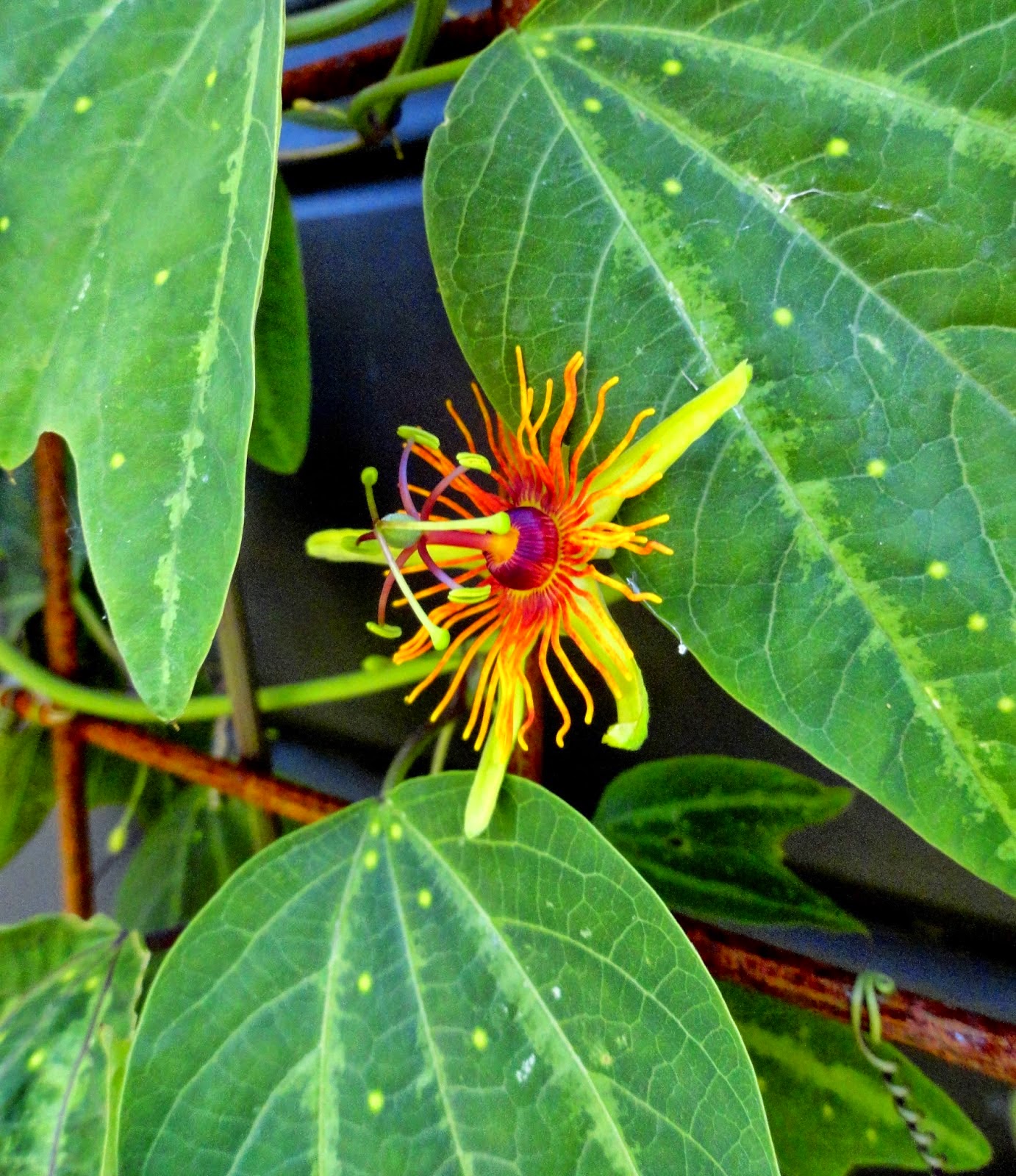