The Cordylines, my favorite plant in the garden this week… 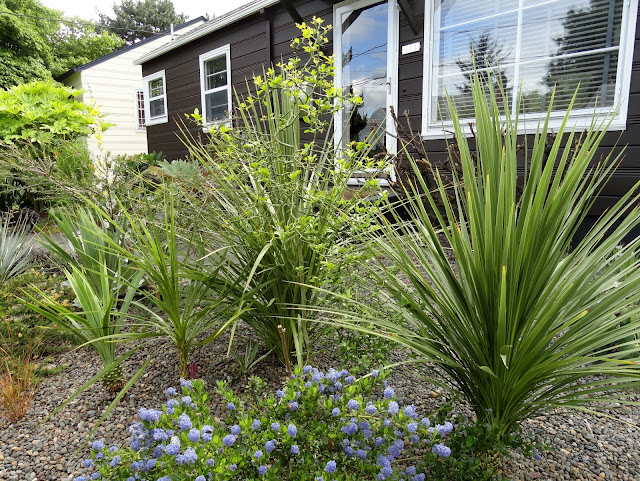 This week’s favorite owes its recognition to the cutting back of the Rhody which I posted about yesterday. I knew these once dead plants were growing large again but I didn’t realize just how large until the Rhody was out of the picture (almost). 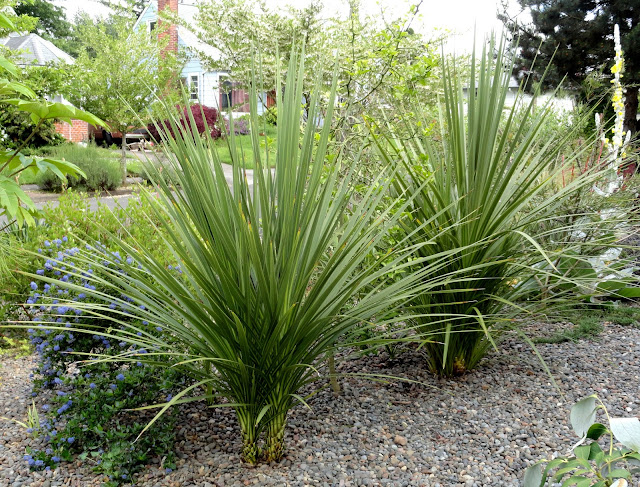 A brief history: I planted three plants labeled as Cordyline indivisa (but which, with help from Gerhard, I now believe are C. australis...see the comments section) when we first planted our front garden in 2006. They grew and grew and grew to achieve small tree status (in my eyes at least). You can just see one in the upper right of this photo from 2007 (look at those Phormium!!); eventually they were over 7ft tall...

The winter of 2008/09 took them down, completely. To the ground, dead. Or so I thought. Not knowing any better (meaning not knowing these might come back from the roots AND not knowing these plants aren't hardy here in Portland, by any standard) I planted another row of three just a foot or so forward. Those died the next winter. Fast forward to 2013 and two of the original three plants have come back as clumps and two of the second three (which only had a year to get established before getting froze to the ground) have struggled back as well. 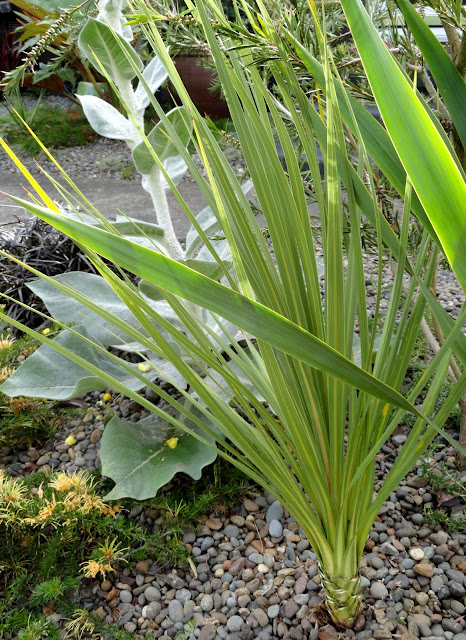 All of a sudden I’m growing a bit of a Cordyline forest, the tallest is approaching 5ft... 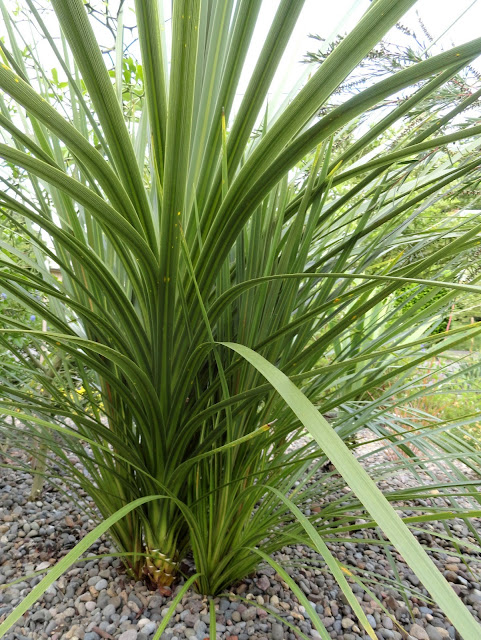 The stats for Cordyline indivisa : 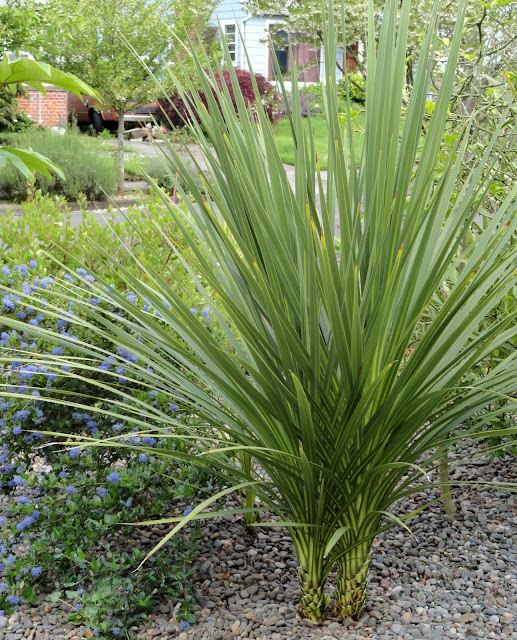 These plants are a reminder of how much I've learned, and how much I naively took for granted as a newbie gardener here in Portland. I would never plant them now and expect them to be an anchor planting, instead they would be an accent which more than likely would be doomed to die. 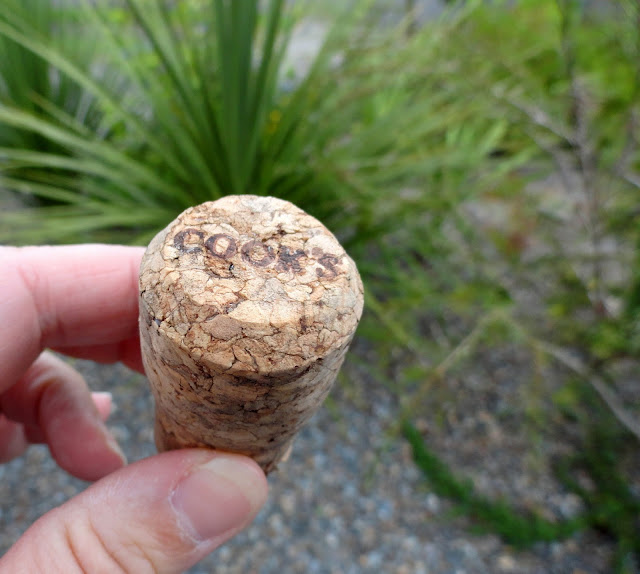 A toast to the cordylines, back from the dead and growing on…until a real winter revisits Portland.

All material © 2009-2013 by Loree Bohl for danger garden. Unauthorized reproduction prohibited. Edits made to original text after posting.

Labels: Cordyline, my fav plant in the garden this week