By now you’ve all probably figured out that I love to spy on other peoples gardens, whether invited into the garden or just from the sidewalk. Well, also I love to look at other people’s houses, especially when they’re on the market and I can tour during an open house. Imagining how I would live in and decorate the space, it’s a fun game. 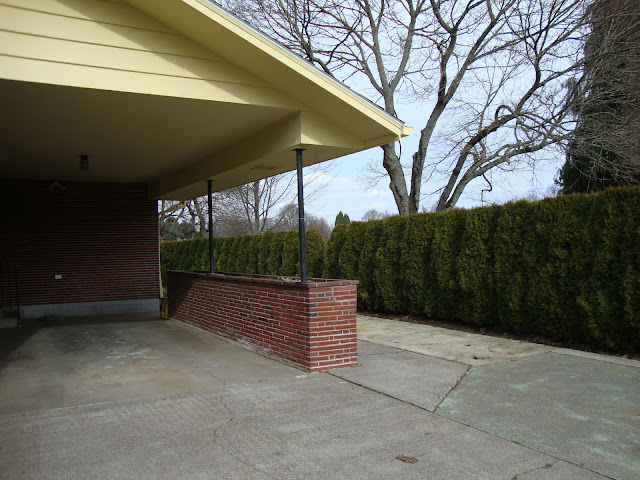 The same goes for the garden spaces, it’s all about picturing the possibilities...what features I would build on, what I would want to get rid of. This house in my neighborhood recently sold and now is for rent. I covet the long brick planter on the edge of the carport, just barely undercover of the roofline. 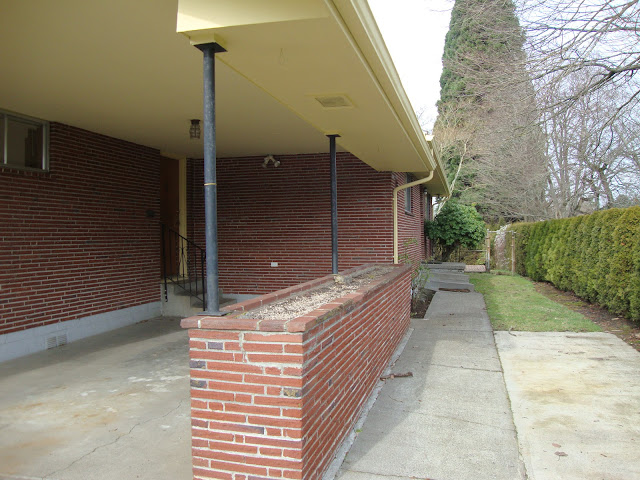 I do not however long for an Arborvitae hedge, no matter how well they’ve been cared for. 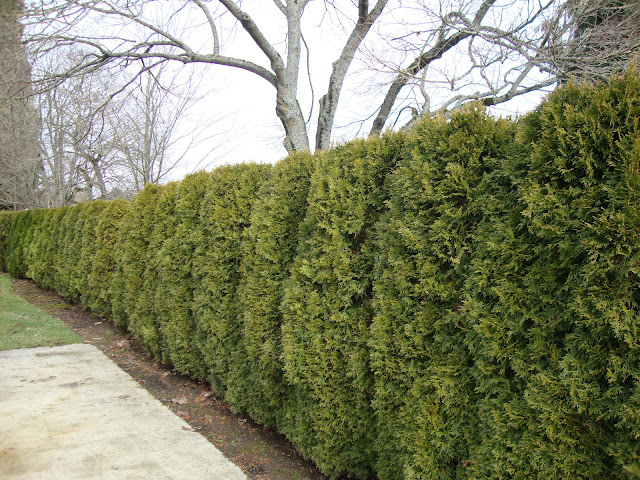 Although those Arborvitae certainly do provide privacy, something completely lacking on the other side of the yard. The entire space is pretty much a blank slate, although it features an established Mimosa Tree, (Albizia julibrissin) which I've admired for years now (I’m not sure what the small tree on the left is). 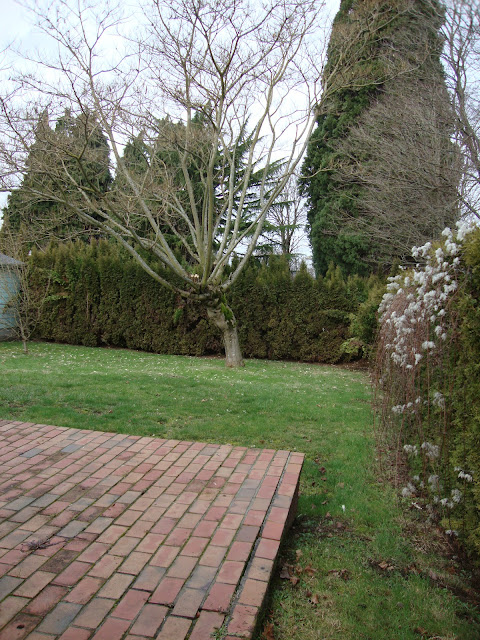 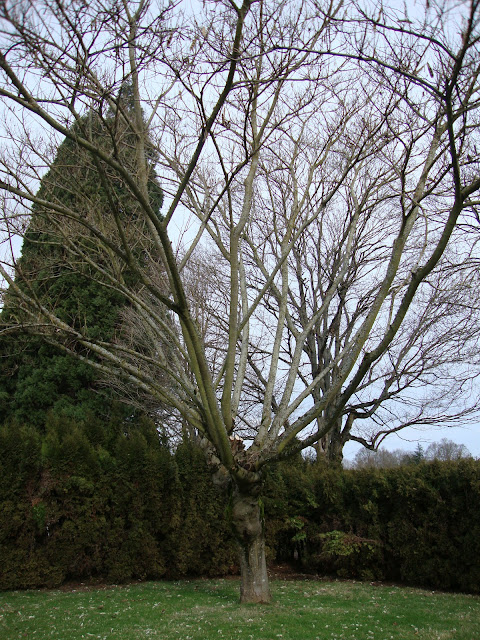 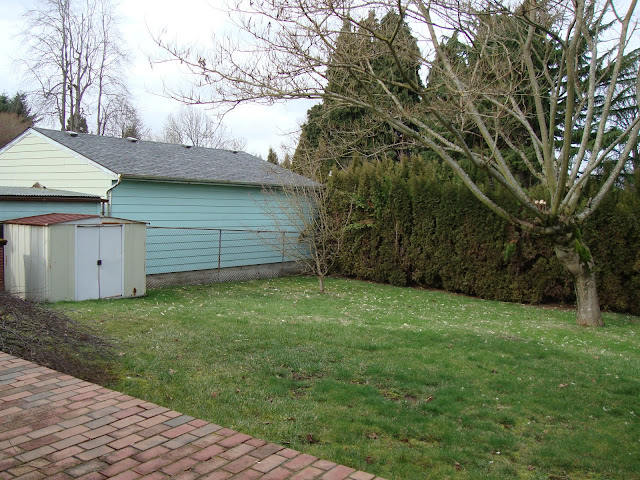 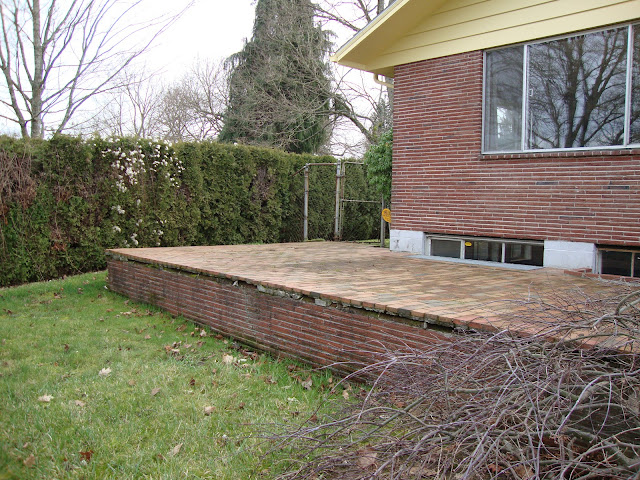 … with an unfortunate view right into the neighbors back yard. 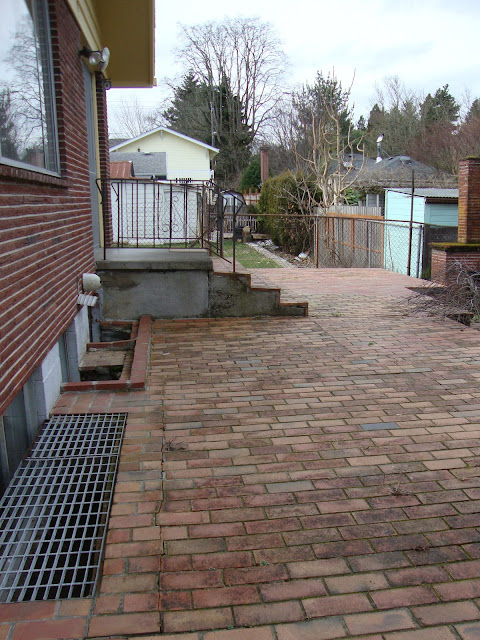 But here’s the most exciting feature, an outdoor brick fireplace! What fun! 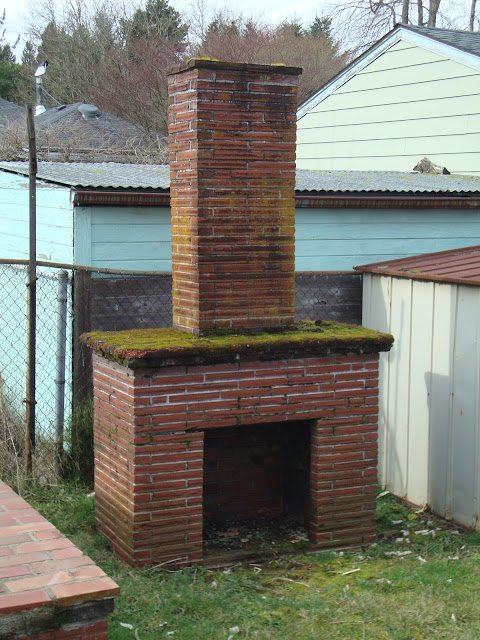 Of course there is also a small portable shed too close for comfort (this would be broken down and hauled away in record time if it were my house). And there is also that (oddly placed) Weeping Japanese Maple (at least that’s what I think it is) 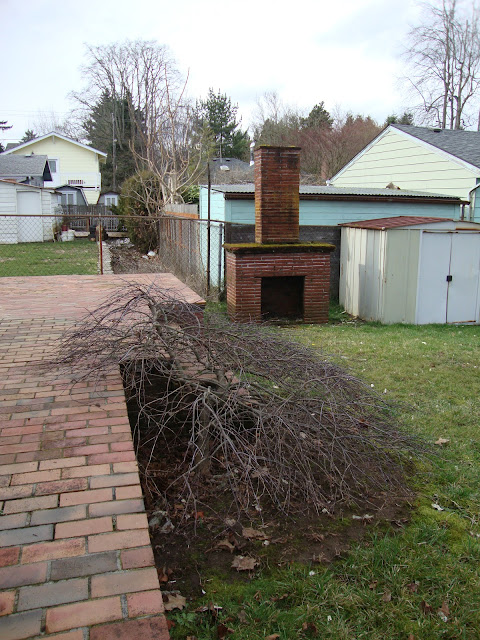 With some carefully placed privacy plantings this could be a sweet little garden. I hope someone cool moves in…maybe even someone like Kaveh from Plant Propaganda who is completely redoing the garden at the house he’s renting (there are good renters out there!). If the new tenants aren’t gardeners I just might have to do a late night Guerilla Gardening “succulent-style” in that planter.