If I were going to resurrect my "favorite plant in the garden this week" posts (and I'm not) I'd have a hard time choosing between Magnolia laevifolia and Asarum maximum 'Ling Ling'. The magnolia seems to have put on major growth when I wasn't looking. It's almost as tall as the trachycarpus! 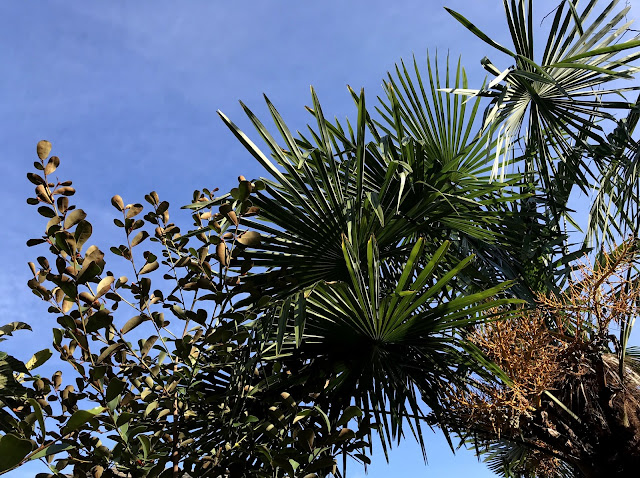 Pretty amazing considering it was just a little guy back in 2014... 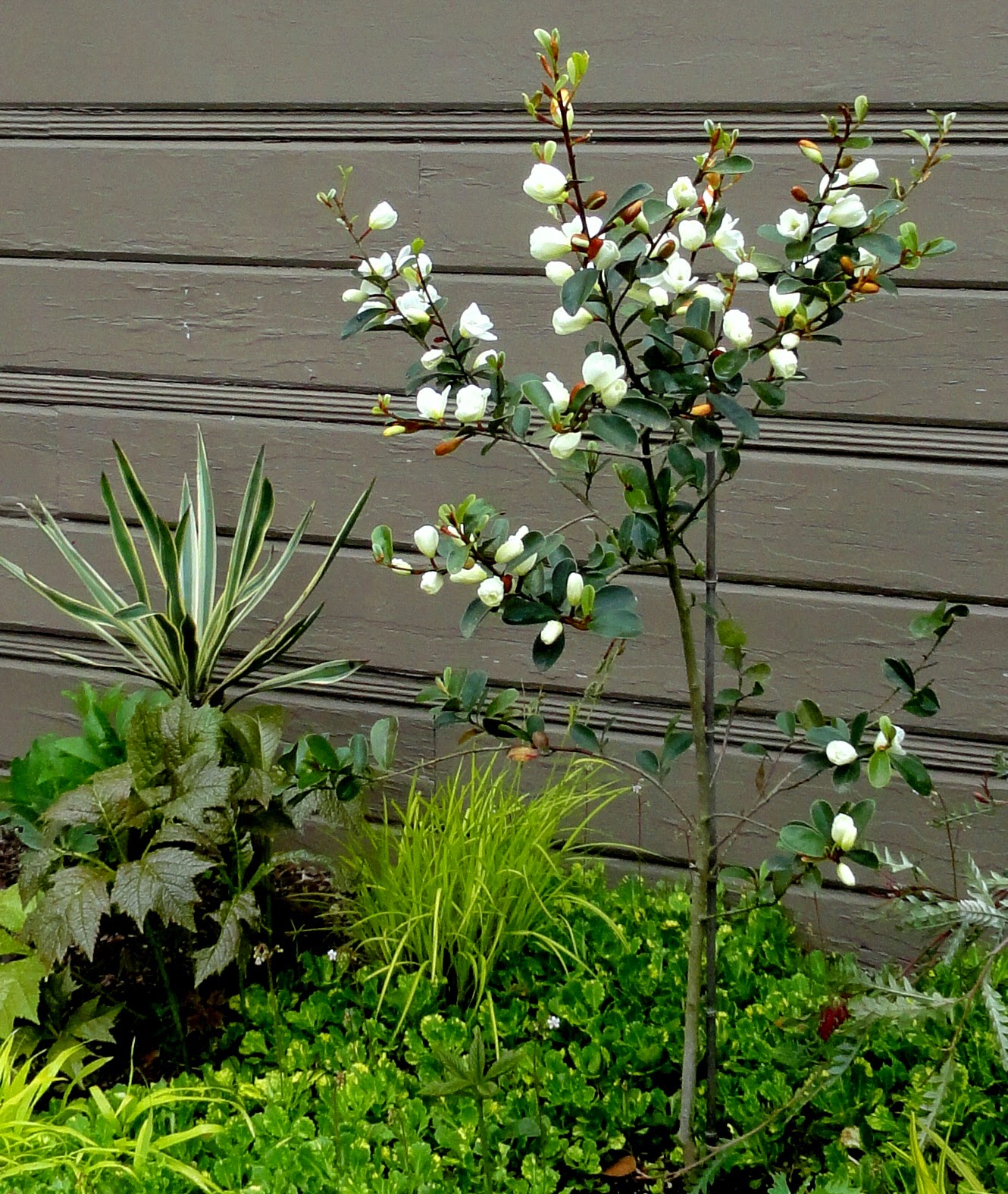 Okay maybe not so amazing as that was six years ago. But this plant is not known as a well shaped shrub, it's awkward, kinda draping every which way. I'm happy it decided to send up a tall leader. 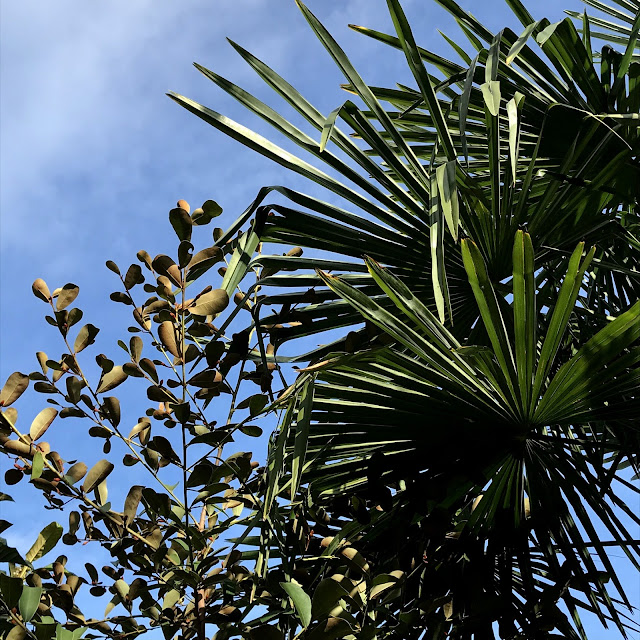 Here's a look at the entire plant, in the rectangular outline. 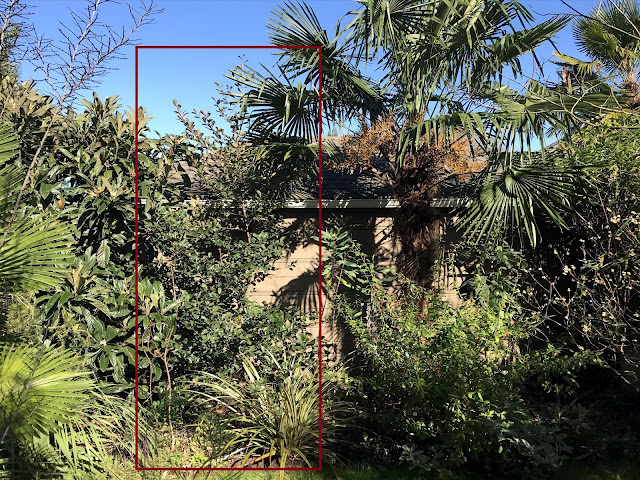 And here's what the dreamy flowers look like (photo from back in 2014), it will be another month at least before they start to appear. 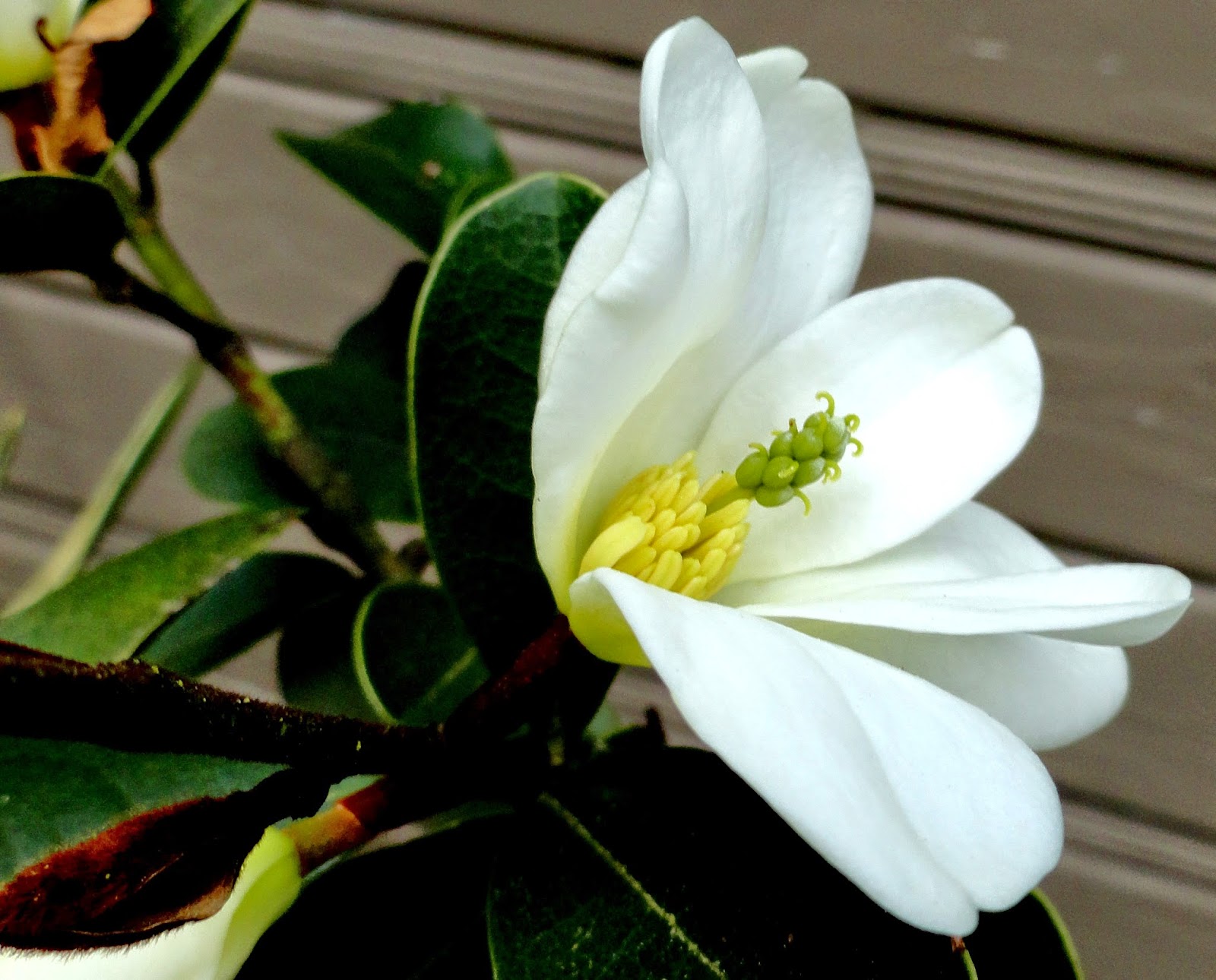 Until then the furry cinnamon covered buds provide plenty of "interest," as they say. 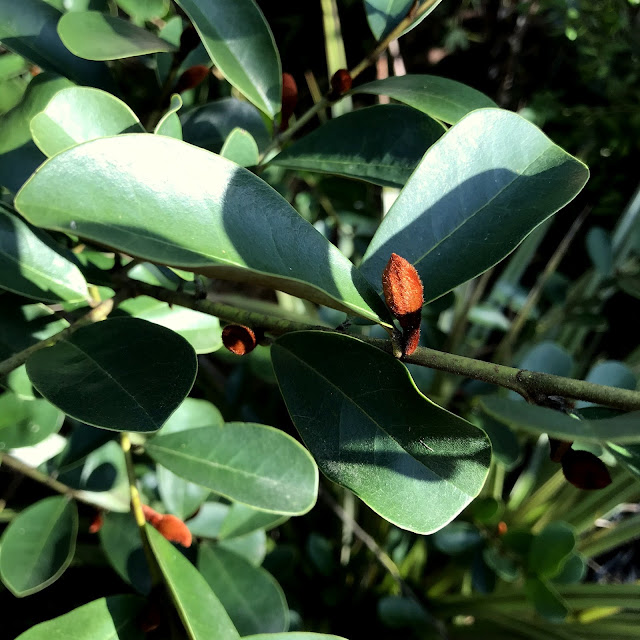 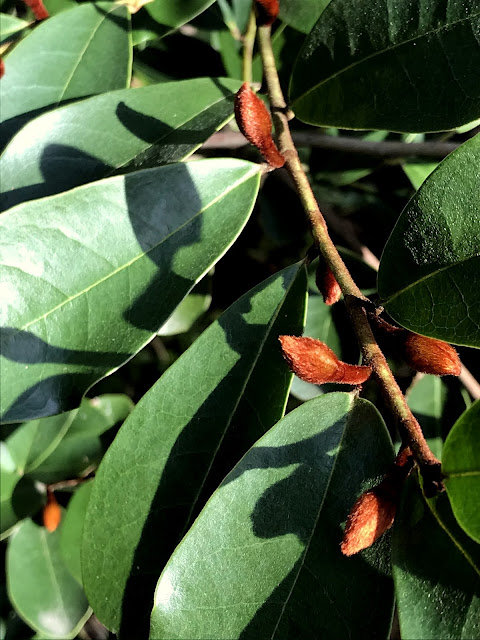 As for my love of Asarum maximum 'Ling Ling' it's all about the flowers right now. Do you see them below? If I told you the common name of this plant is panda faced ginger would that help? 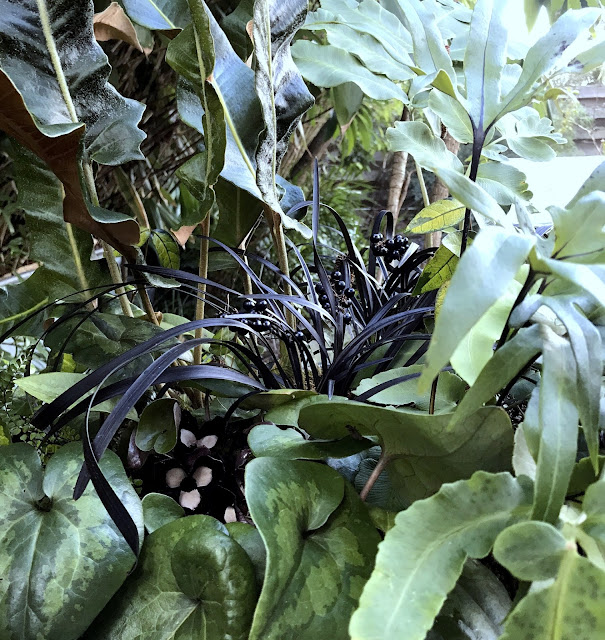 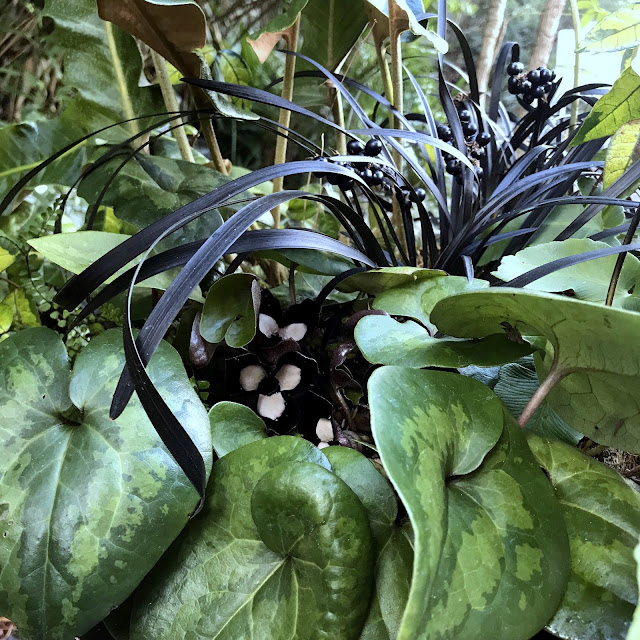 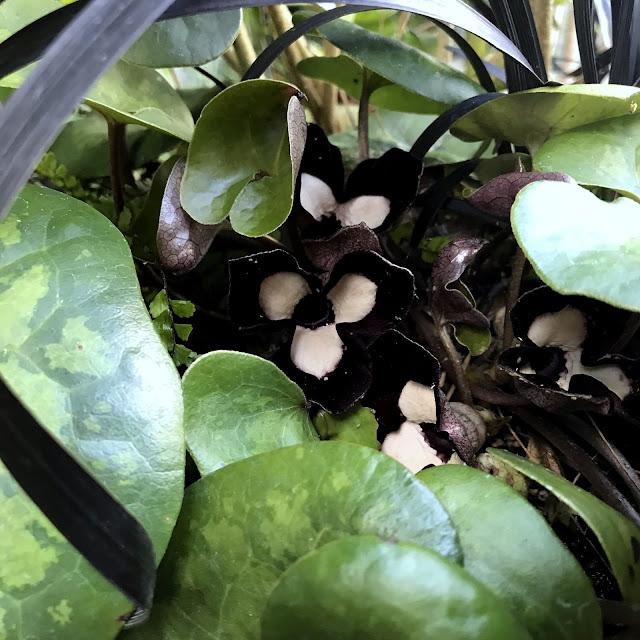 I grow this plant in the ground, but it's doing so much better in the "fern bowl" I put together last summer. As a bonus you don't have to lay in the ground to see the flowers, since it's slightly elevated. Photo from last May... 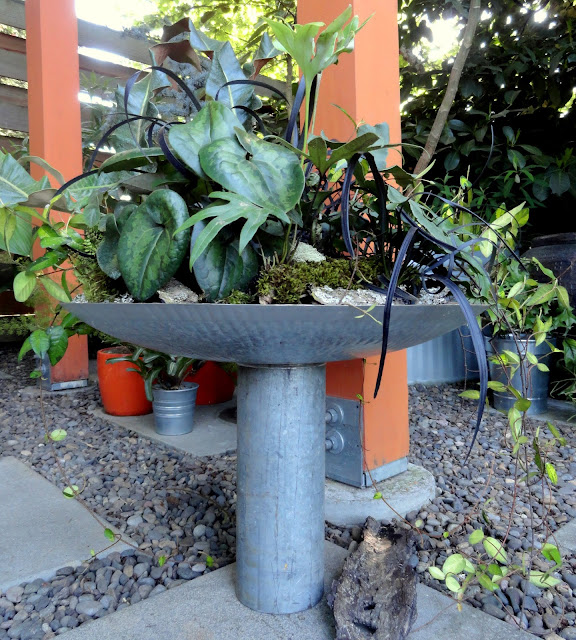 I think I need to buy a few more of this plant. 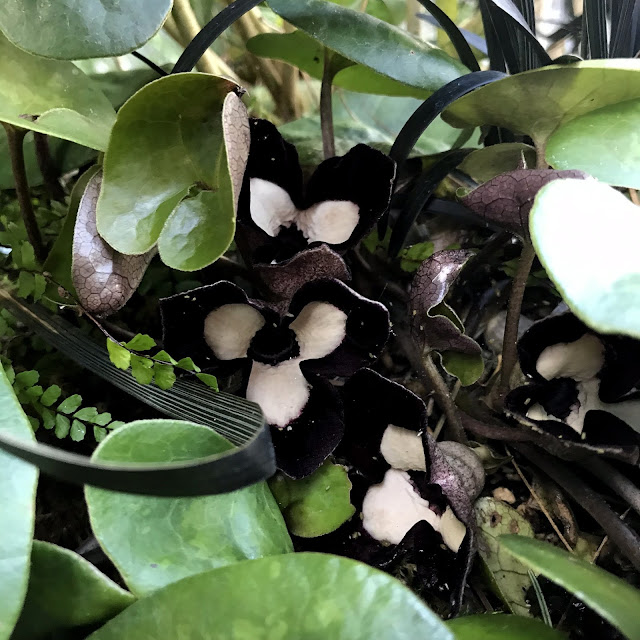 Labels: flowers, Magnolia, my fav plant in the garden this week, my garden