Since I had already pre-visited most the gardens we saw during the 2014 Garden Bloggers Fling (and posted about them) I made it a priority to attend this year’s open gardens through the Garden Conservancy Program and the Hardy Plant Society of Oregon, one needs a certain amount of "new material" (for the brain and the blog) every summer don't ya know. This tour took place on a Saturday in late June and the theme for the event was "Within the City Limits: Minimum Space - Maximum Results" in other words small gardens just like mine! 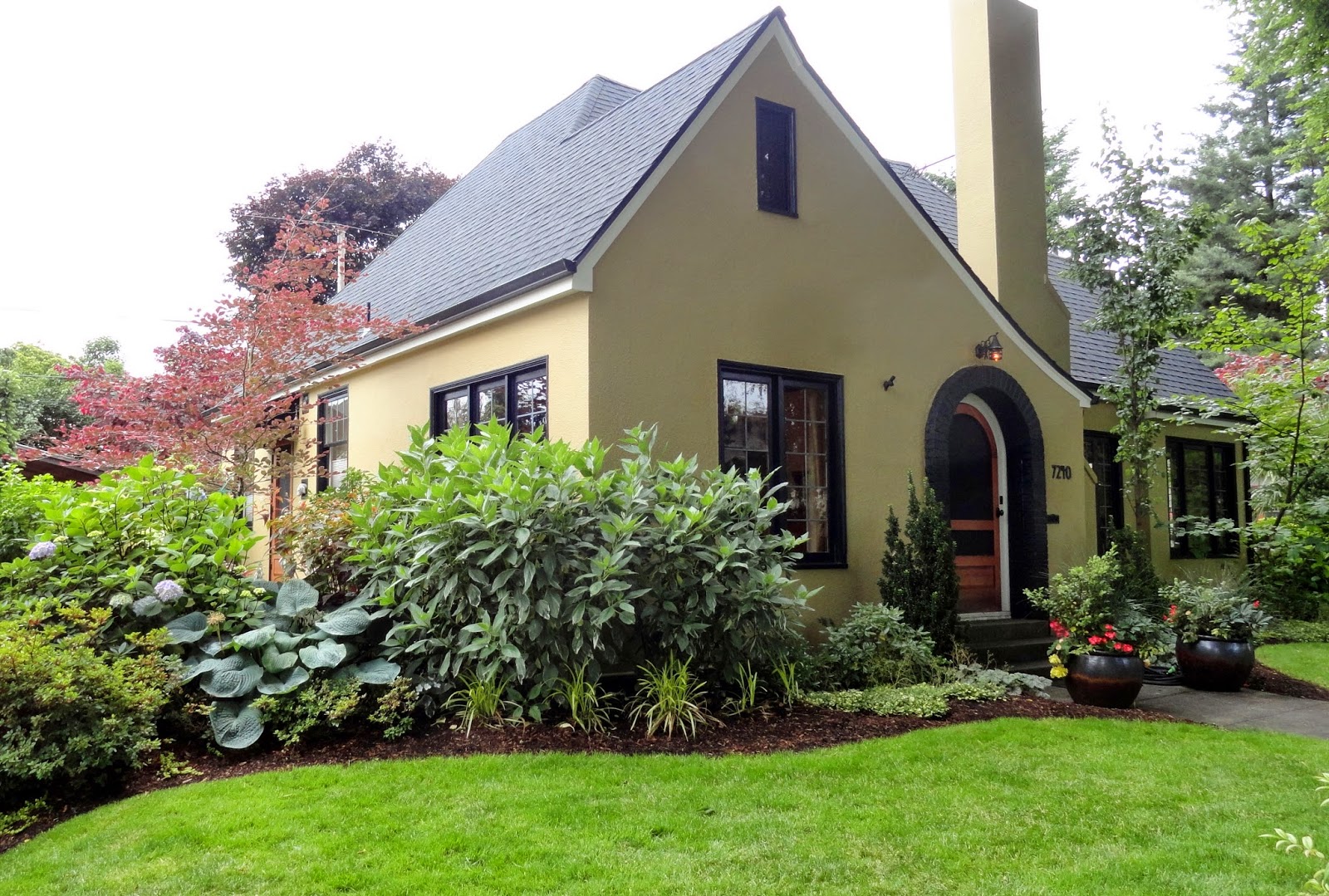 I'm starting my coverage of the day in the same garden where I began. Here's the blurb from the guide: "We were drawn to our 1927 Mock’s Crest home by the double city lot and charm of our elm-lined street, but as everyone who lives with large trees knows, the shade they provide can create challenges and limitations in the garden. Kevin added to the problem early on by indulging his tree planting obsession! So...in hopes of creating more light and a healthier garden, we began the process of editing some of the trees and plantings that had outgrown their spaces, including a bamboo glade that was threatening to burst its barrier and take over. This created some opportunities for “redecorating” several of the outdoor “rooms”, which we have been happily doing over the past two years. Our garden is more about interesting foliage shapes and colors than producing food or flowers. Giant plants that look like they could eat you and a dramatic color palette of bright chartreuse, purples, maroons and even a bit of black keep us entertained. The backyard Koi pond and two bee houses keep us busy. Always a work in progress." 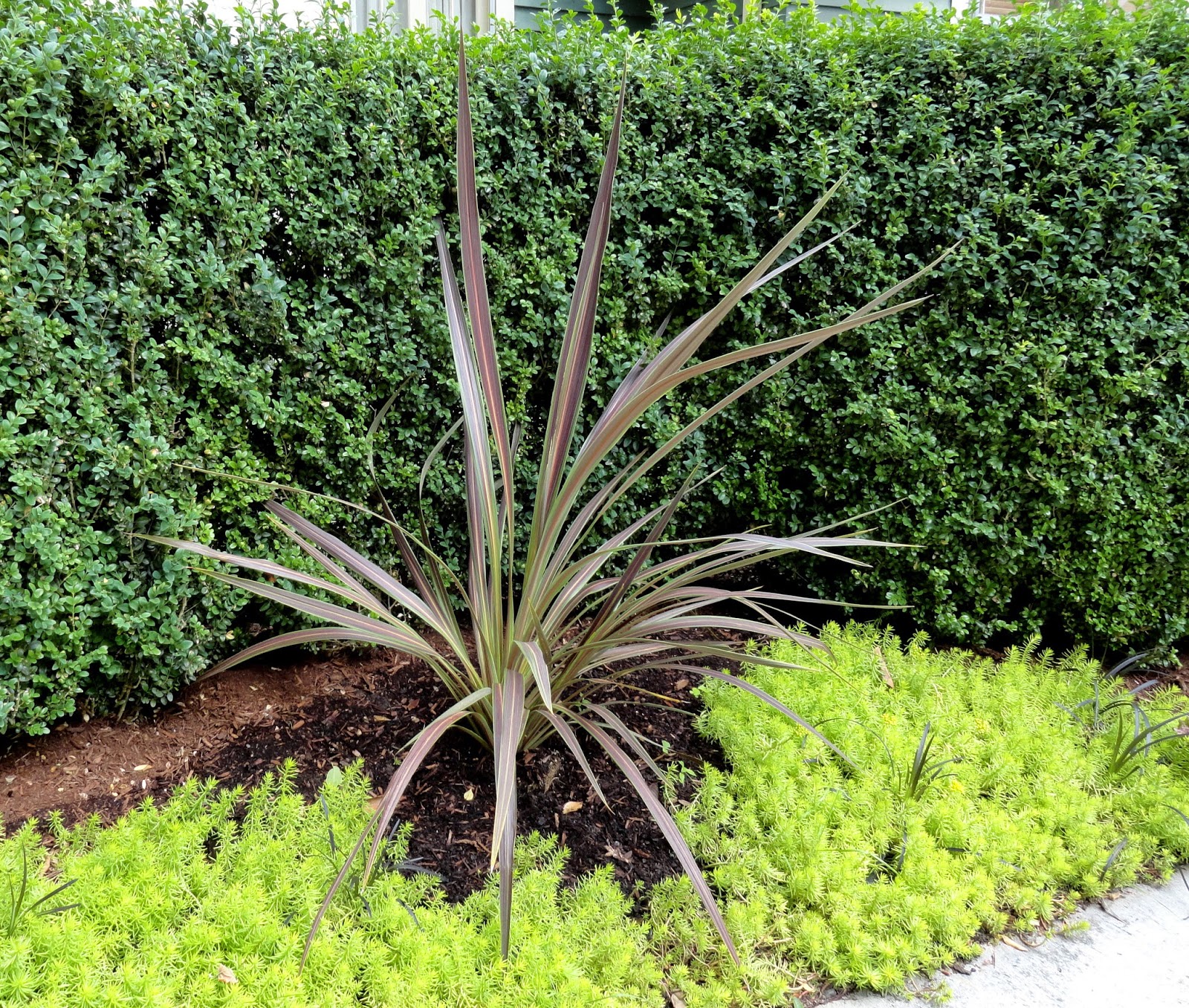 I was in awe of multiple phormium next to the driveway and searched out the owner/gardener to inquire if he had just planted them this year or if they overwintered last year (which would be amazing). I was told they were newly planted this spring AND they weren't phormium but rather cordylines (!!!) and they were purchased at Marbott's Greenhouse. 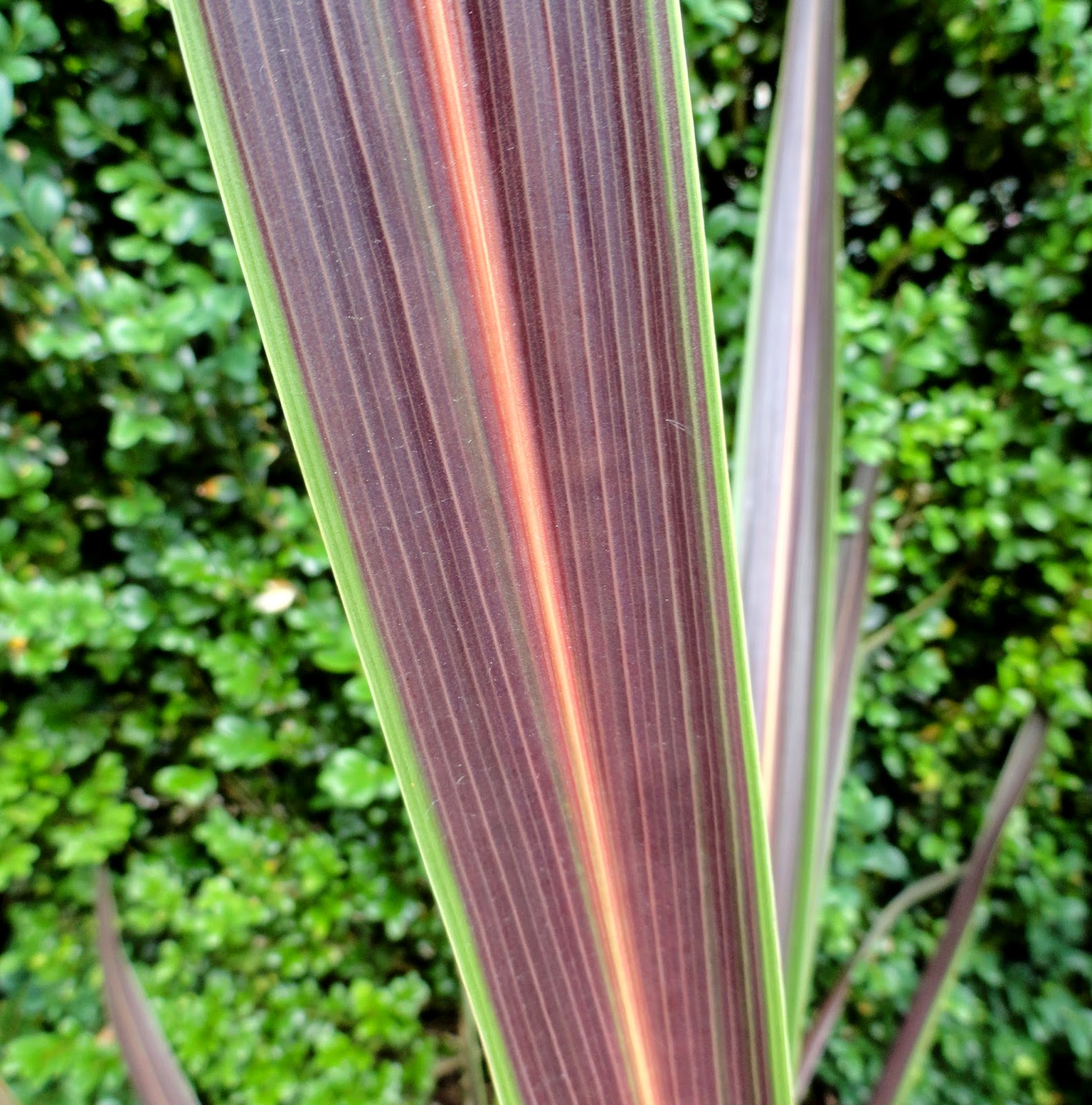 This looks like damage from a mid-June hail storm. 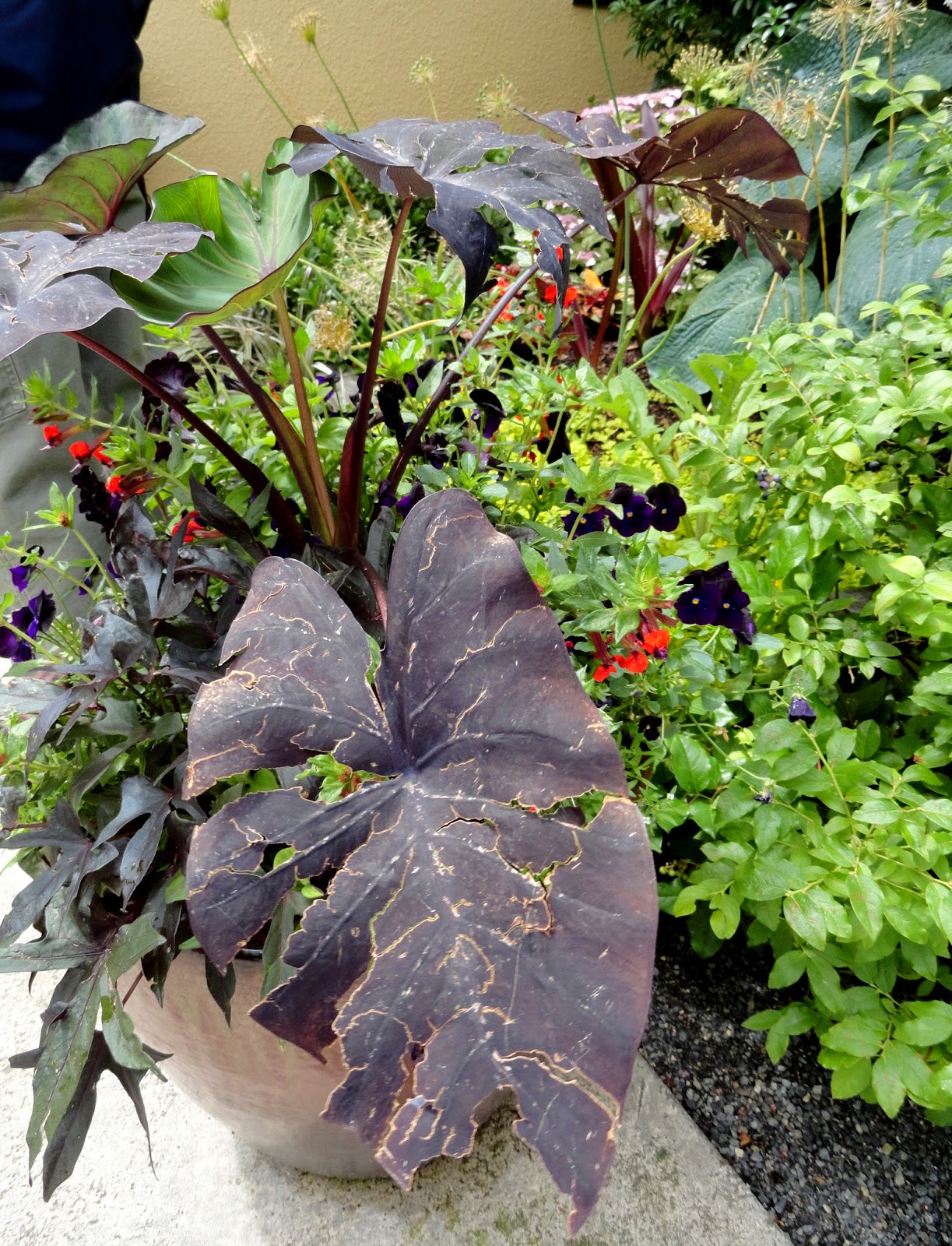 They had veggies growing (stylishly) on both sides of the driveway. 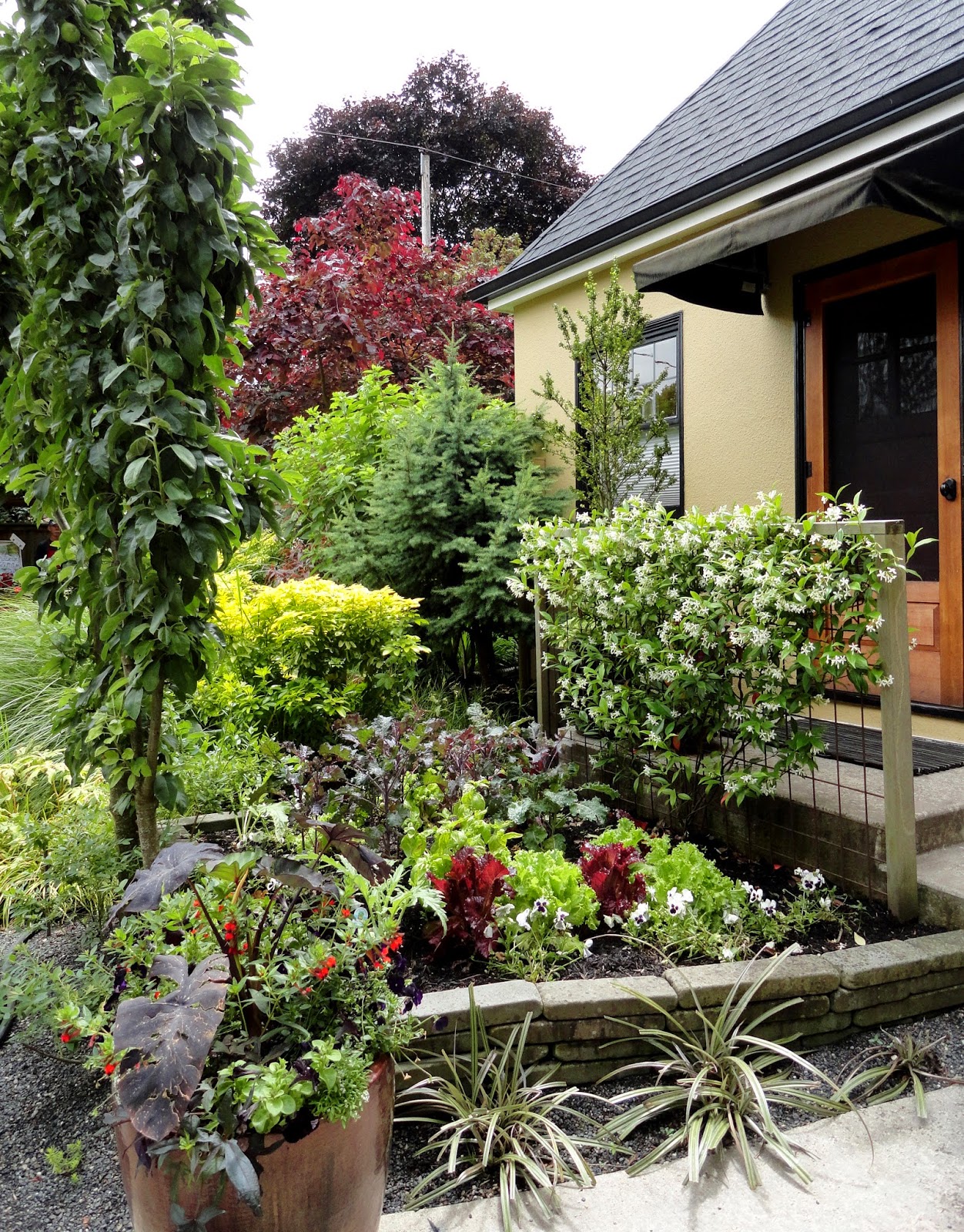 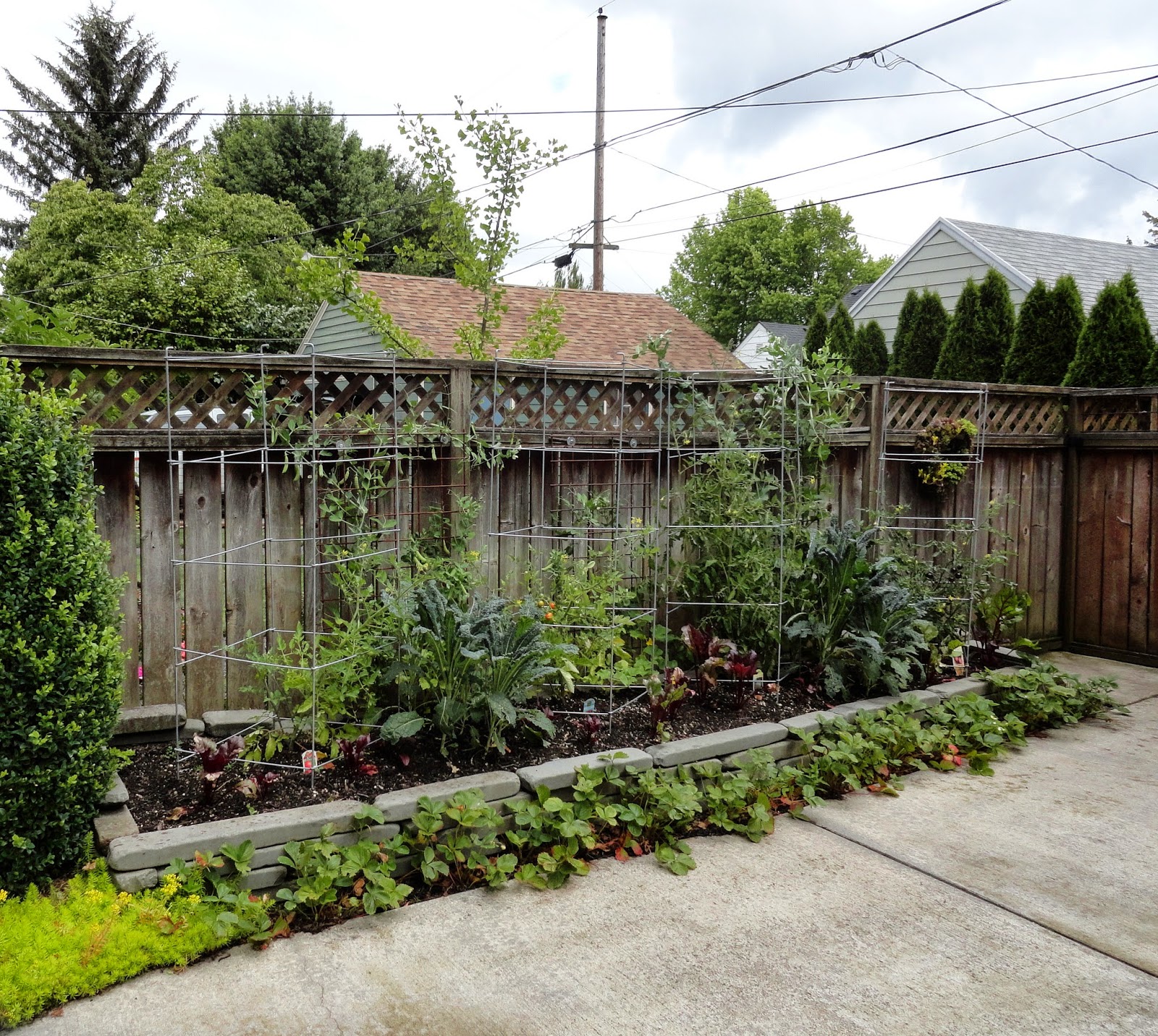 And a covered area off the garage that I'm sure is utilized year-round (it was home base for Garden Conservancy raffle tickets during my visit)... 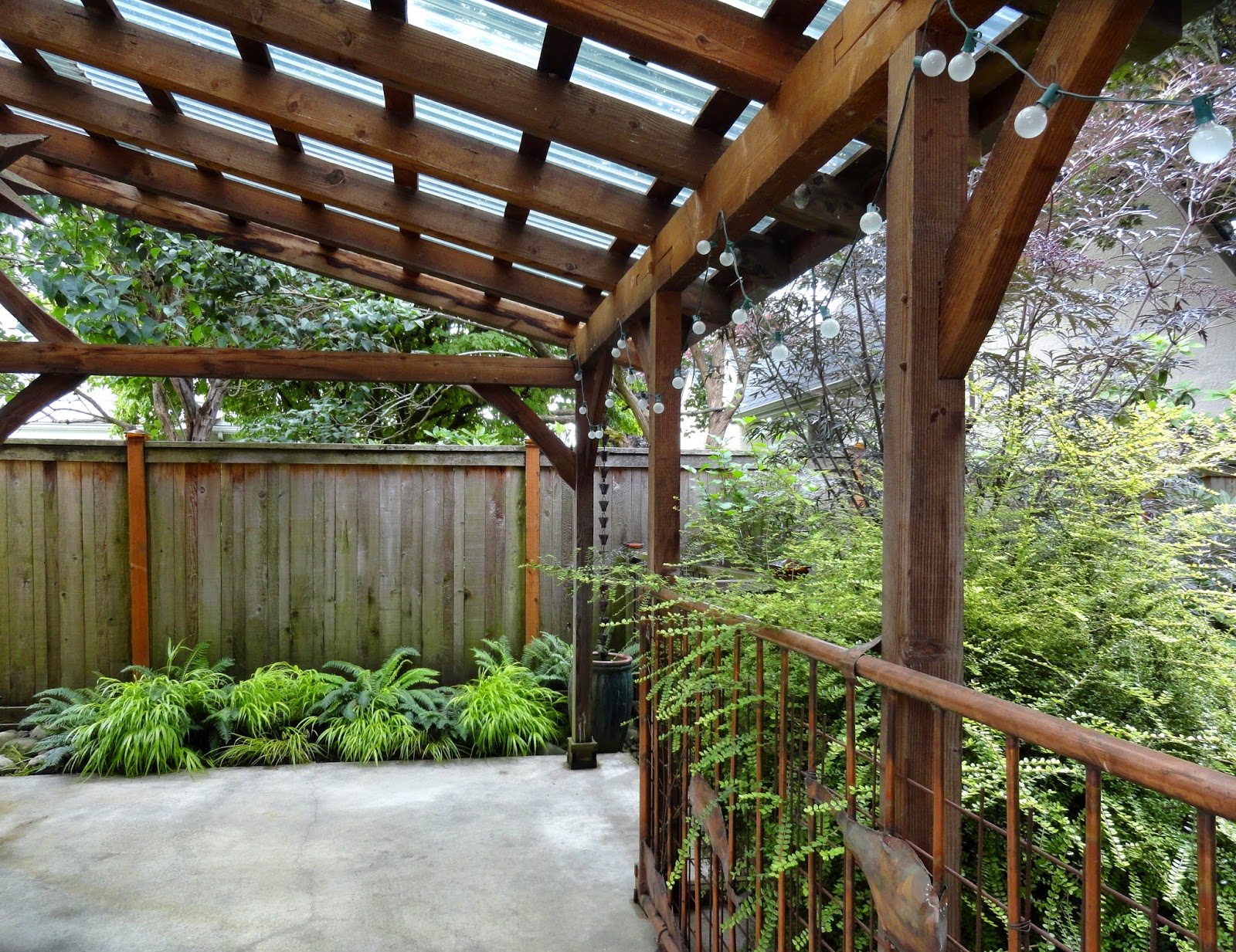 You know how near and dear to my heart containers are... 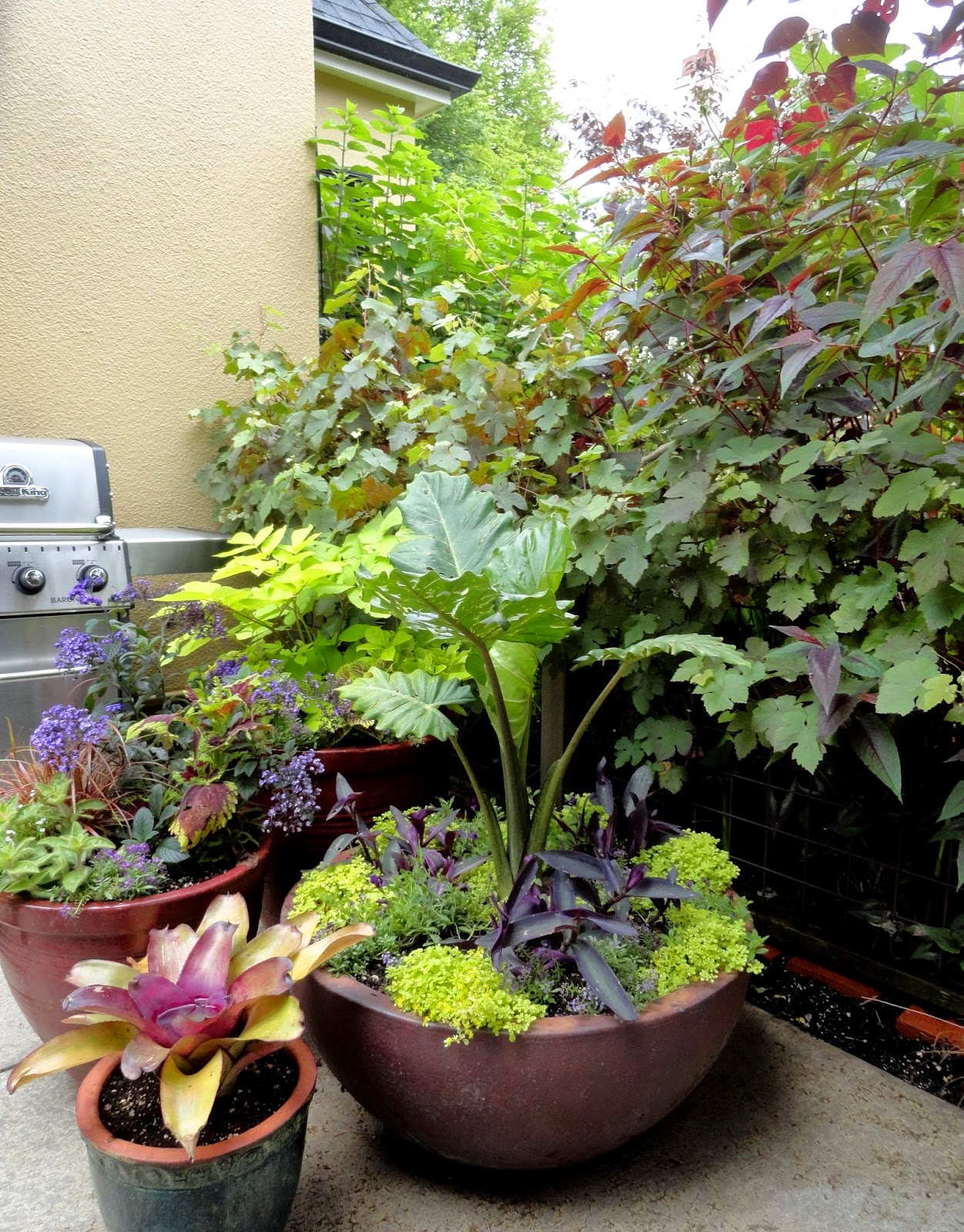 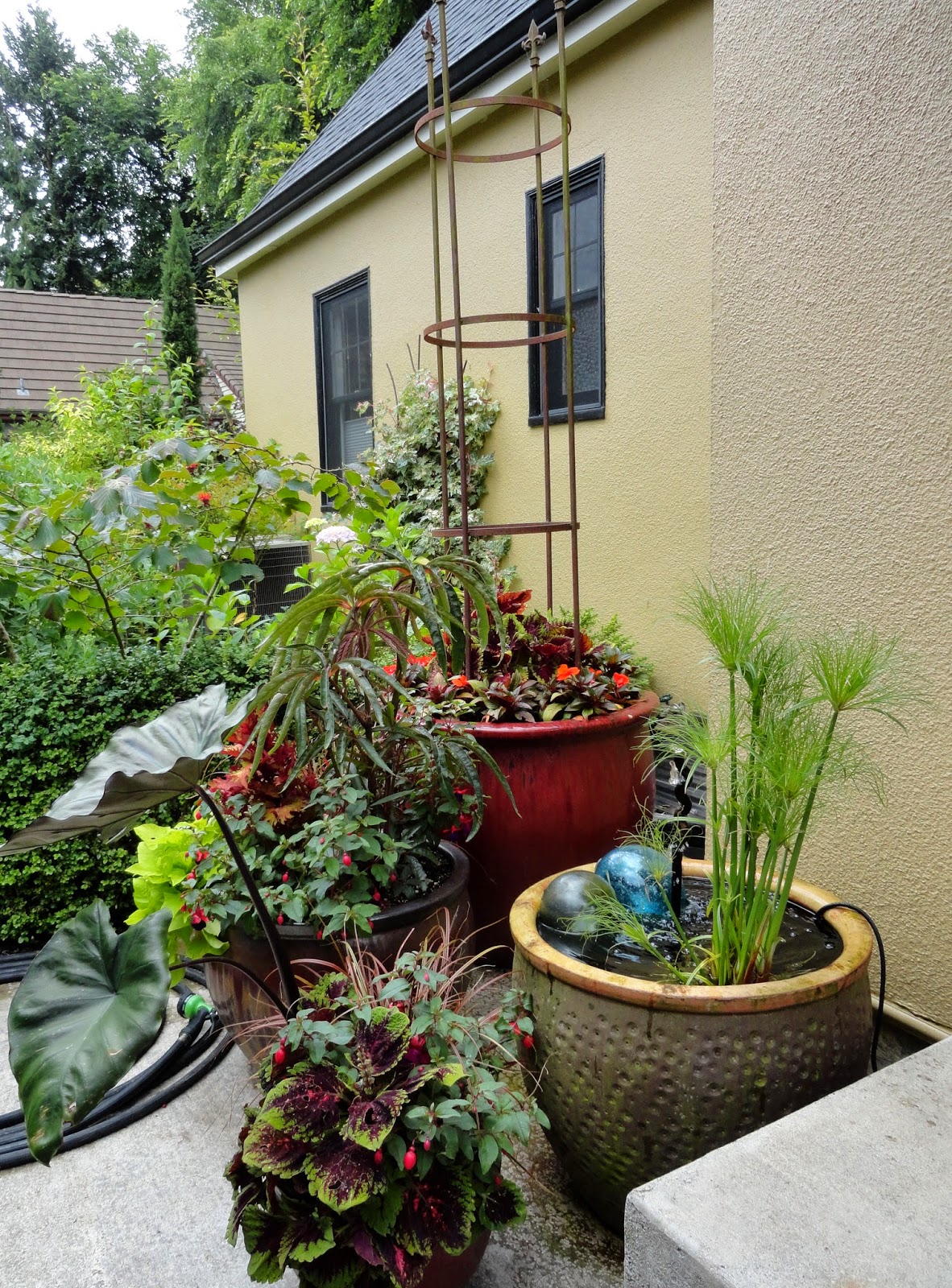 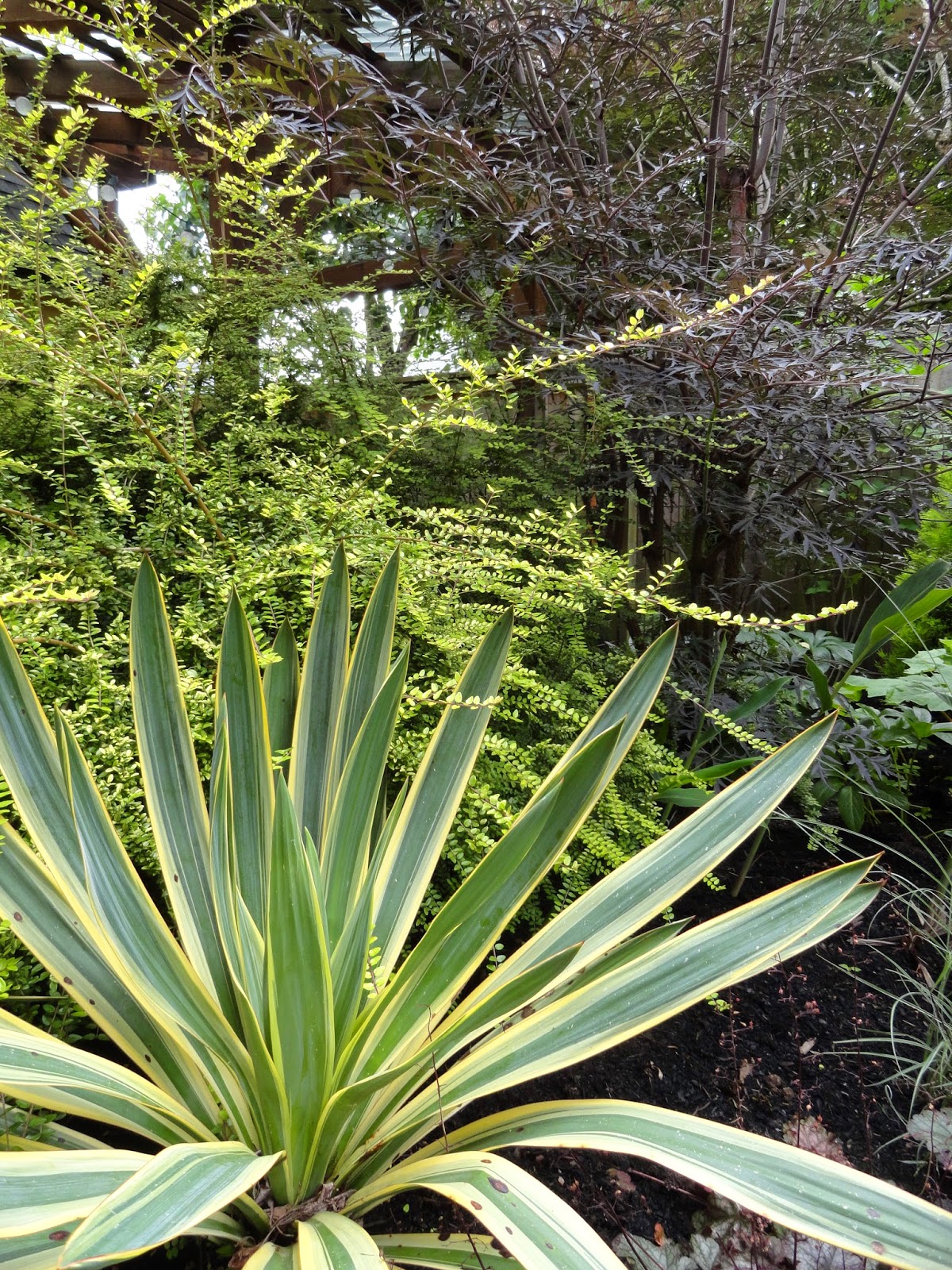 The bee houses were designed and painted to be features rather than strictly utilitarian objects. 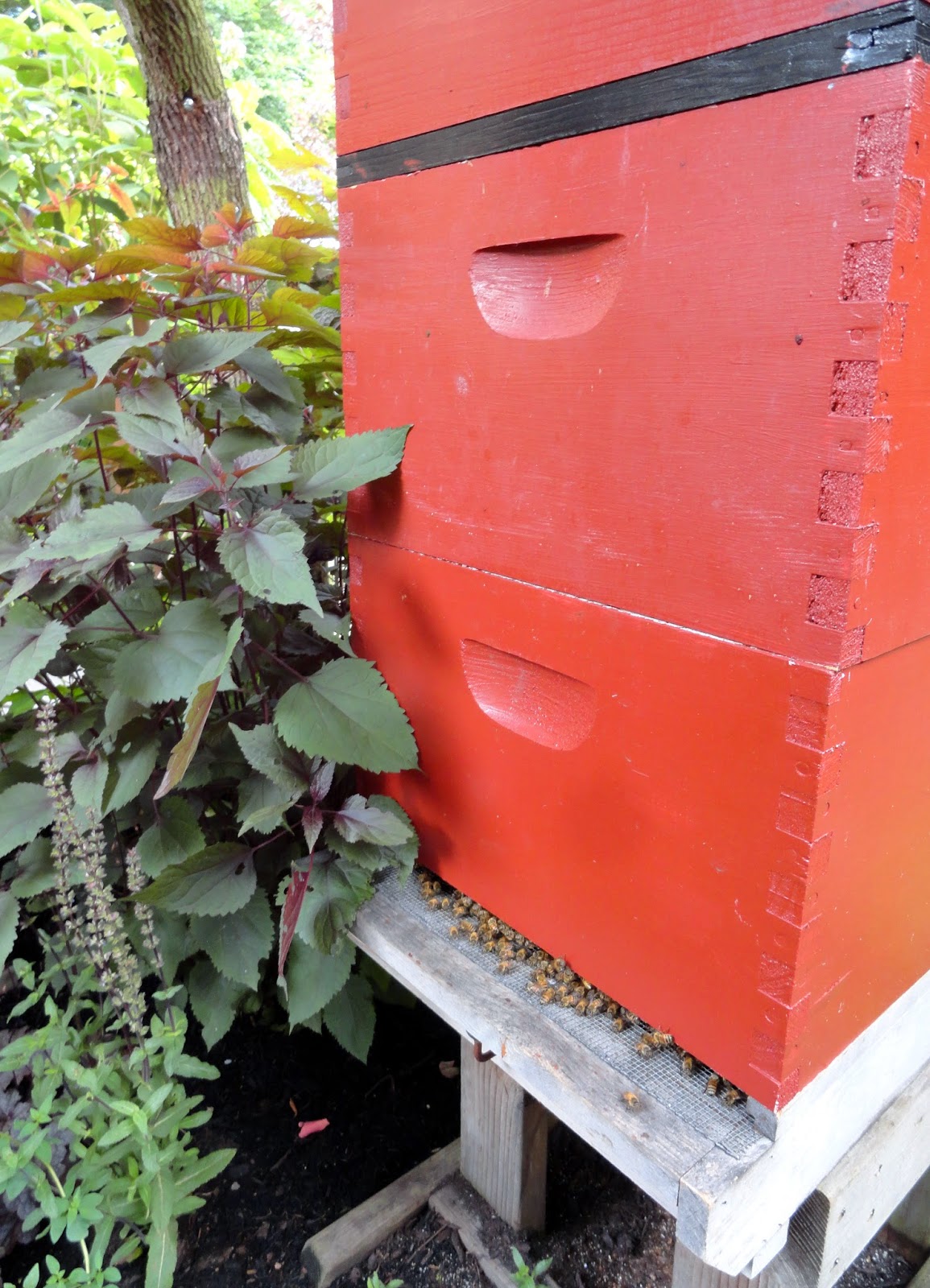 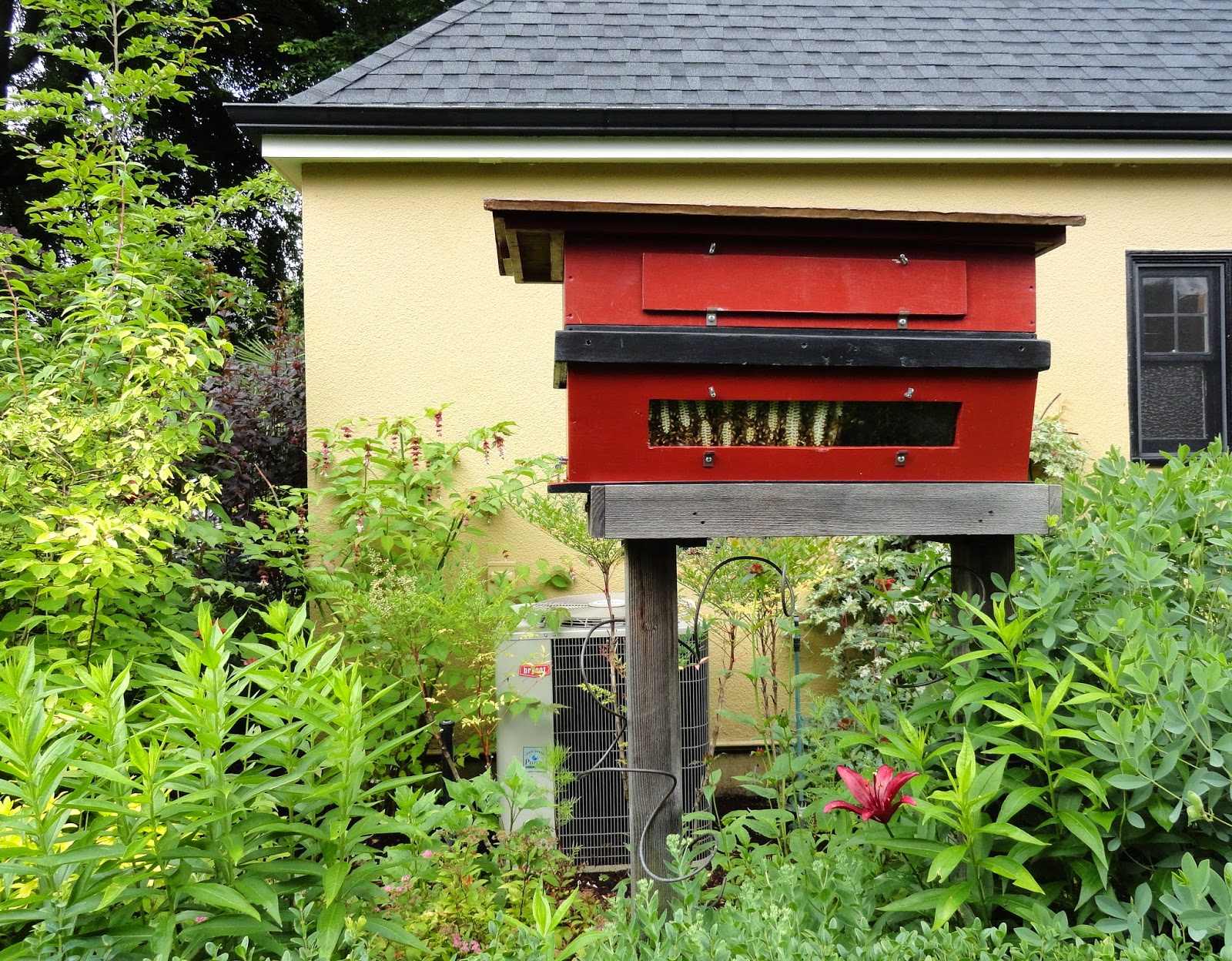 And this, a built up pond, was lovely. This is what I saw from across the garden. Soon we'll have a closer look. 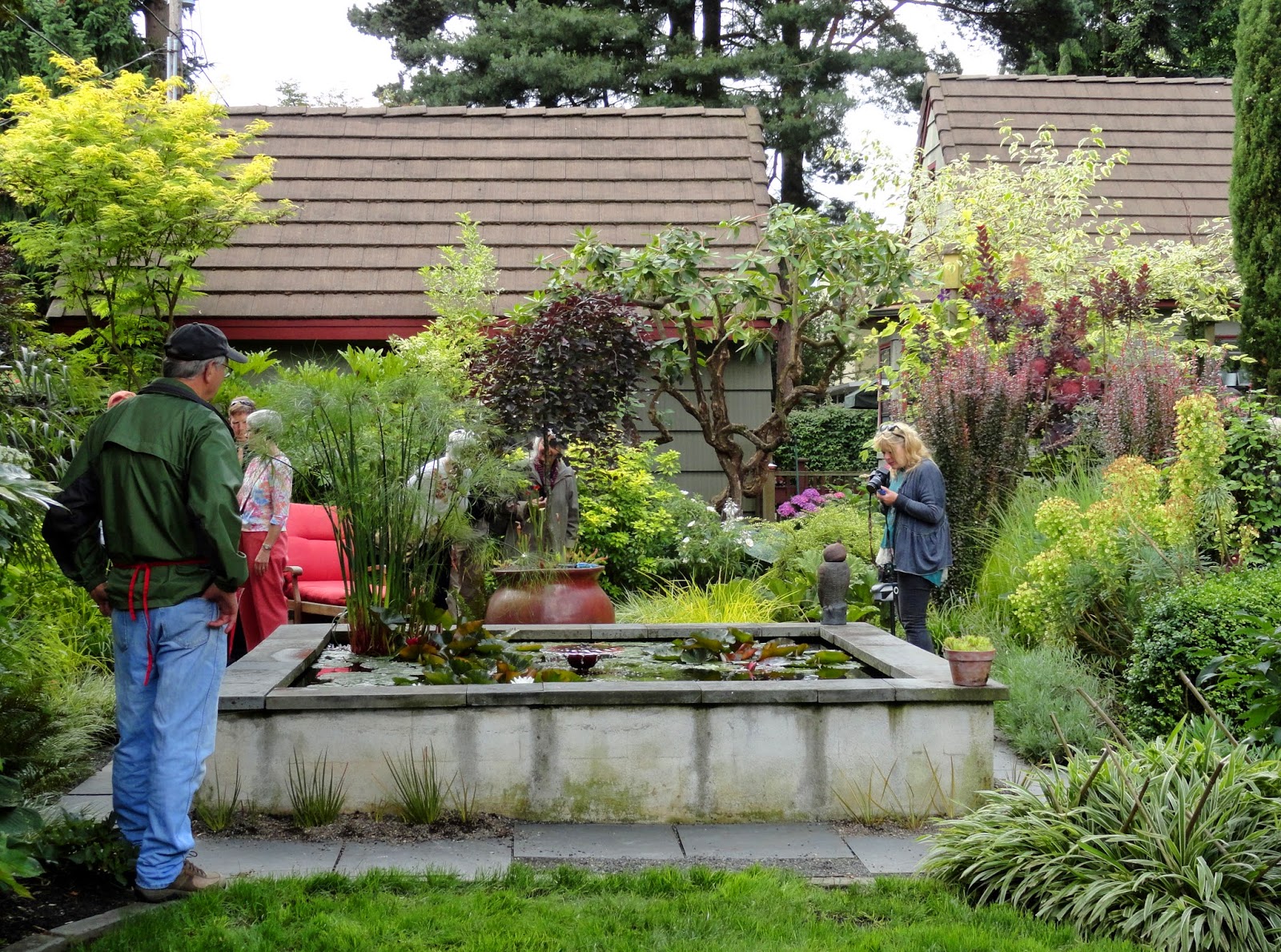 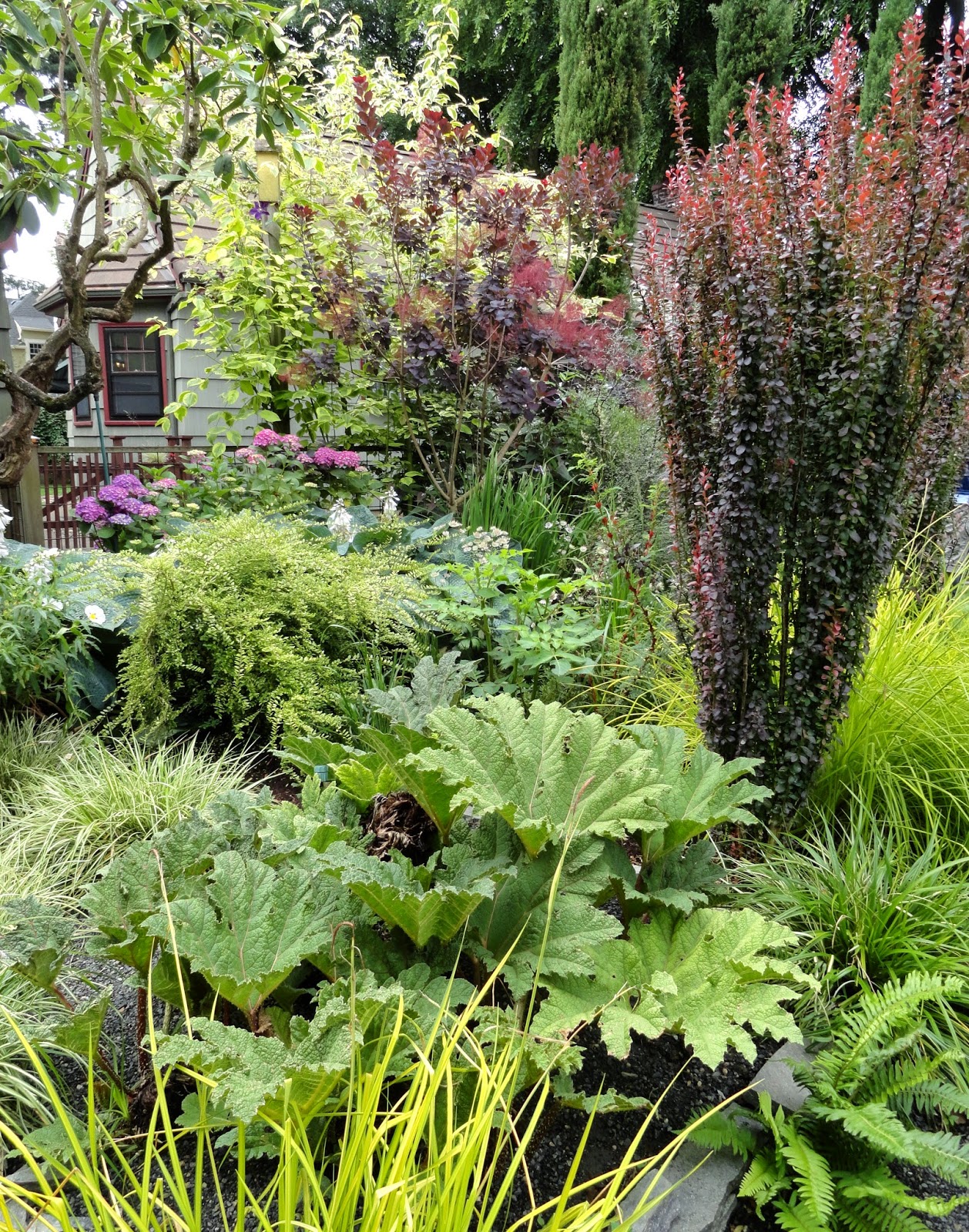 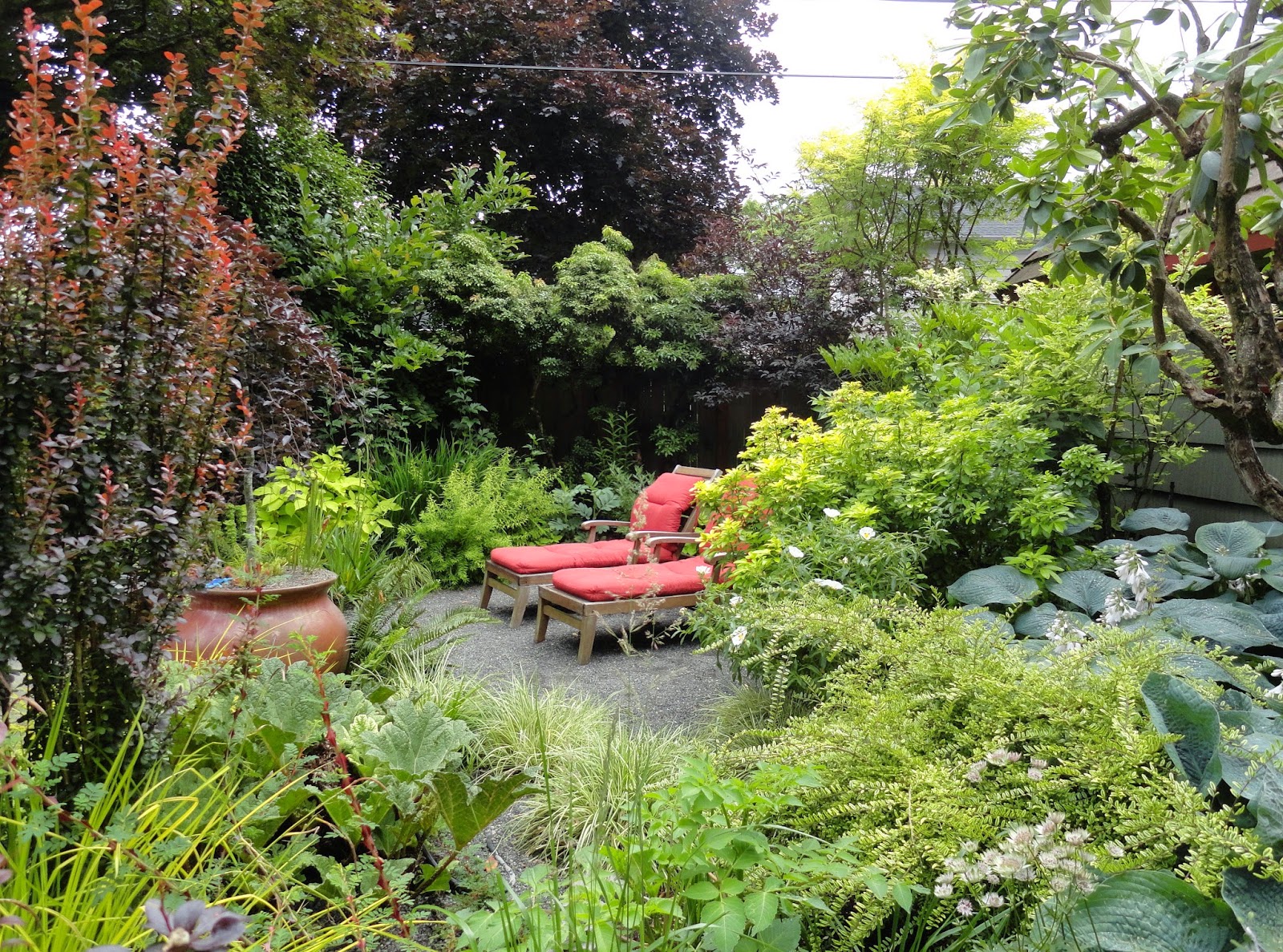 Up close. There were many friendly Koi but I couldn't get a good photo of them. 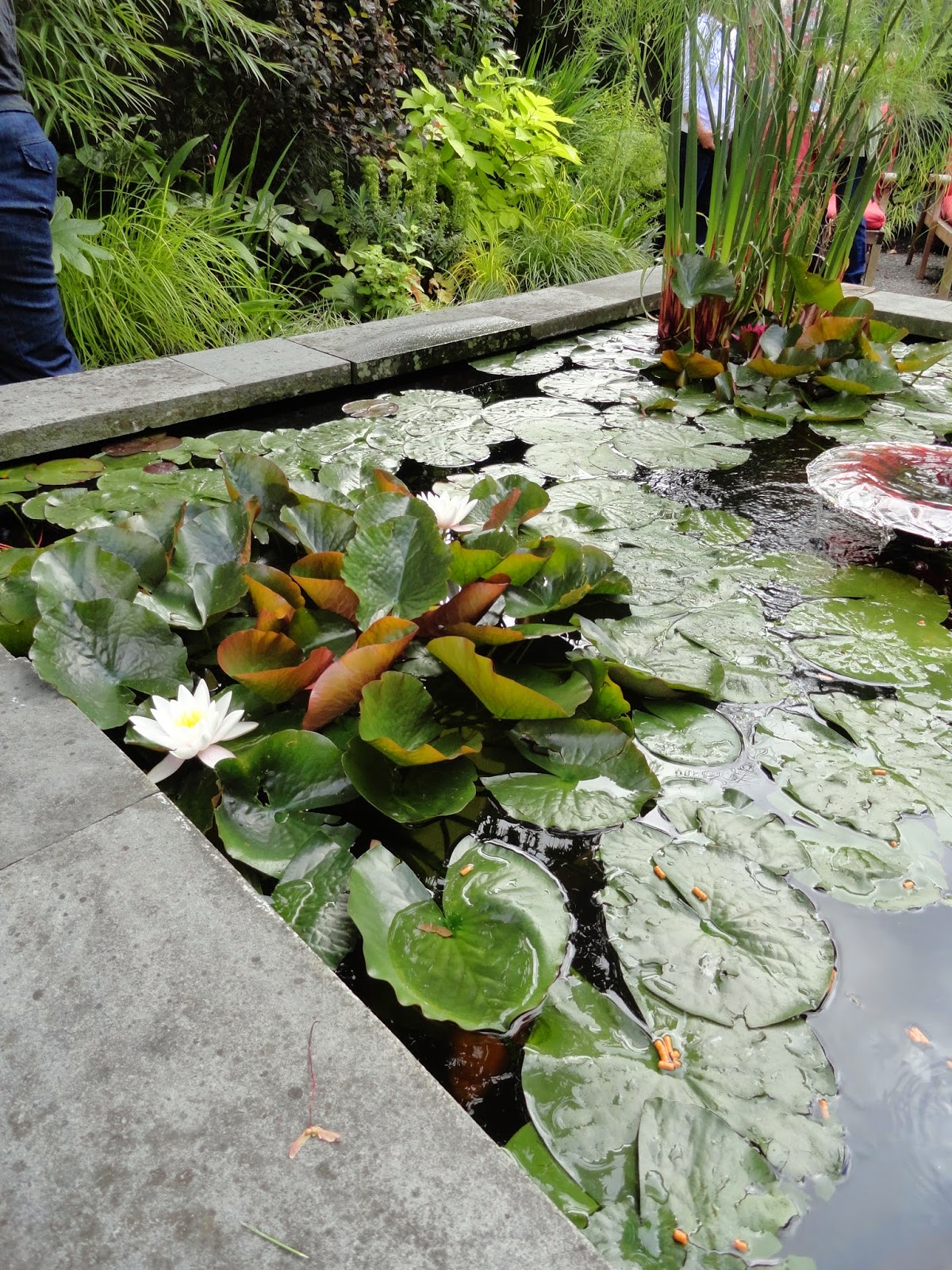 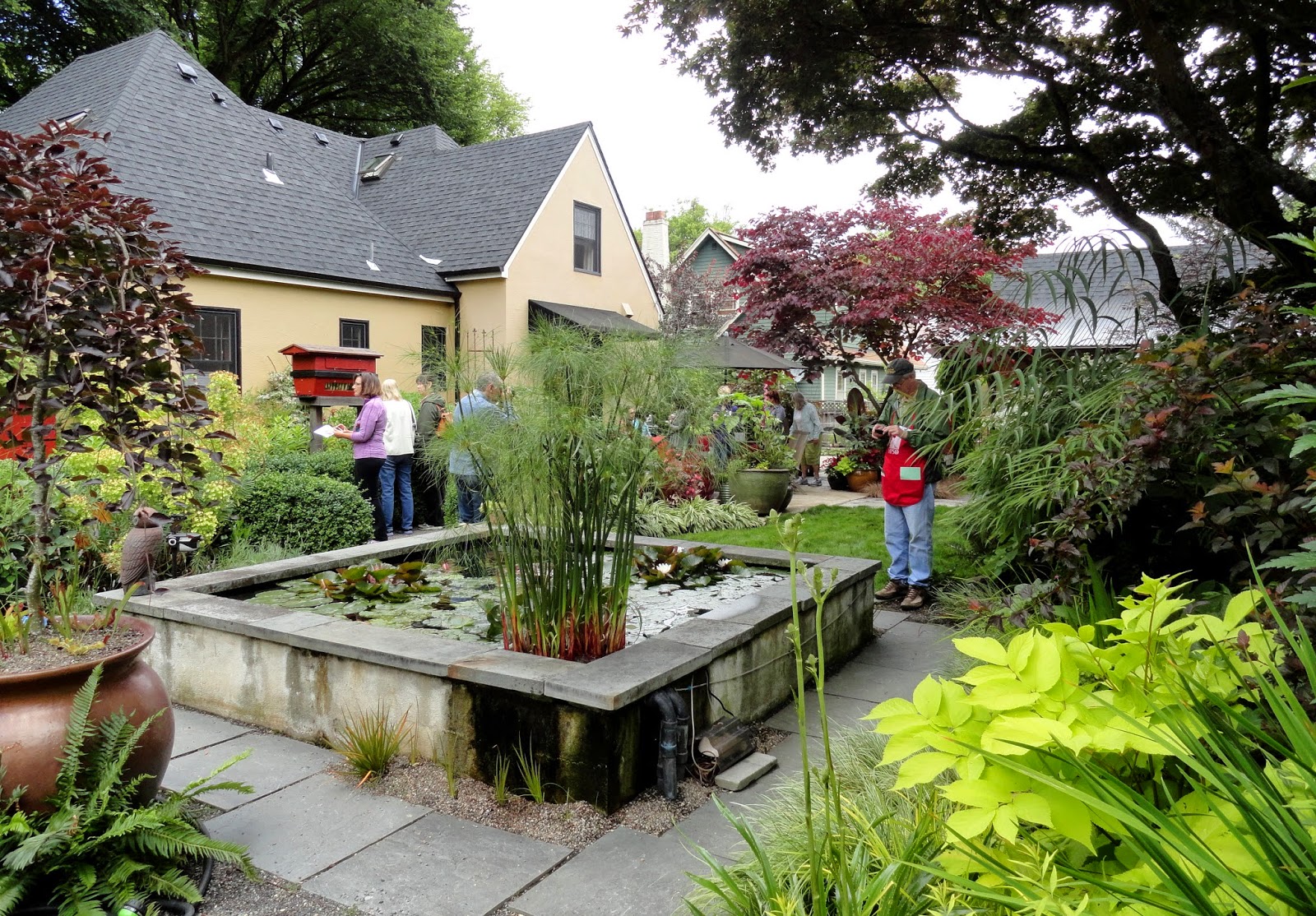 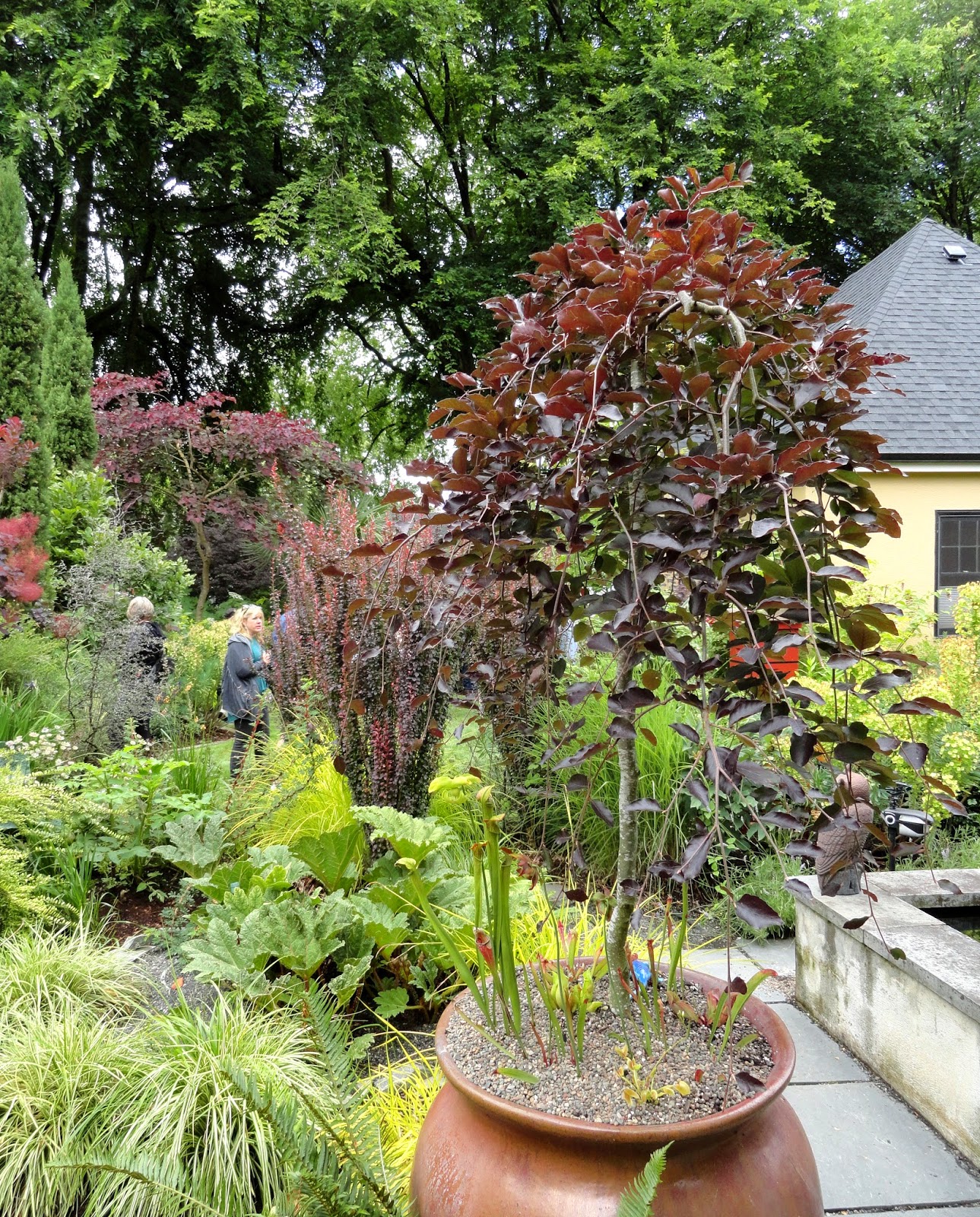 Well this is just about the end of this garden, but I've got 4 more to share with you (there was another on the tour but I skipped it, having seen it last summer)... 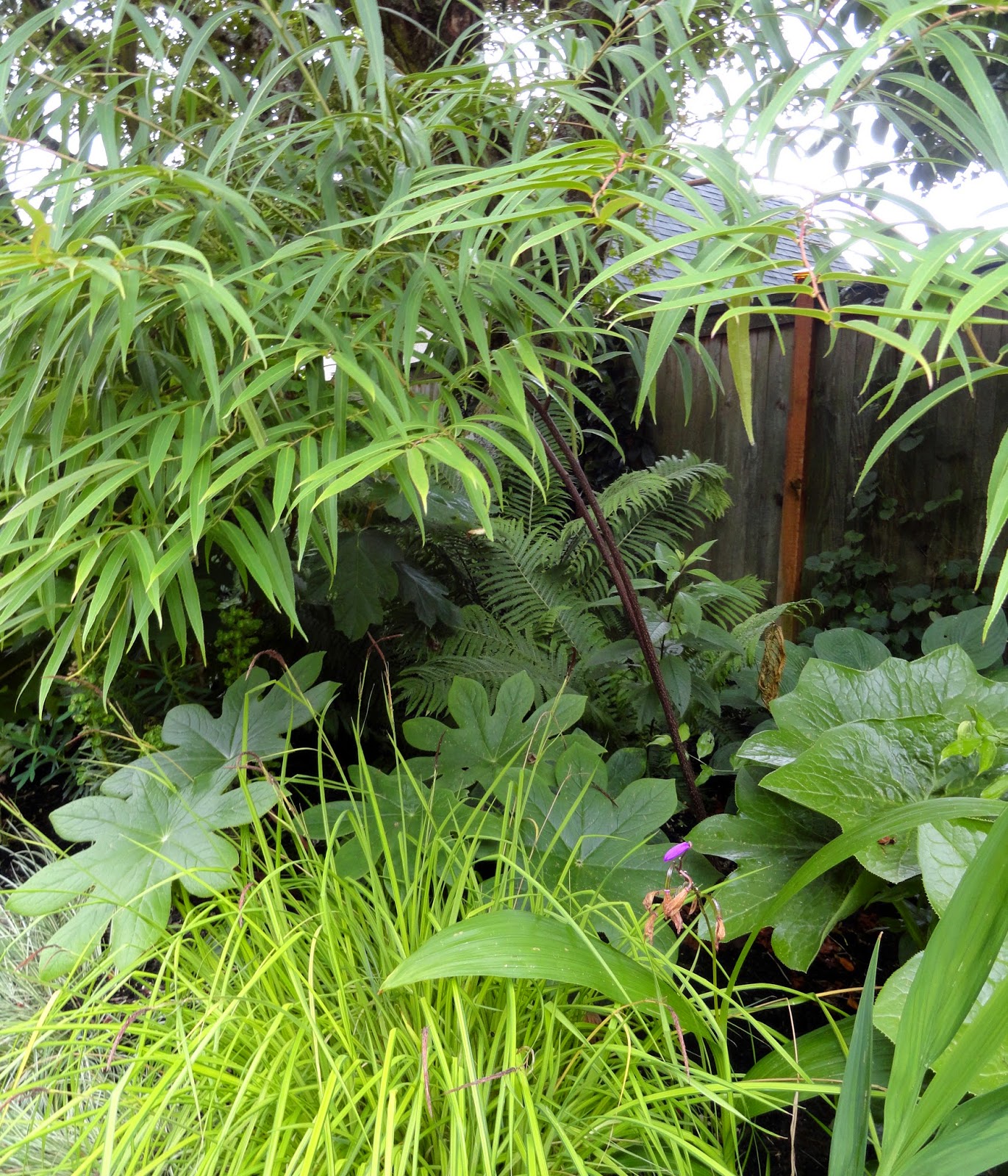 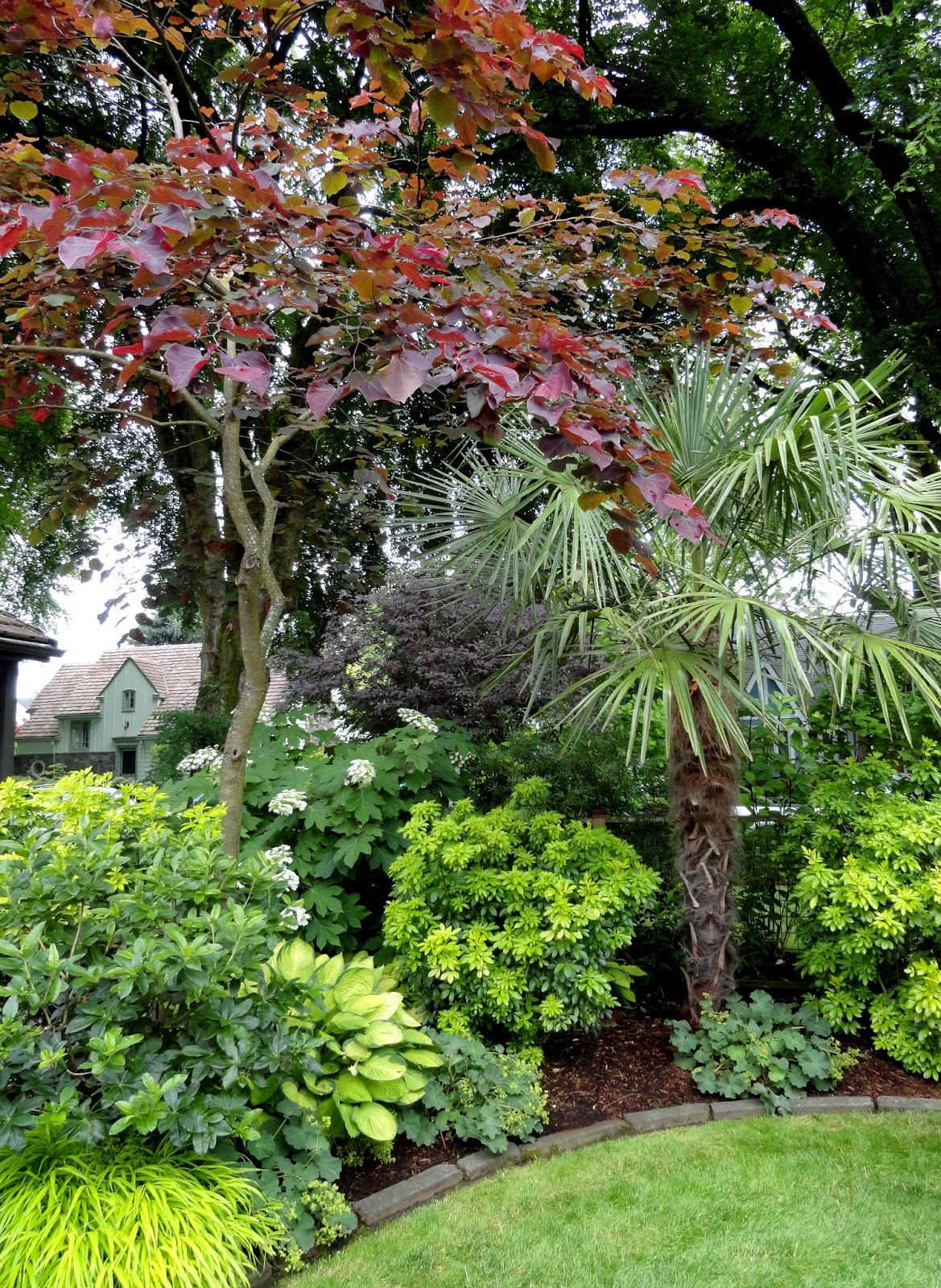