November is not a very floriferous month here in my garden, however, going for a record six months of nonstop blooming (thankfully) we have the beautiful Abutilon hybrid 'Fairy Coral Red’... 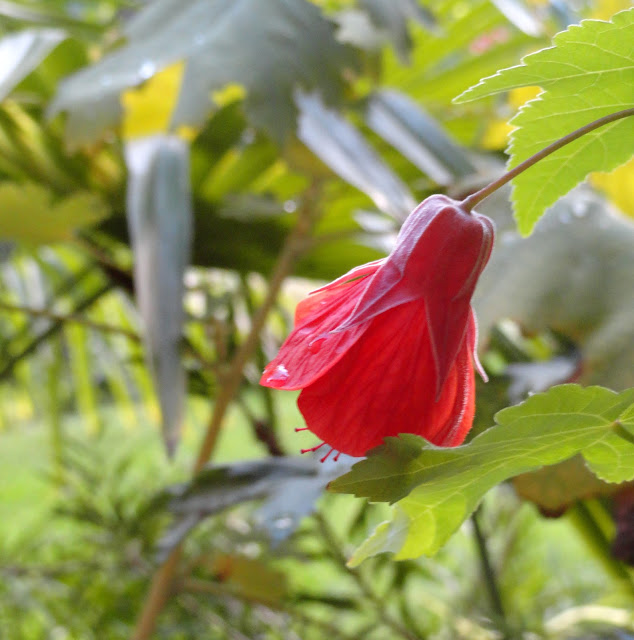 Not even the powerhouse runner-up Grevillea juniperina ‘Molonglo’ can claim six months nonstop as it’s currently taking a bit of a breather. All summer I was rooting for this plant to grow so it would be visible in it's carefully chosen spot at the back of the border, against the wall. I finally read the tag the other day...turns out it only gets 2ft tall. Duh. Guess I'll be moving this one. 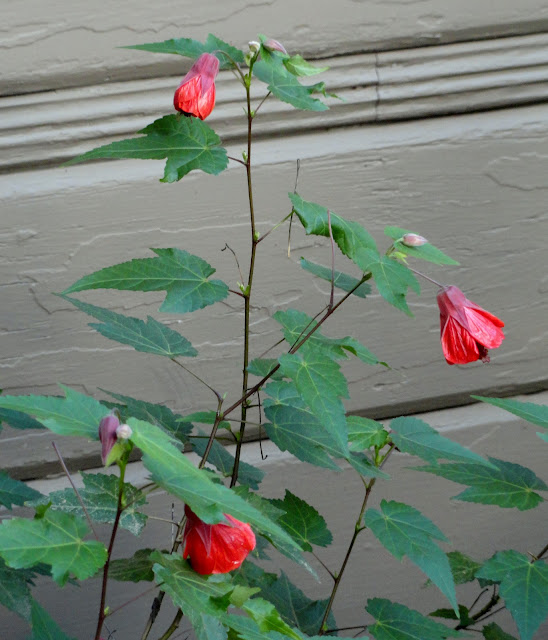 I shared this one last month too, but heck I'm desperate! Grevillea 'Neil Bell'... 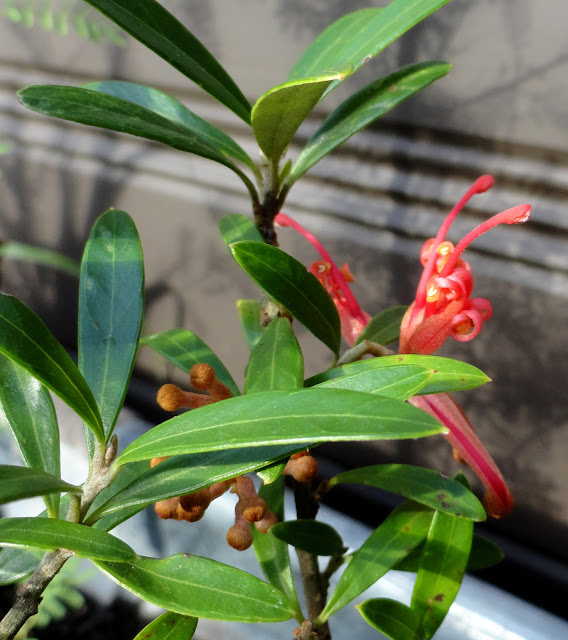 I noticed these Aloe haworthioides buds shortly before bringing the plant inside for the winter. They keep getting bigger and bigger, I hope changing it's surroundings won't keep them from opening. 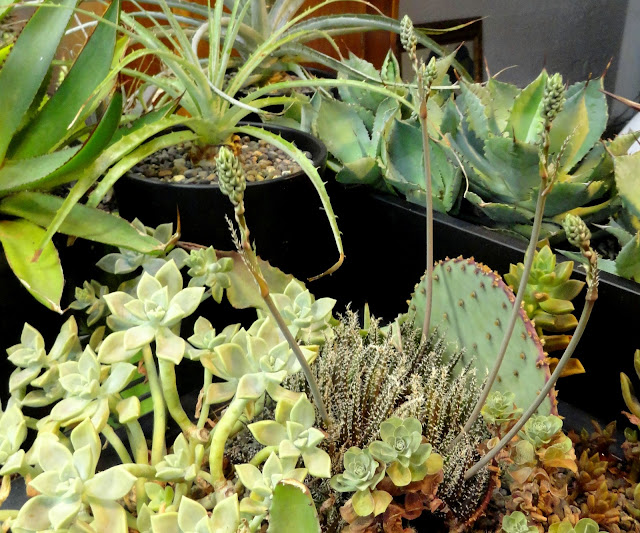 This Cryptanthus budded up while still outside, it's been a nonstop flower show now for a few weeks. 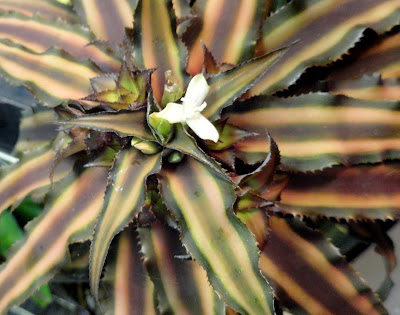 Disporum cantoniense 'Night Heron'...I know, these are not flowers. But this plant generated so much praise when I shared it's blooms back in May that I wanted to share what happens next... 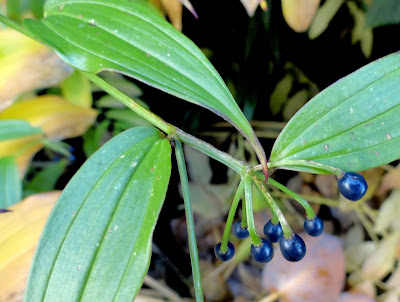 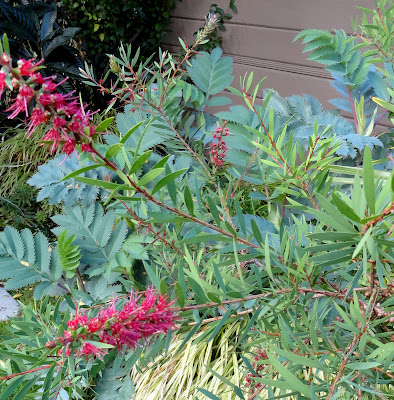 Fatsia japonica, this is a different plant than the one I shared pictures of earlier in the week. It's blooms show signs of a lot of activity. I can't see this one from the house so I'm not sure who's been visiting with such energy. 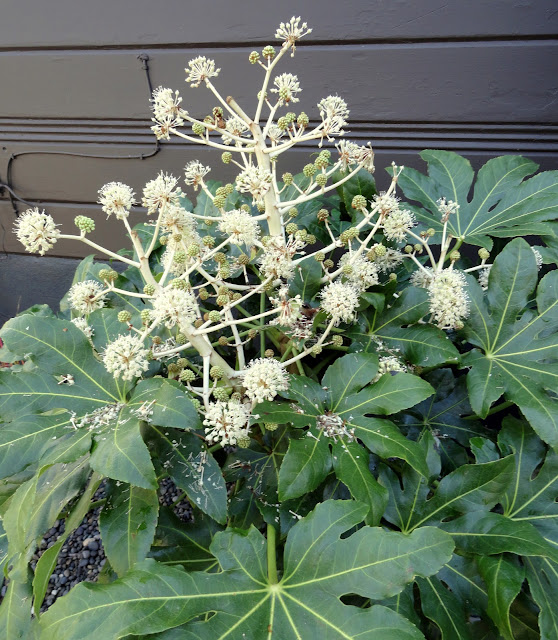 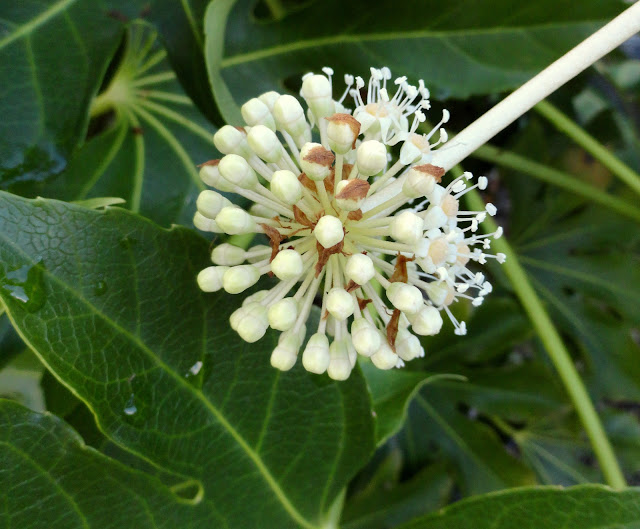 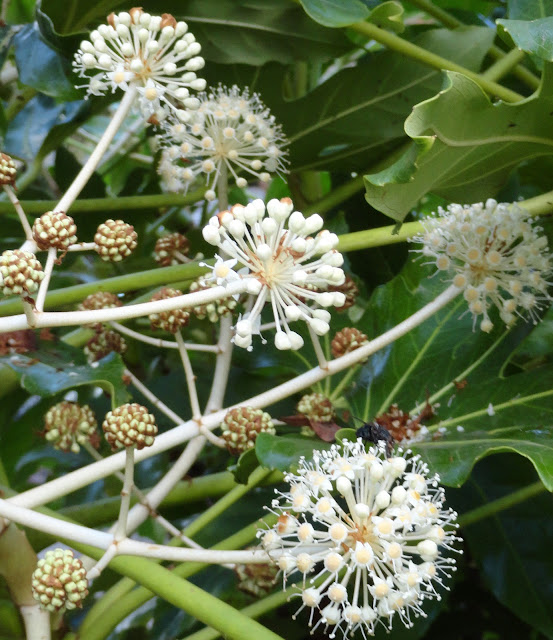 Mahonia x media 'Charity' how can you not love a plant that sends up blooms like this in November? I think I need another, or three. 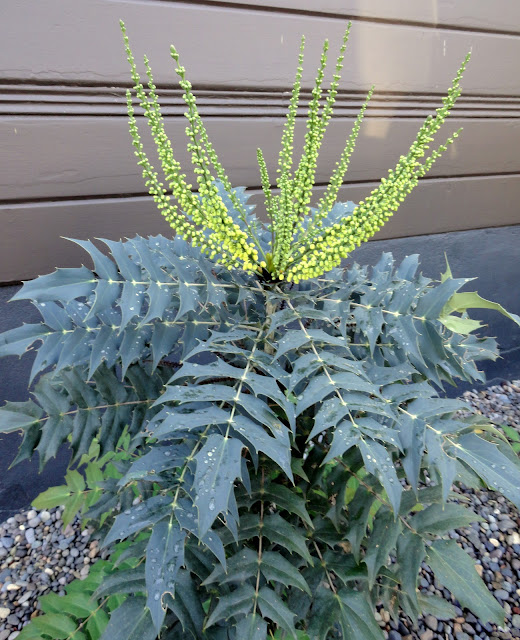 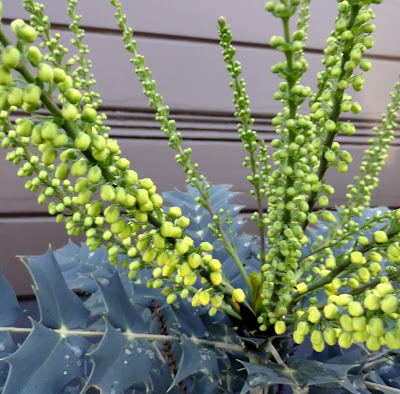 Mahonia fortunei 'Curlyque,' these are almost finished, just a couple of flowers remain. They have been enjoyed by a visitor just like the Fatsia above and are planted only about 6 ft away from it. I wish I had a window on all this activity. 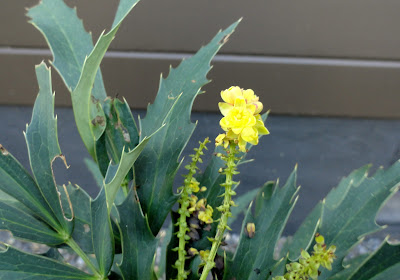 Last winter I threatened to move this Mahonia eurybracteata 'Soft Caress' as early as possible in the spring. Instead I removed the leaves of the bamboo and Tetrapanax that were hiding it and it's responded very well. New growth and flowers too! 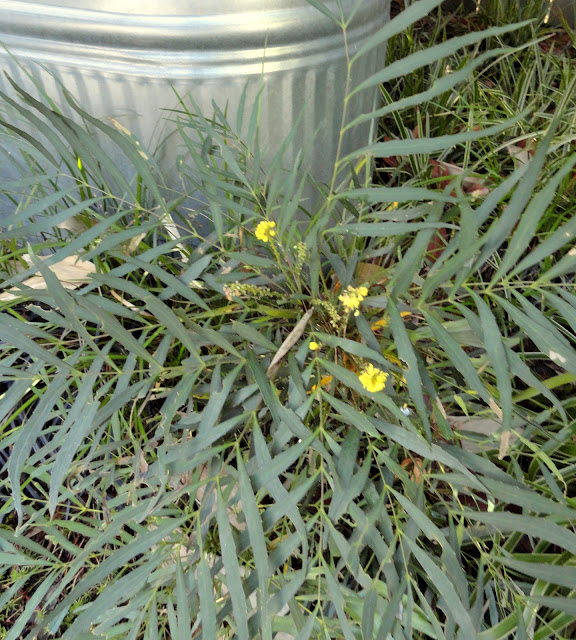