I took this first batch of photos on a May outing to Gales Creek in Oregon's Tillamook Forest, with Andrew. Since then a trip to Nashville, Tennessee, resulted in a second group of forest/fishing photos. Me thinks it's time to do a little forest bathing, we'll start in Oregon... 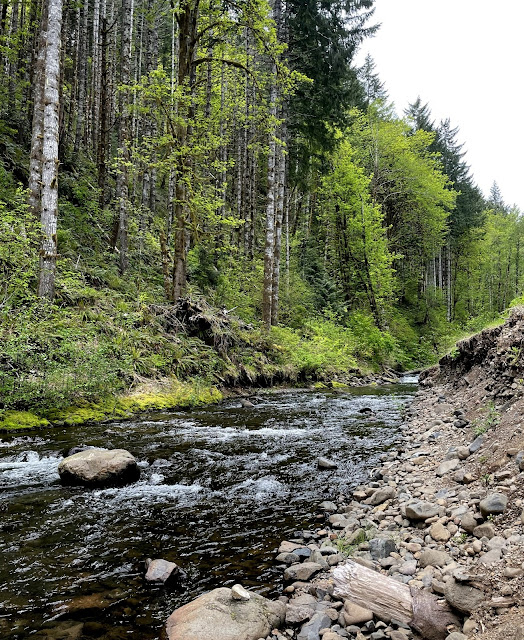 We aren't bathing literally of course, that water was cold! Just a look around, appreciating plants in the wild. 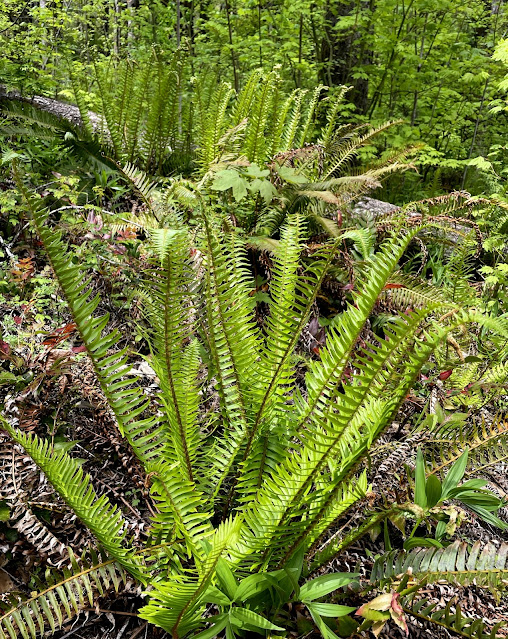 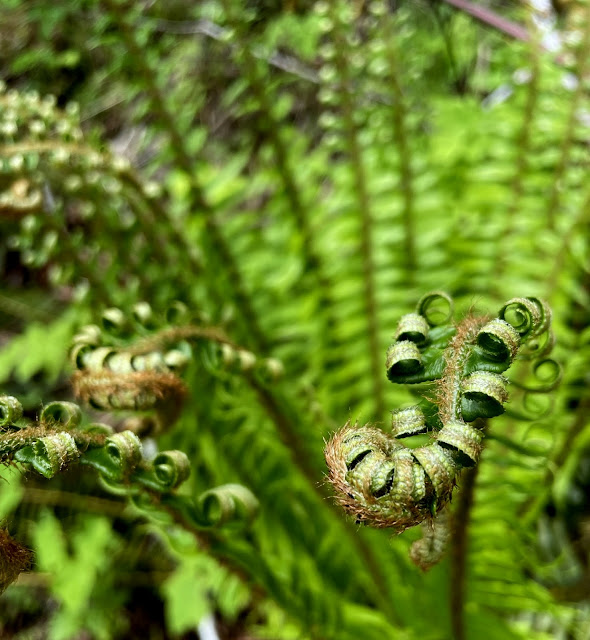 And a mahonia, perhaps Mahonia nervosa. 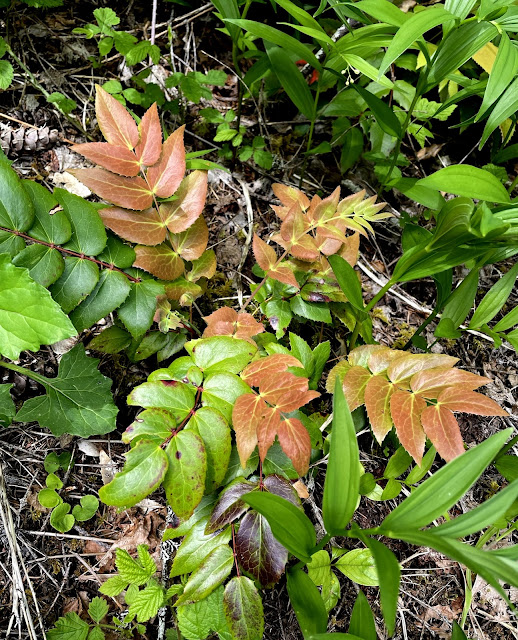 Lots of moss too... (with Vancouveria hexandra) 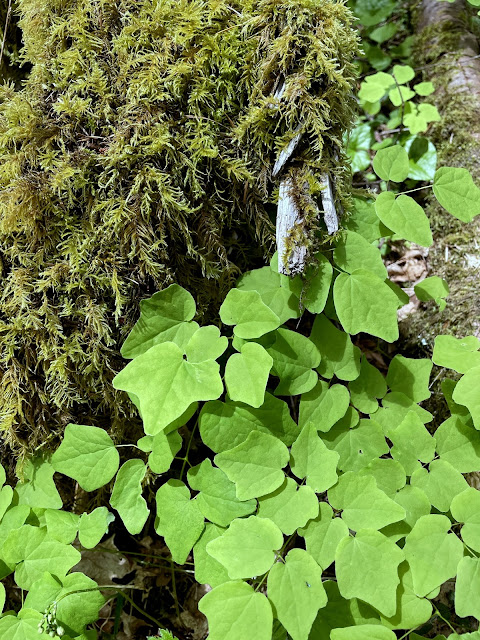 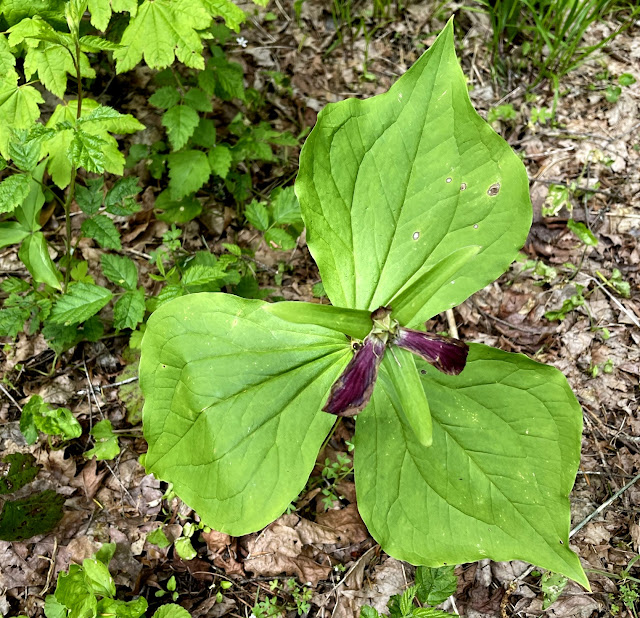 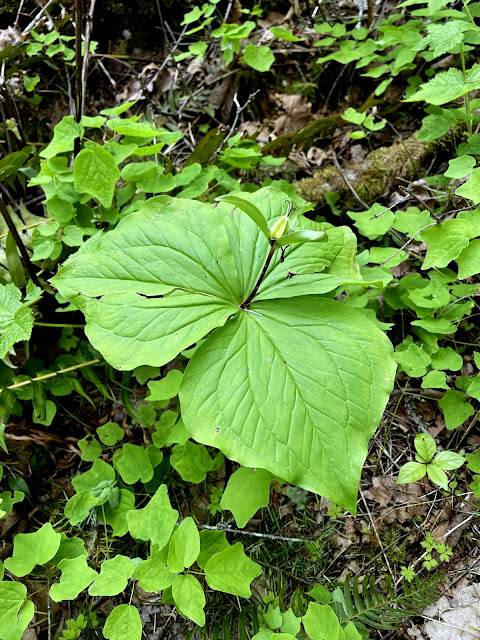 There was a sign near this working old pump, along with a couple of buckets. Put out your fires! 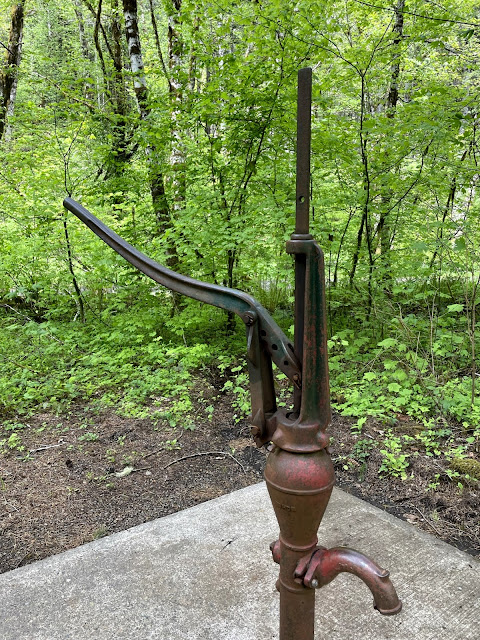 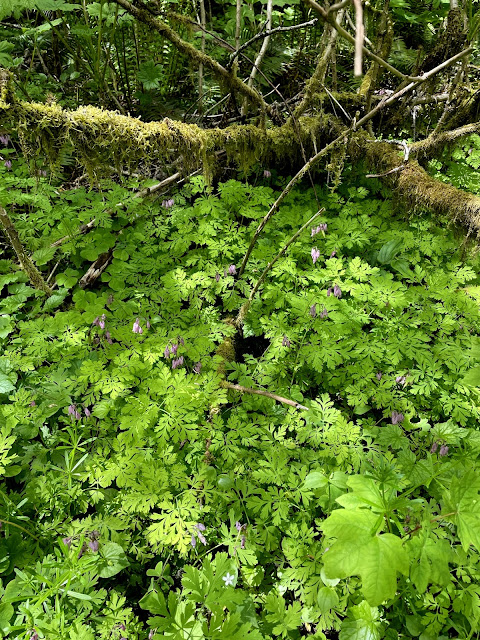 ...the pink flowers. I don't know what the white ones are. 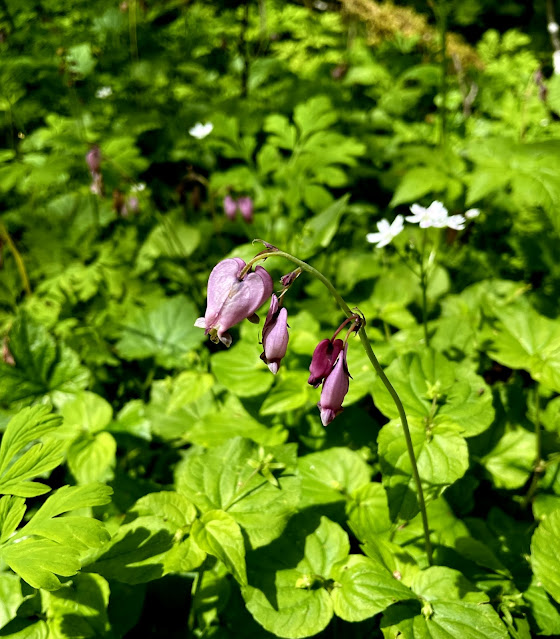 I also have no idea what this hosta look-alike might be. *update: Maianthemum dilatatum, thanks Jeanne!* 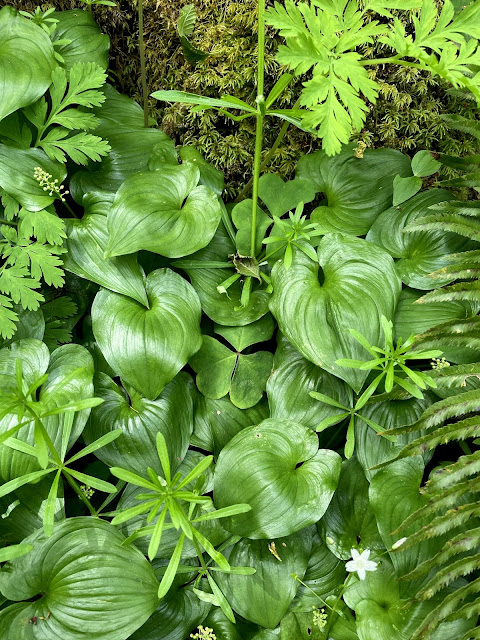 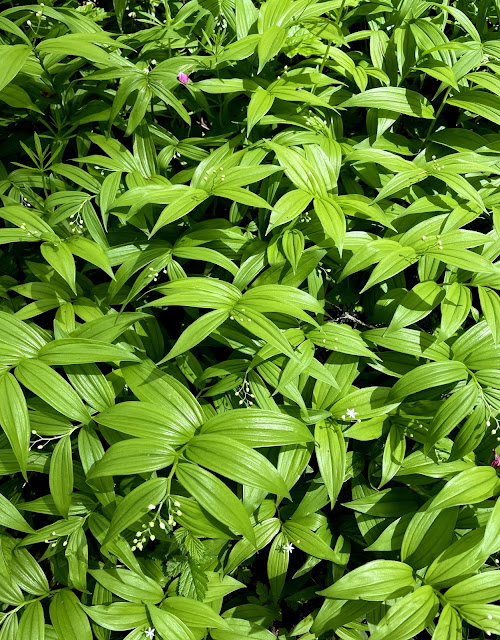 ...fast forward to mid-June and we were off to Nashville, Tennessee, to see my in-laws. Andrew took his fishing rod and we made a stop at Antioch Park. We were greeted by this colorful character... 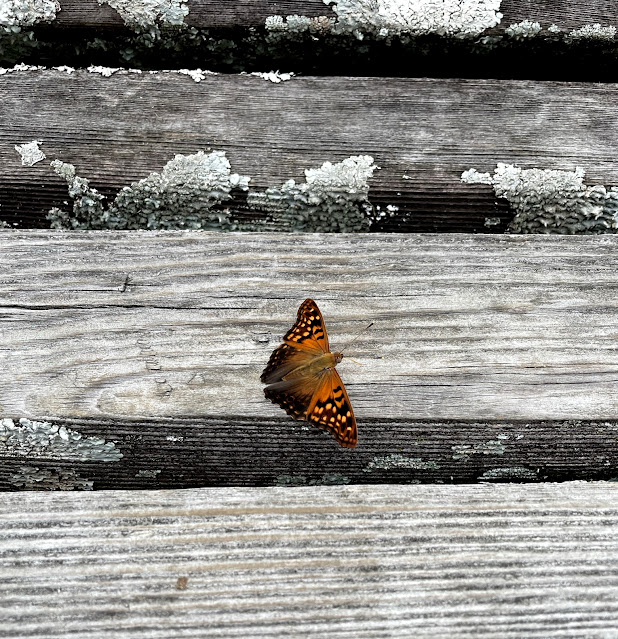 Who has a not-so-colorful side as well. 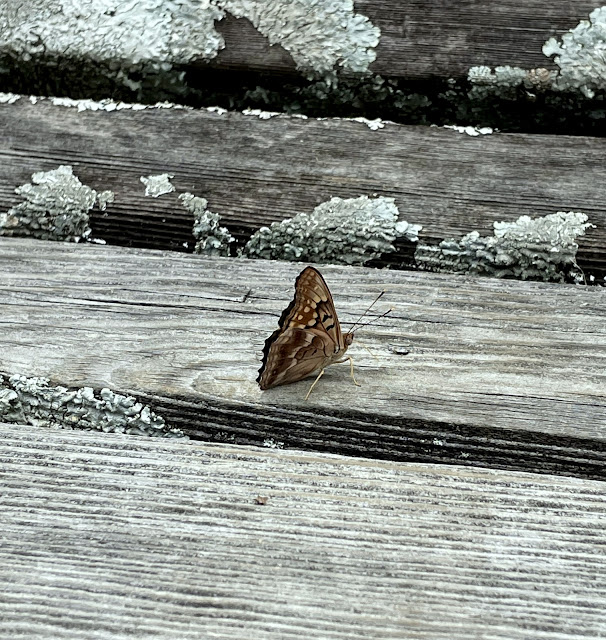 There were dozens of this electric blue damsel fly (ebony jewel-wing or Calopteryx maculata) zipping about. 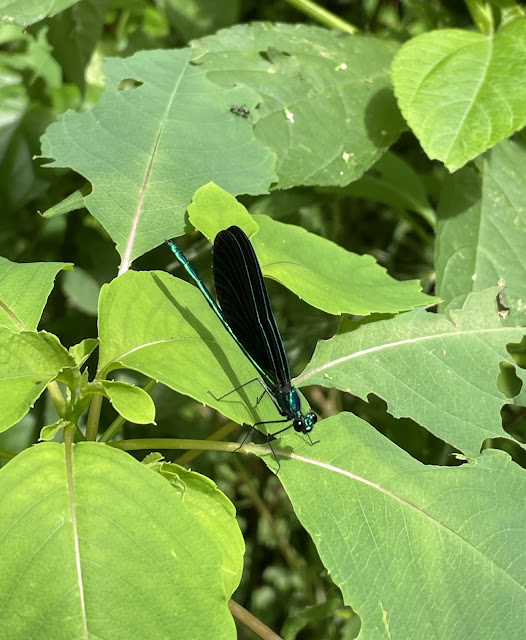 Lots of limestone too! 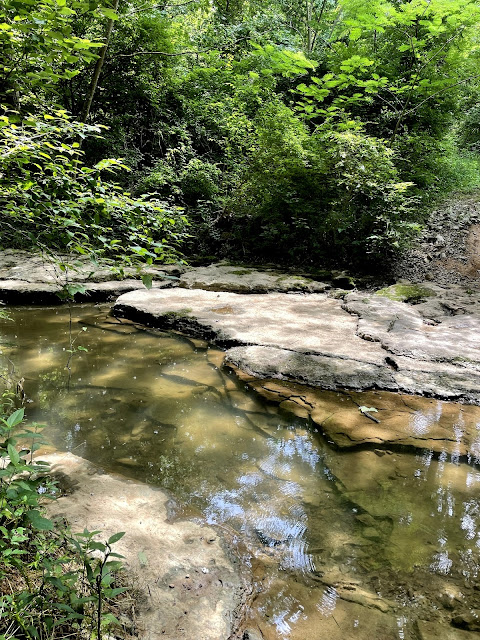 This was both odd and quite beautiful, the question is... what is it? 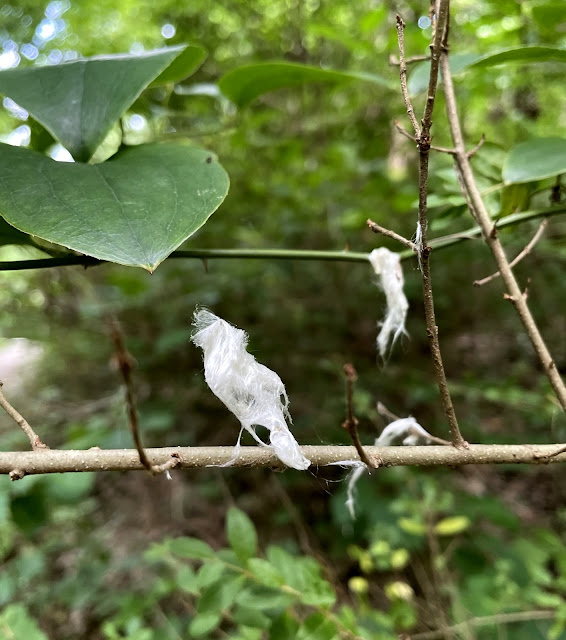 As we drove around the Nashville area I made a little mental list of plants I saw taking over any open space and like in the D.C. area, Albizia julibrissin was at the top of the list. 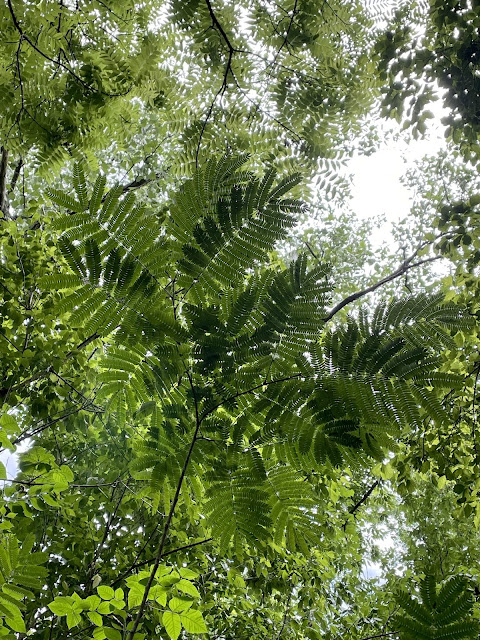 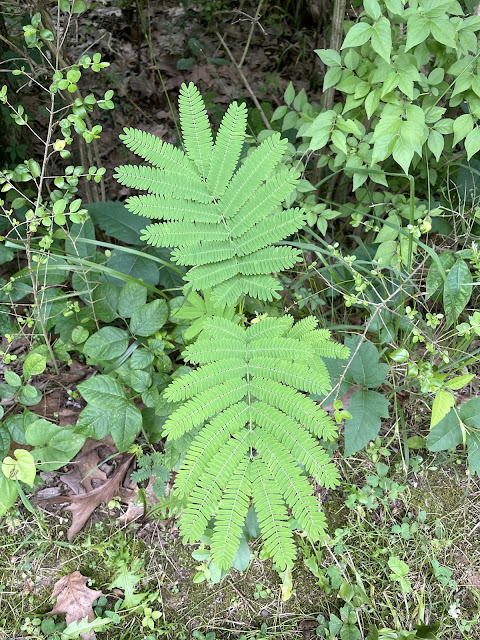 Other plants on that list included Campsis radicans, the trumpet vine, which I learned is native to the Eastern US.  Ailanthus altissima (the infamous "tree of heaven"), Vinca major, Parthenocissus quinquefolia, and various bamboo also made my list.
The lazy creek looked like a mosquito haven, but neither of us ended up with any bites. 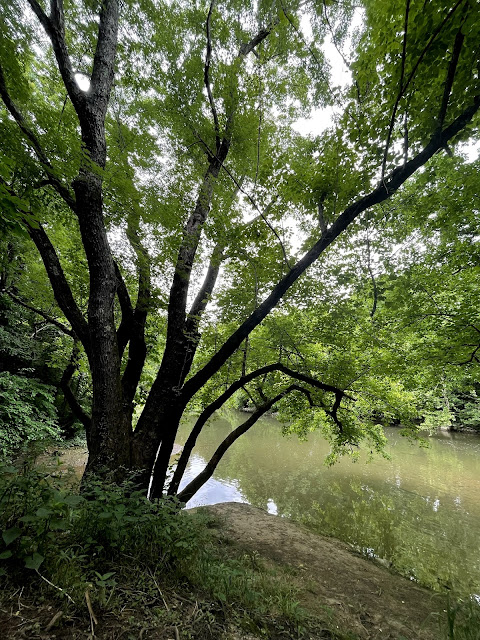 I'd been scanning for moss, mushrooms and lichen—and finally this bad boy caught my eye. 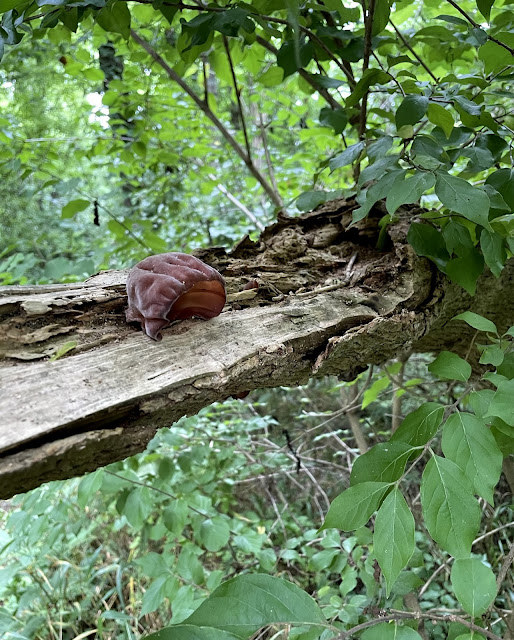 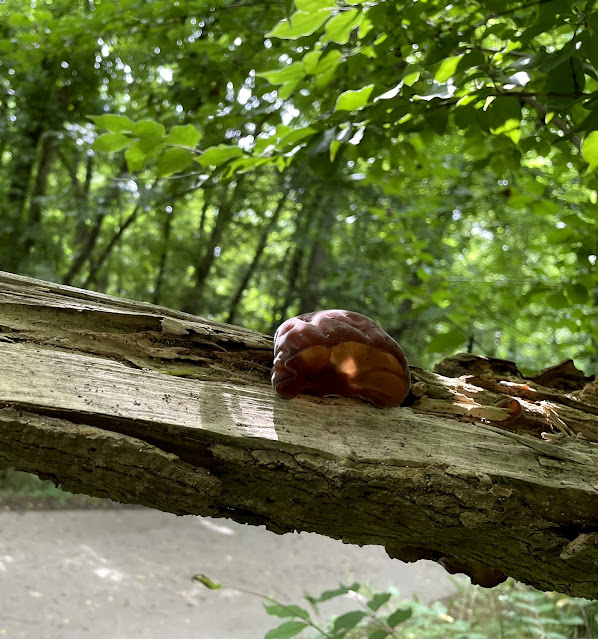 Smaller ones on the other side of the branch... 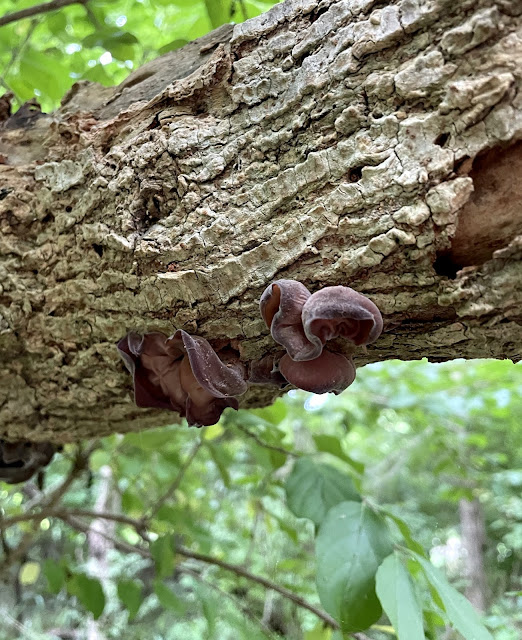 Speaking of bamboo, that's what this ground-cover reminded me of. It was low, like bamboo that had been mowed down and was resprouting. There were no taller canes to be found though, so I'm guessing its resemblance is purely a coincidence. Can anyone make an ID? *update: Microstegium vimineum, aka Japanese stiltgrass, thanks Anonymous!* 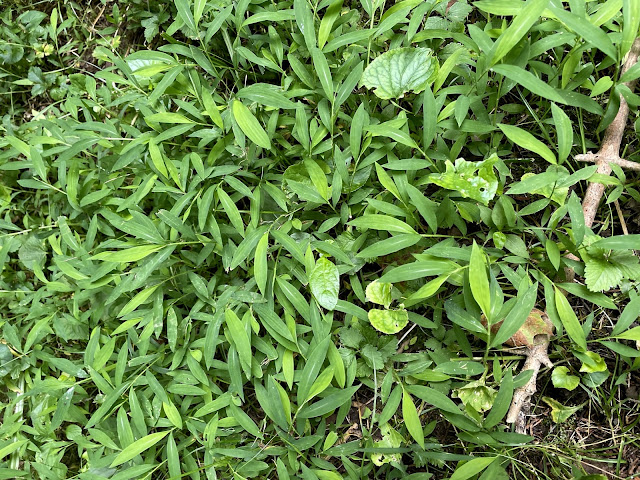 That's a wrap on this post, ending with a charming metal fence near a bridge... 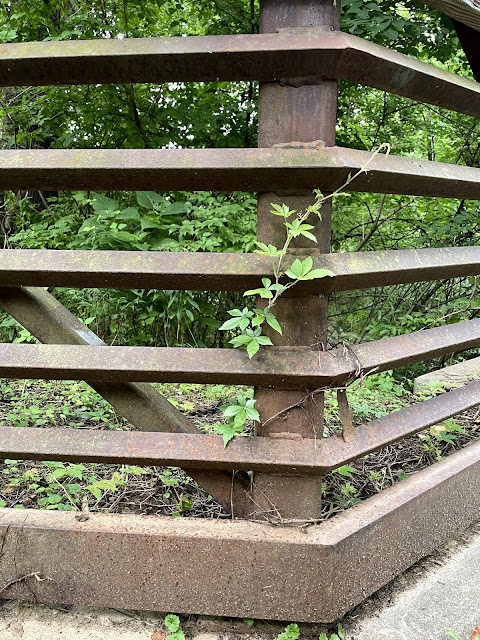