slapped in the face by fall 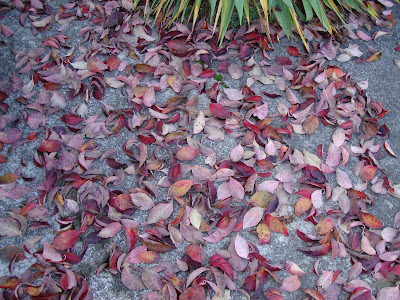 I was actually starting to embrace the idea of fall, before escaping to sunny California where I willingly stepped back into summer, complete with flip flops and sun burns. What a shock it was to return to the Pacific Northwest. As we drove north along I-5 the mountains of Southwestern Oregon were alive with fall color, I have to admit it was beautiful.

I couldn’t help wondering what my garden would look like, I checked the Portland weather a few times while we were away (it’s an addiction), there was a lot of rain and some wicked winds. Saturday, the day we returned, we lucked out with sunny skies…what a treat. Several plants in the danger garden are showing the effects of the cooler temperatures, including Clifford (Magnolia macrophylla)…who doesn’t really impress with his fall color. His leaves turn golden with splotches of brown, it’s the same with the Hosta leaves you can see on the lower left. 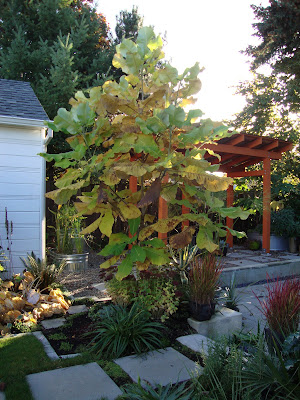 The Tetrapanax leaves are also starting to turn gold. But the Echium is hardly fazed (it's the big green mass below with the pointy leaves). Unfortunately it’s going to take a very mild winter for this one to make it till spring. but a girl can hope. Can you believe I brought this plant home from the NW Flower and Garden show in Seattle on an airplane? In a small tote bag? 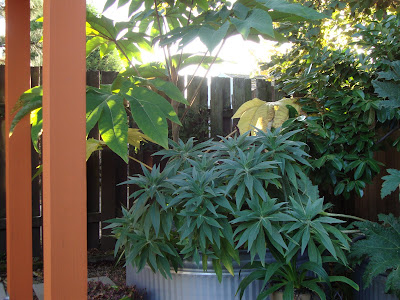 The Solomon’s Seal has turned golden… 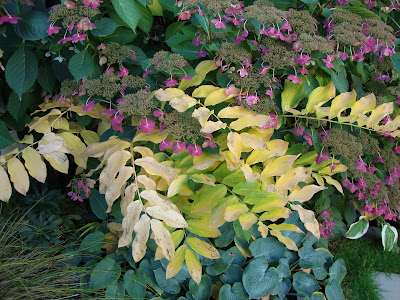 And the Peony foliage… 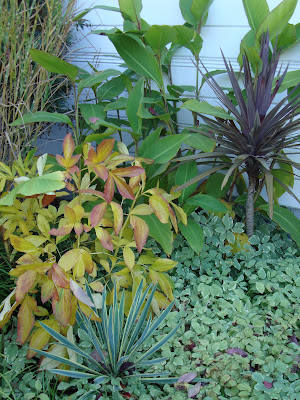 Eucomis Oakhurst falling every which way. 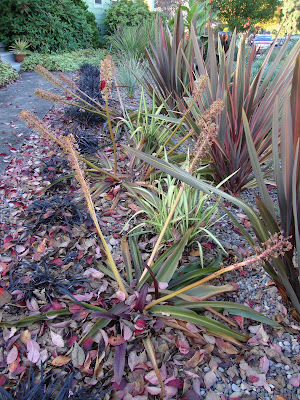 And this one remaining upright… sort of... 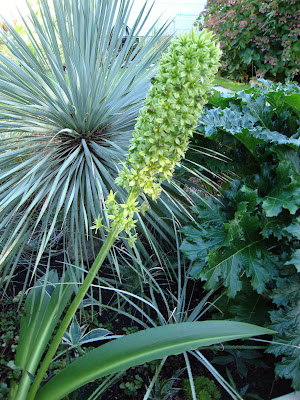 This silly Abutilon has more blooms and buds on it now than it has had all summer! 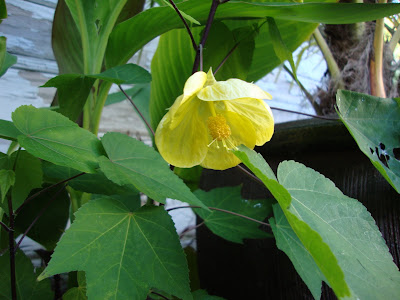 The same for this fuchsia, which I bought on a whim three years ago, and it refuses to die. 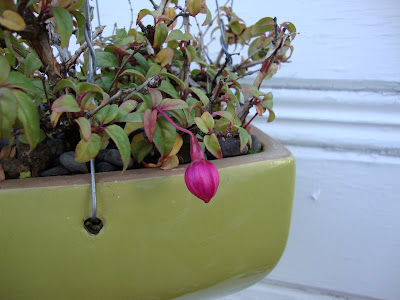 I left town thinking the Canna maybe frozen mush when we returned, not the case. 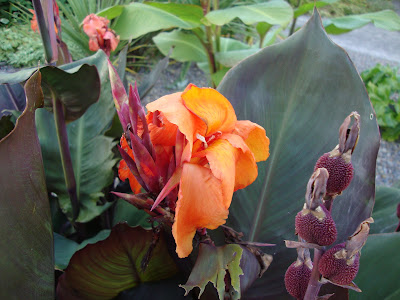 The same for this Ensete Maurelii. I have given up trying to winter over this plant and just replace with a new one in the spring. This one hardly seems to notice summer is over and is going strong. Perhaps I’ll try, just one more time, to winter one over. 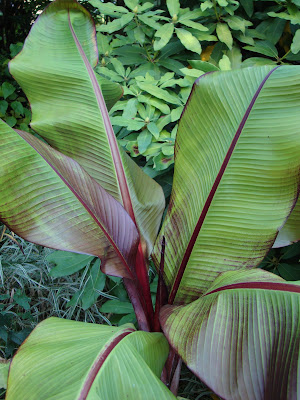 There are still a few green tomatoes hanging on. I realize they are never going to ripen but they look so full of possibility. 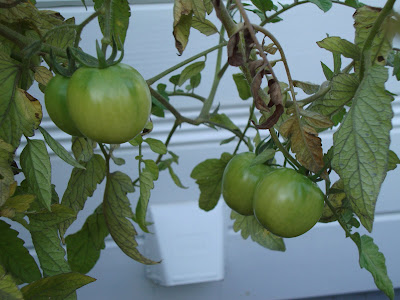 And the Fatsia Japonica blooms are looking so “sputnik”…I love them at this stage. 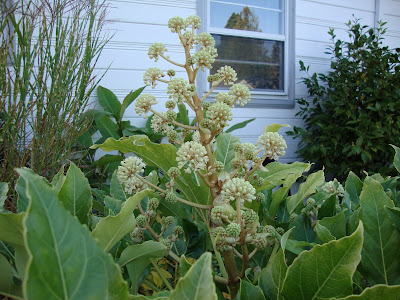 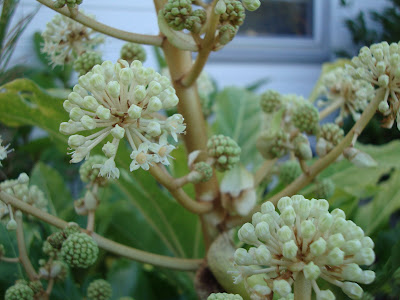 All in all things weathered the two weeks without me just fine. The garden has progressed effortlessly into fall, now I need to catch up.